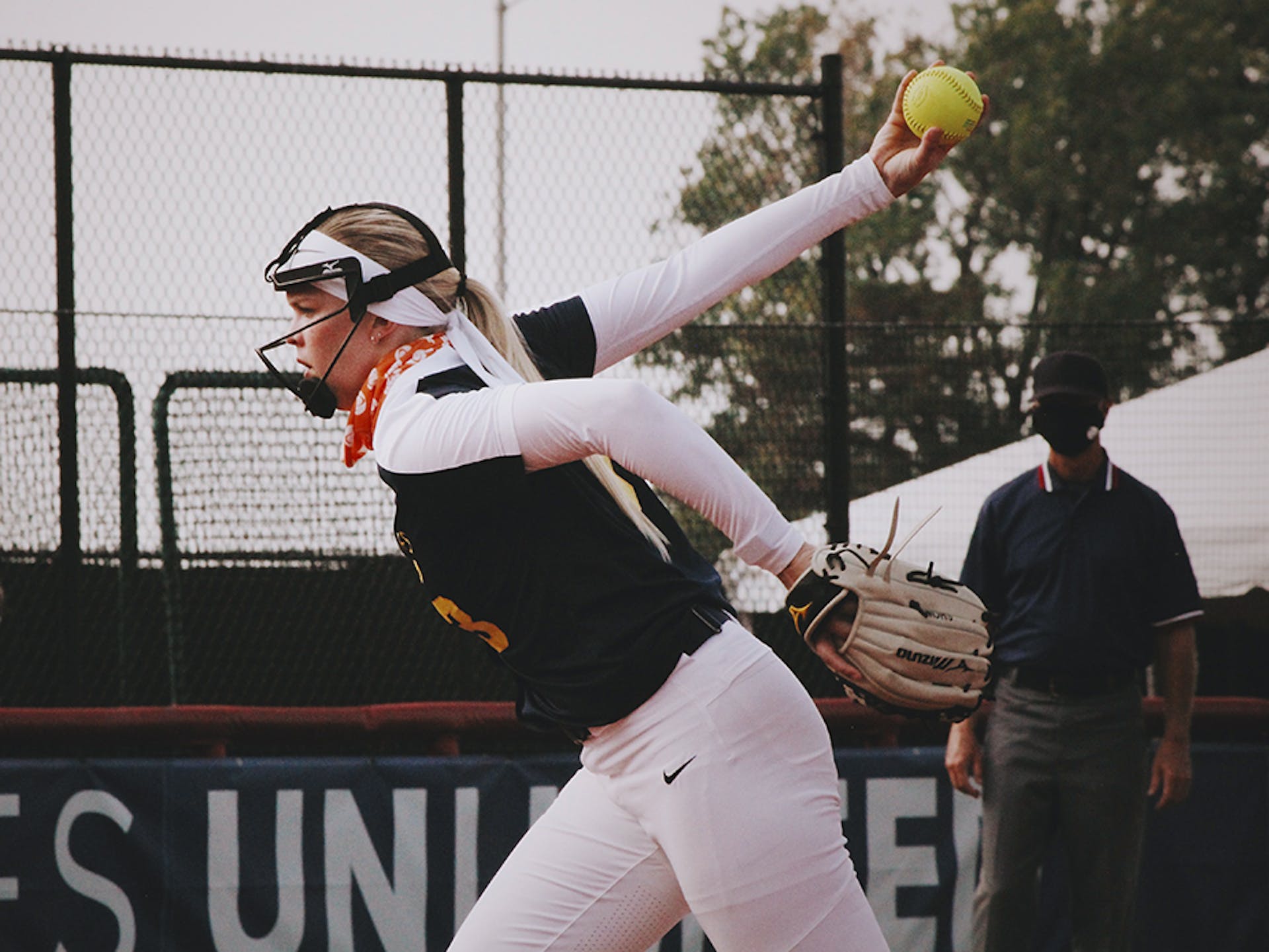 With the temperature a searing 96 degrees, Samantha Show fired a first pitch to Hannah Flippen to begin the first of four scrimmage games as Athletes Unlimited prepares to kick off its inaugural season Saturday.

Captain Show’s Gold team scored single runs in each of the second, third and fourth innings to defeat the Orange team, captained by the legendary Cat Osterman, 3-0.

Overall, the game was well played and fast paced, and it should be a harbinger of things to come for this unique season.

The Gold team got a sacrifice fly from Shelby Pendley in the second for 20 points (10 from the rollover from the first inning and 10 for the second), a booming home run to center field by Haylie McCleney to lead off the third for 10 points, and a run-scoring single by Aubrey Leach in the fourth for 10 more.

For winning the game, Team Show earned 50 points, plus 70 points for capturing the points for all seven innings – a grand total of 120 points.

Gold team relief pitcher Haylie Wagner was impeccable. The lefty out of the University of Michigan came in with two runners on base and nobody out in the top of the third. She retired the next three batters to quell that threat and gave up only one hit in five innings. She finished with a flourish, striking out the side in the top of the seventh.

“It was the first game back, and I just wanted to get into a groove,” Wagner said. “I knew I had to have [Show]’s back there, and the fielders behind me made some great plays. I felt pretty good overall. My mechanics weren’t quite where they need to be, but I felt very good.”

For the Orange team, Osterman worked three innings, giving up three hits and two runs. She received 36 points for the outs recorded but had 20 points deducted for each earned run allowed, giving her 16 individual points.

On offense for Orange, Flippen earned 20 points for a walk and a single, as did Amanda Chidester.

The top four players from both scrimmages today will become captains for tomorrow’s matchups, while the top four point scorers from both days combined will take the captain spots for Week 1 of competition.

The day marked the beginning of Athletes Unlimited with a medley of national anthems for the countries represented in Athletes Unlimited Softball followed by the Star Spangled Banner. For Wagner, the day was even more special because of her time spent with the Chicago Bandits, who call Parkway Banks Sports Complex home.

“It’s great,” she said. “I love being home here. This is another home for me. It’s amazing what Athletes Unlimited, the Chicago Bandits and Rosemont have done for us. I couldn’t be more thankful for this opportunity, playing on this field. It’s really amazing.”

Although it may be difficult to get goose bumps in sweltering heat, Wagner said Monday was an exception.

“It was absolutely unbelievable,” Wagner said. “I did get the chills. It really fired us all up. It was the perfect opening ceremony for this historical event, and I’m so glad I get to be a part of it.”