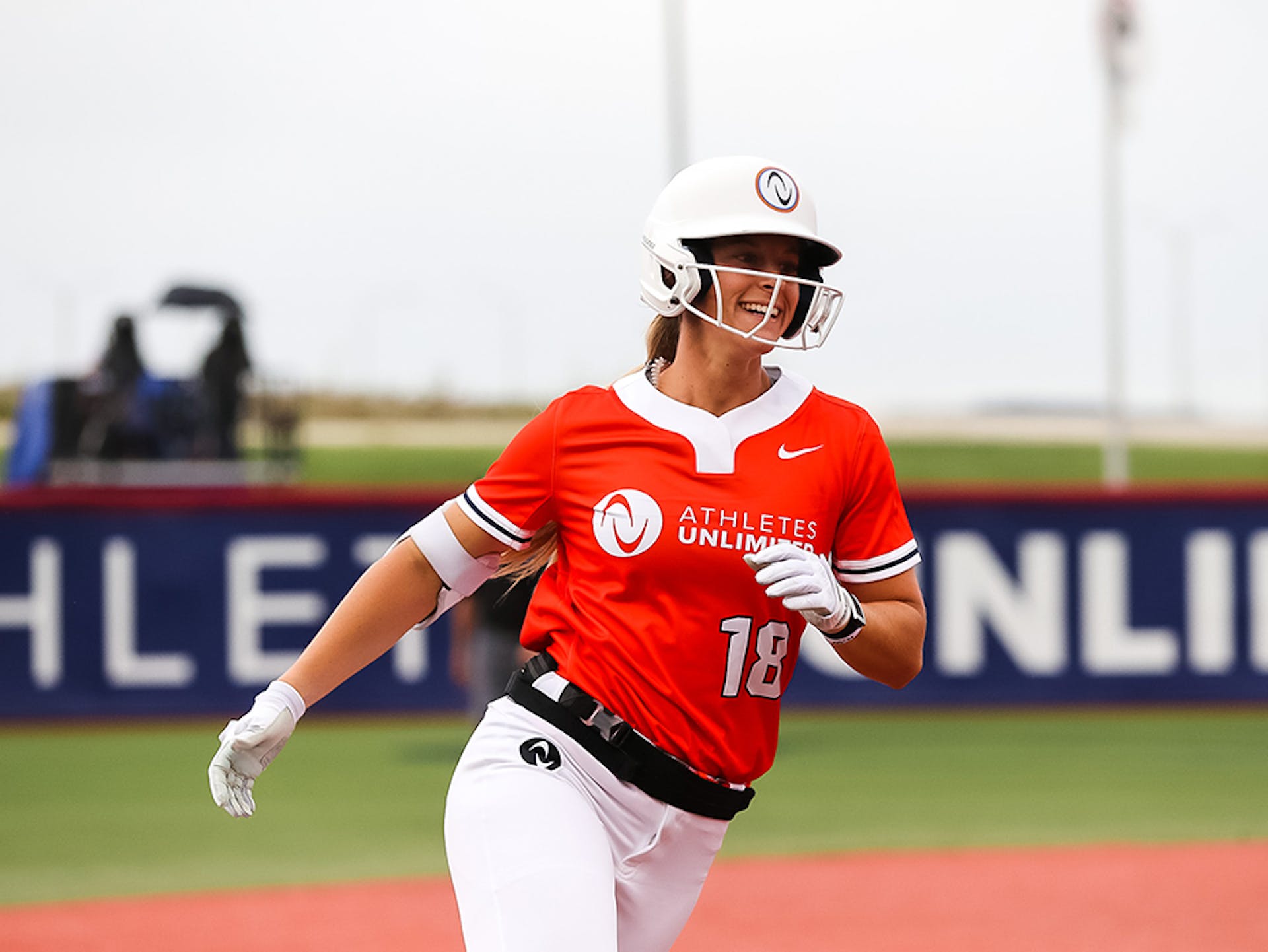 The power returned in a big way Saturday at the Parkway Bank Sports Complex.

After Athletes Unlimited Softball was dominated mostly by pitching in Week 1, the power hitters found their stroke Saturday in a 15-1 victory for Team Osterman over Team Vidales in the first of two games in Rosemont.

Osterman’s teams have scored 15 runs in each of their last two games, finishing Week 1 with 15 and beginning Week 2 with 15.

“We’re just going out every day as hitters trying to see the ball and hit the ball,” said Chidester, who leads the league with three homers. “Just having an approach and sticking with it. I do like what the hitters have been doing. It’s just been great.”

The first four batters of the game reached against Taran Alvelo. Aliyah Andrews singled over shortstop into short left field. Zerkle followed with her second home run of the season, an opposite-field drive to left-center. She hit none all of last season. Zerkle also walked, singled, doubled and drove in five runs.

What accounts for the recent power surge?

“I spent a lot of time in the weight room in the off-season,” said Zerkle, the game’s MVP 1, earning her 60 extra points, giving her a total of 258 points for the game and vaulting her from No. 20 to fourth on the overall leader board with 526 points. “I’m just getting more comfortable with my swing and utilizing it.”

“Just some mechanical adjustments to make sure I’m getting on time and getting to the ball most efficiently,” Zerkle said, before adding with a laugh, “I can’t tell everyone our secrets.”

Warren walked, and Chidester followed with her third homer of the season, another blast to left-center That prompted a change of pitchers, with Alyssa Denham replacing Alvelo.

Team Osterman wound up with five runs in the inning, sending 10 batters to the plate. Jordan Roberts added an RBI single to close out the scoring.

Captain Tori Vidales got her team on the board in the bottom of the first with a booming home run to left-center.

The home run barrage continued in the fourth for Team Osterman, with Stewart blasting her first of the season, a three-run drive to right center. Warren picked up her first homer and first hit of the year to lead off the top of the fourth. Warren’s homer went to straight-away center field.

Stewart gained 40 extra points for being MVP 2, while Warren added 20 for being voted MVP 3 by her peers.

There was a pass-the-baton mentality for the winning team Saturday.

“I think it’s just easy,” Stewart said. “We’re relying on each other. There’s no pressure. You’re just able to swing the bat free.

Osterman (2-0) pitched 5.2 innings for Team Orange. She gave up two hits and one run while walking three and striking out four. She gave way to Randi Rupp, who retired all four batters she faced.