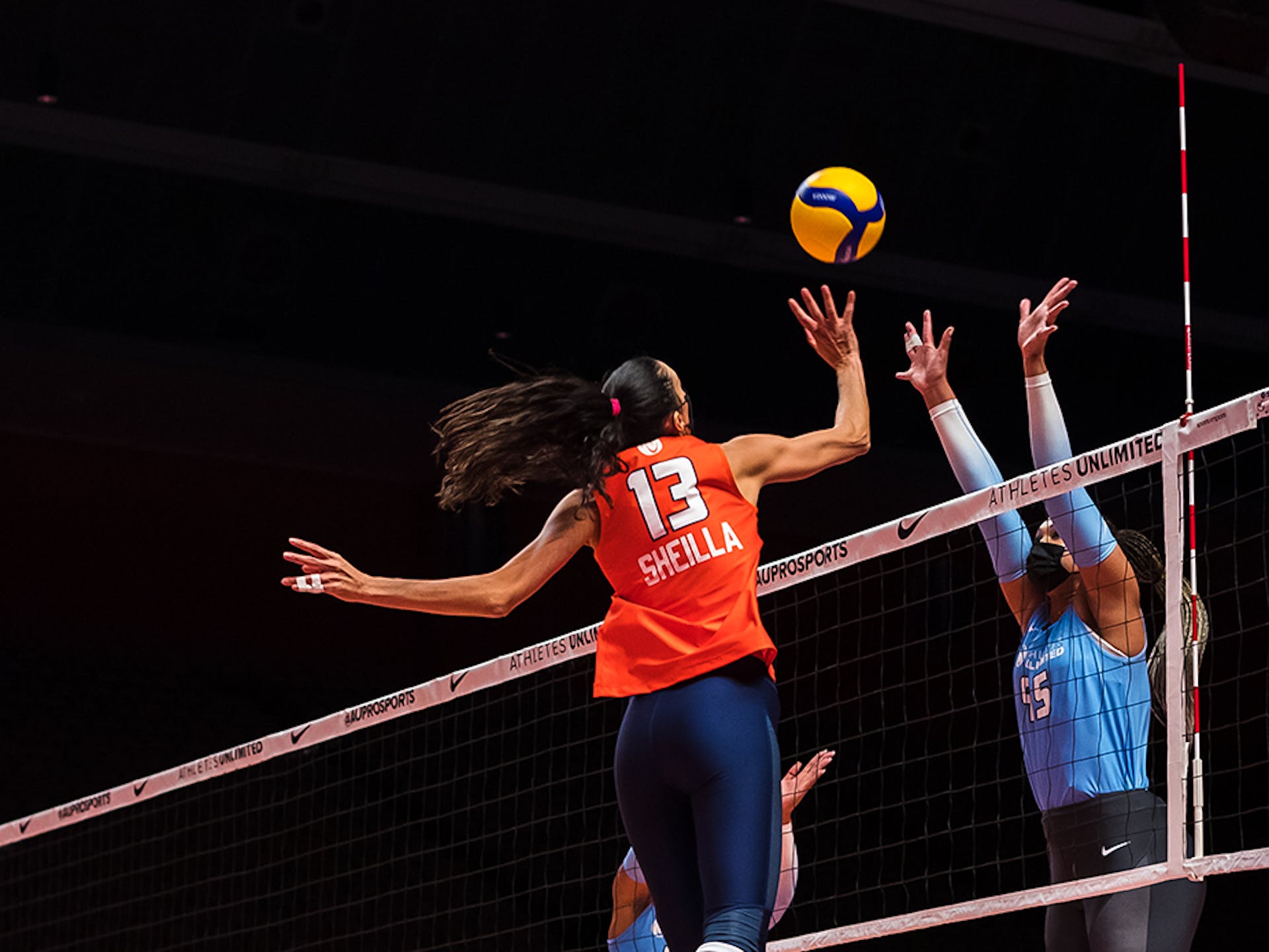 Two-time Olympian Sheilla Castro is one of the greatest volleyball players in her generation with two gold medals and nearly 20 individual awards to her name. She has played for clubs in Brazil, Turkey, and Italy, in addition to entering her second season with Athletes Unlimited.

After nearly two decades of playing professionally, Sheilla announced her retirement from the Brazilian national team following the 2016 Olympics. Two years later, she became a full-time mom, welcoming two twin girls. The itch to play volleyball remained, however, and after a three-year absence she returned to the national team in 2019. Castro played in both the 2019 FIVB World Cup and the 2019 South American Championship.

In 2021, she found herself in Dallas, Texas playing in Athletes Unlimited’s inaugural season where she appeared in all 15 matches and played in 39 sets. Castro finished 19th on the leaderboard with 2,350 points. An opposite hitter, Castro registered five matches with 10 or more kills, and set a season-high with 16 kills in a match.

While she acknowledged Athletes Unlimited’s inaugural season was a challenge for various reasons, she’s excited and ready to take on year two.

Ahead of the season, she looks back on her previous volleyball experiences and prepares for what’s ahead:

Up to this point, what has been your favorite part of your career?

It was winning the two Olympic gold medals (Beijing and London).

What brought you back for a second season with Athletes Unlimited?

I had a fantastic and different experience with Athletes Unlimited last year, and I love challenges, so I think it’s a great idea to keep it up and contribute to this ambitious project.

What did you learn from playing in the first season?

It’s indeed a short season with a different style of dispute, but it’s a lot of fun. The game is not only on the court, but outside with strategies to make right choices. Drafting is not easy as a “dream team” on paper doesn’t mean a champion team on the court.

Has the different format changed the way you’re preparing for the season?

Not much, but I know that I need to fit different styles and sometimes even positions. It’s an individual competition played in teams.

Have you kept in touch with any of the athletes you played with during season one?

What are you looking forward to most this season?

To win! Just kidding. Of course I want to always be on the top of the podium, but I also want to support Athletes Unlimited in this ambitious project.

What are your goals for this season?

I want to improve my position from last year, also knowing that is hard because I will not play the last three matches. And I want to help the league grow, have more fans, views! I want to help volleyball in the United States be really big, not just the national team or university but pro volleyball!

Sheilla will take the court with the rest of the Season 2 roster beginning March 16.