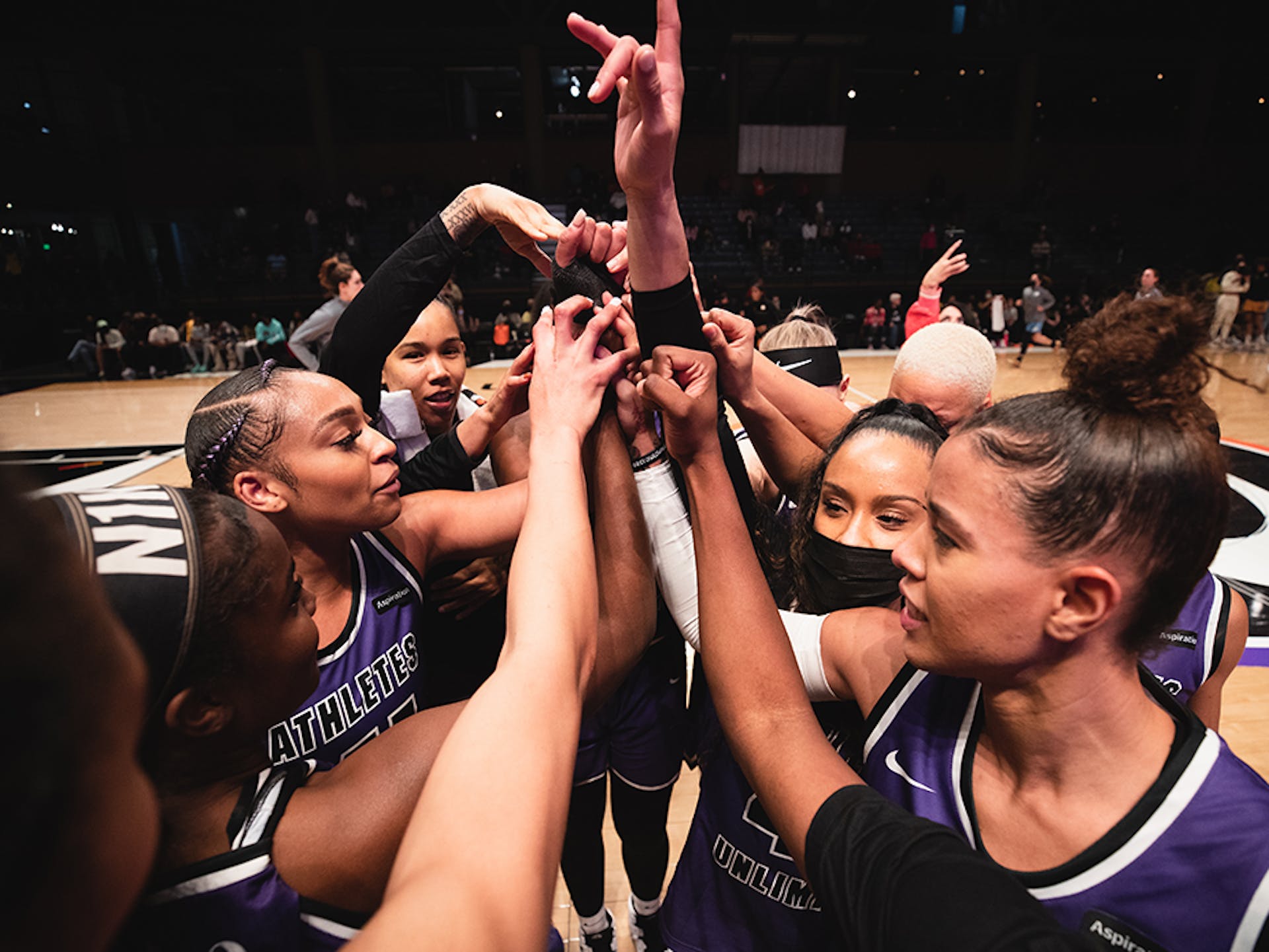 On National Girls and Women in Sports Day, representation is key

Representation was the common denominator among a collection of Athletes Unlimited Basketball players who reflected on National Girls and Women in Sports Day.

They spoke about roles women played in their lives when they were starry-eyed little girls dreaming of being professional basketball players, and the roles they now play for little girls and young women watching them.

“I had really great women to look up to and to kind of model myself after and to create that dream in me as a little kid of, ‘Okay, I want to be a woman athlete,'” said Natasha Cloud, who has been one of the main faces of AU Hoops since its inception. “I now fall into that role and so I don’t take that role lightly. I take that with great responsibility because representation matters. Especially in this women’s game.”

AU Hoops tips off its second week of the season on the annual holiday that has evolved into a well-deserved acknowledgment toward the accomplishments of female athletes.

“It’s gonna be a great day to come out here and play and I hope that we can fill the stands, especially with young girls,” said Cloud, who finished the first week atop the leaderboard. “Again, that representation matters, to be able to see themselves in us, actually playing on the floor is going to make the world of a difference in creating some dreams for those girls.”

The spotlight of this special day not only reminds the throngs of girls and women in sports about positive influences from sports participation thanks to role models such as Cloud and the 43 other women participating in AU Hoops, but is a good reminder of the continuing struggle for equality for women in sports.

“Once upon a time there wasn’t even a girls and women in sports day,” DiJonai Carrington said. “So we’re making progress towards the ultimate goal of equality across the board – men’s, women’s and everything in between. It’s nice to be recognized and I think that’s the first step toward progress.

“Representation is a huge thing and I’m hoping that being here in Vegas, there’s so many good high schools and young sports programs, that I’m hoping we can get out and, safely obviously, mentor to them and get them to come and watch AU basketball all around the Vegas area.”

For Kirby Burkholder, this year’s holiday is personally special since she’d normally be playing in Europe, where she says the holiday is also widely recognized.

Burkholder said knowing it’s always been harder for women to get support and love for what they do athletically, she too embraces being an inspiration for other little girls who can envision doing whatever they want by putting their minds to it. Burkholder is thankful Athletes Unlimited has given her an avenue to generate enthusiasm for others.

National Girls and Women in Sports Day isn’t only for the athletes, either, but it also recognizes and honors female coaches and leaders, inspiring girls and women to play and be active in every aspect of sports, allowing them to build confidence, strength, and character, with hopes of unlocking their full potential to become powerful leaders in whatever sport and role they choose.

“It’s about representation,” Isabelle Harrison said. “Showing little girls that you can go to a big stage and continue to play a game that you love. And to have the league, to have AU, just being able to show girls that you don’t have to start playing basketball when you’re young. There are leagues out here to support you to help provide for your family and you can still have a competitive league and do your best.

“I think that day is amazing and I think it helps keep girls’ little dreams come true.”

Alisha Childress comes out of retirement to join Athletes Unlimited