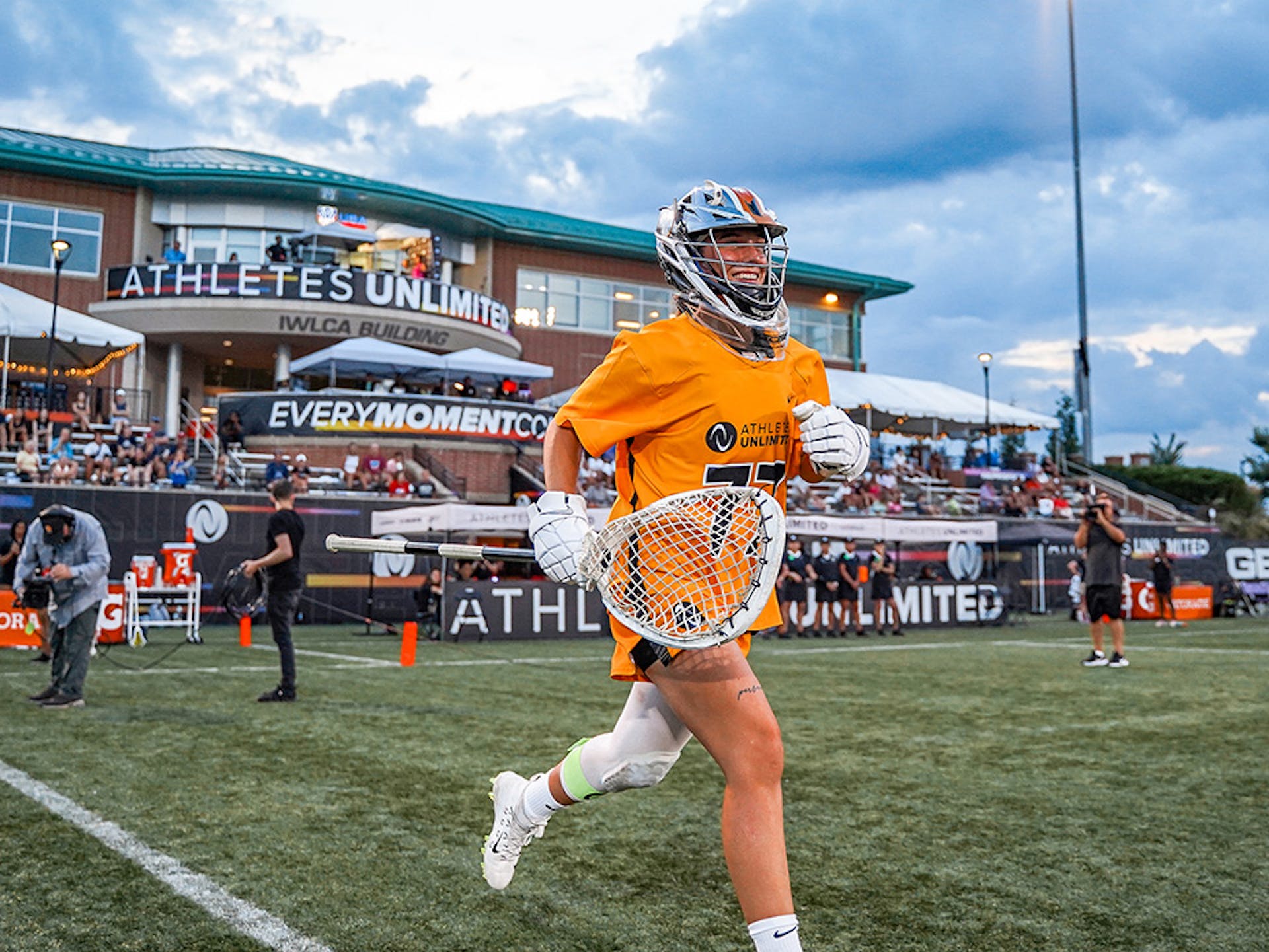 Four exciting weeks culminated with a pivotal match up on Sunday afternoon as attacker Sam Apuzzo and goalkeeper Taylor Moreno vied to cement the title of 2022 Athletes Unlimited Lacrosse Champion.

A pivotal match up turned into a pivotal quarter as Team Moreno won the third quarter of Sunday’s finale, worth 40 points due to rollover win points, which pushed Moreno 11 points ahead of Apuzzo.

Aided by a high-scoring game by Kenzie Kent in a 9-7 victory and a 10 save performance of her own, five of which were on shots by Apuzzo, it was Moreno who ultimately earned the title of Champion.

Moreno (1,798) etched her name into the AU record books during Week 3 of the season when she broke the record for most saves in a season, previously set by goalkeeper Britt Read who nabbed 100 in 2021. The three-time captain finished the year with 131 saves, led all players in stat points (692), had 11 double digit save performances, and posted the best save percentage at .560.

Attacker Apuzzo finished the season second on the leaderboard with 1,782 points – 16 behind Moreno. She led the league in assists (16), adding 24 goals. The four-time captain led her teams to two undefeated weeks to begin the season and tallied the most win points of any athlete with 1,130. She also led the league in MVP points (270). Apuzzo also had the best record of any player at 10-2.

Rounding out the top four are midfielder Ally Mastroianni (1,399), and Read (1,394). Mastroianni tallied 19 goals, including a 2-point shot, and 10 assists in her rookie season, and ranked fourth in draw controls (40). Read posted 101 saves and a .52 save percentage.

Winning the 2022 GEICO Defensive Player of the Year award for the second consecutive season is Block, as voted on by players, facilitators and members of the Unlimited Club

Block (1,023 points) caused 15 turnovers, collected 22 ground balls, and won 14 draw controls this season. She also scored her first professional goal against Team Glynn in her final game of the season.

“It’s such an honor to be named GEICO Defensive Player of the Year among such an elite group of athletes who competed in Athletes Unlimited Lacrosse this season. I think everyone on the All-Defensive Team are amazing players and I was lucky enough to play alongside Lizzie Colson and Emma Trenchard at the World Cup before AU started,” Block said. “Kudos to GEICO for supporting the defensive side of the game which isn’t always recognized and congrats to all the players on another successful season.”

“Congratulations to Taylor Moreno on becoming our 2022 Athletes Unlimited Lacrosse Champion and Becca Block for winning the GEICO Defensive Player of the Year award. After having to go to unprecedented lengths to crown a champion, this season will truly be talked about for many years to come,” said Jon Patricof, CEO and Co-Founder of Athletes Unlimited. “I want to thank all the amazing athletes, our partners at ESPN and everyone else who made this season such a success. Lacrosse is truly a sport on the rise, and Athletes Unlimited is proud to be the premiere women’s professional league in the world.”