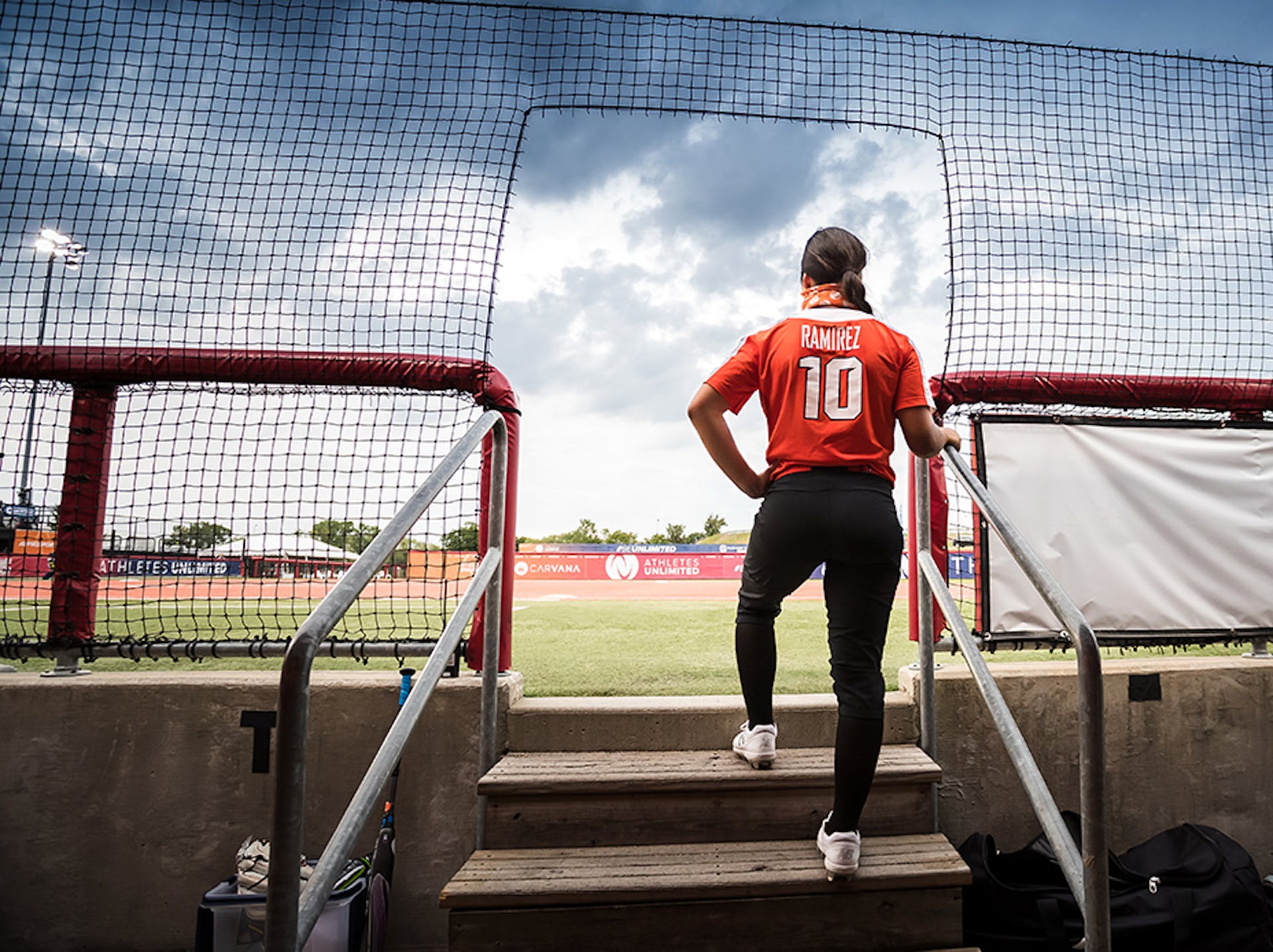 In the summer of 2019, I walked into an office in the heart of New York City to meet someone, who I was told, would be starting a venture that could very well revolutionize the landscape of women’s sports.

Entering into the meeting without any real understanding of what this person had begun to build, I maintained skepticism. This wasn’t the first time that I was approached to work on projects that had been dubbed as “revolutionary” in women’s sports, only to be disappointed.

I sat down in a room that overlooked Central Park, and waited for this so-called “visionary” to greet me. Minutes later, an energetic and enthusiastic man strolled through the door, wearing a button up, slacks, and sneakers.

“I’m Jon Patricof. Nice to meet you,” he said as he sat down across from me.

It was then when I began to learn about what he was building, how he thought sports leagues could be structured in a way that athletes benefited from, where fans could have more meaningful experiences, and where athletes could be given tools to be leaders off the field and court.

The idea of Athletes Unlimited was in its infancy, but they were on a fast track to put all the necessary pieces in place to kick off their inaugural softball season in the summer of 2020. After that meeting I was bought in despite not knowing everything. Patricof’s passion was contagious, and I wanted to be part of something that mattered, and more importantly for me, that could help build a greater platform for female athletes.

My work in women’s sports storytelling runs deep, as does my personal experience with being a woman in sports. I played golf competitively starting in elementary, all the way through the collegiate level at the University of Washington, and later qualified for the LPGA. I personally understood the obstacles and challenges that women’s sports faced to receive investment and recognition, media attention, sponsorship dollars, and respect. When I retired from playing golf, I found myself writing for ESPN, Rolling Stone, the Guardian, the BBC, and Teen Vogue about the inequalities that women in sports face. I wanted to make a difference and change the way female athletes were perceived, and knew that by telling the stories of the amazing women in sports it could help create a shift in the tide.

A letter to softball fans. Today is a new beginning for pro sports. #BeUnlimited

Not too long after my meeting with Patricof, I was brought into the fold of this crazy vision that he had, along with his co-founder, Jonathan Soros. It was clear that this was more than just a sports league to them. There was a mission and purpose behind what they were building, and investing in telling the stories of our athletes was a huge piece of that.

They knew that in order to connect with people, they needed to get that audience to connect with the athletes. That’s where my job came in, and I was tasked with assembling a content team.

Starting a team from scratch presented its own challenges, some that I felt equipped for, while other hurdles I faced humbled me. I quickly realized that anyone who worked with Athletes Unlimited needed to have the same passion to tell great stories about women’s sports. They needed to give female athletes the same deference that male athletes have received, and view them as equals.

Piece by piece, I was able to build a team who not only believed in the mission of Athletes Unlimited, but who craved to showcase our athletes as powerful, talented, and fierce. Each of us admired our athletes and the grit and determination it took to be the best at their sport.

Every Moment Counts Pres. By @MarinerWealth • @g_svekis shares an early story about tough love she received from a coach that made her a better player 💪🏻 #BeUnlimited pic.twitter.com/kPxgSXGWxz

And through that admiration, we were able to tell great stories about them and build an audience in six months that reached more than 160,000 across our social channels. It turns out, when you tell stories with passion and care, and give consistent coverage, it makes it all that much easier to build that audience.

We had videos that surpassed more than 2 million views on TikTok, videos on Facebook that received more than 400k views organically, videos on Instagram that had over 100k views, and articles that were shared by thousands of people. Over time, we were able to prove that people just needed to be given the chance to care about female athletes. As they say, if you build it, they will come.

The quality and impact of our storytelling is not something like I’ve seen before in women’s sports, particularly for a league that is so young and still has so many stories to unearth and tell. The content team at Athletes Unlimited believes that each of our athletes is unique and important, and that the world should know about who they are beyond their sport. Their greatness goes beyond being able to hit a home run or strikeout an opponent. Their greatness encompasses everything that they advocate for off the field and court, and encompasses their commitment to make sure every little girl who follows in their footsteps will be afforded more opportunities than they were.

“Let yourself completely fall in love with whatever you’re doing. When you truly love something, working hard at it is easy to do.” – @catosterman 😻 #BeUnlimited

As we wrap up our first inaugural season, I want to thank everyone who tuned in, who followed us, who commented on our pieces, who shared our content, and for caring about our athletes. You played an integral and important role in helping us reach a bigger audience, and made our athletes feel loved and appreciated.

We love telling the stories of our players, and equally love that you have felt inspired by them in the same way we have.

This is just the beginning, so stay tuned.

With the greatest appreciation and gratitude from my team to all of our fans,