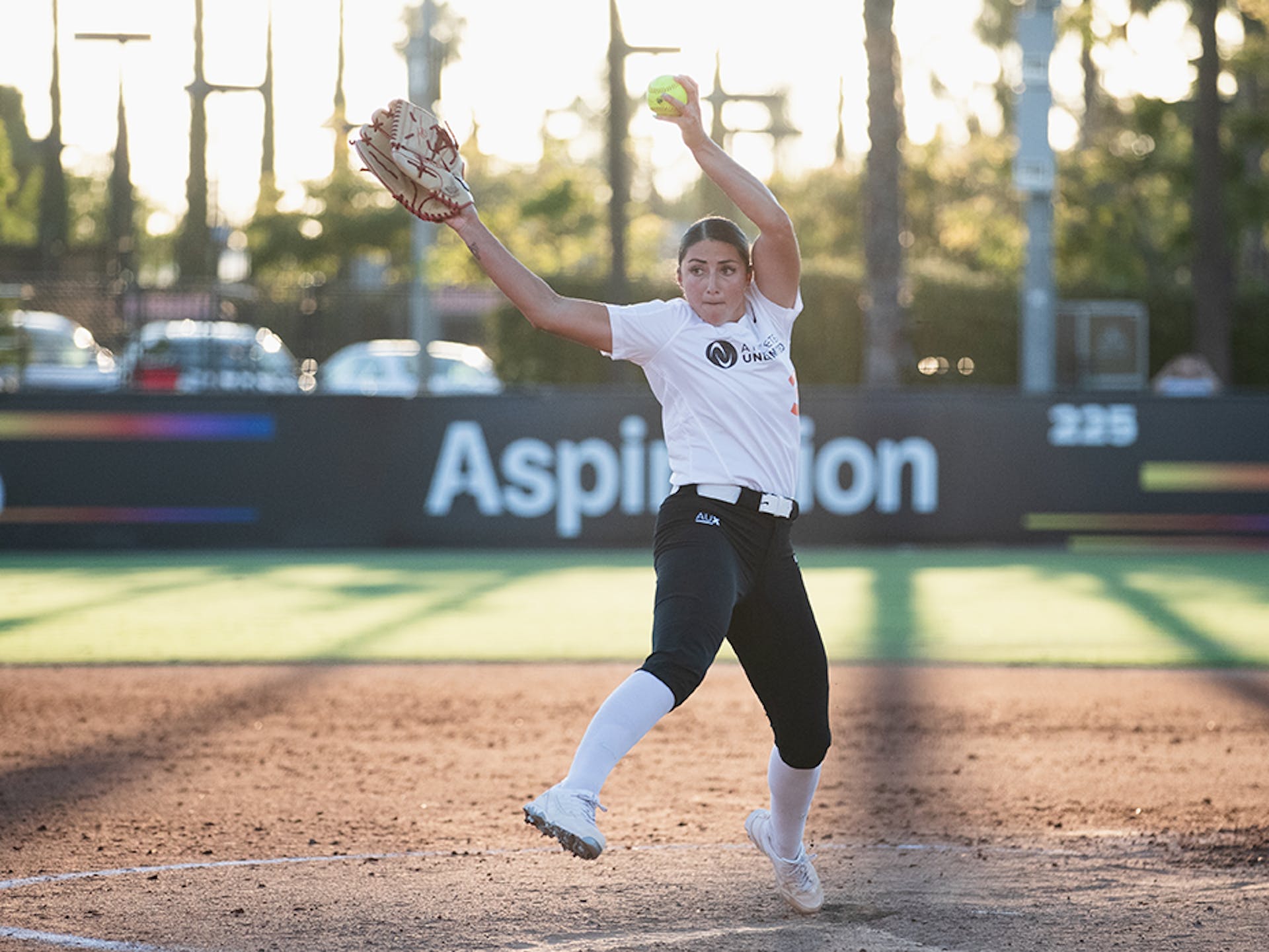 SAN DIEGO — You could make an argument that pitcher Rachel Garcia put together one of the greatest days in the history of Athletes Unlimited Softball and there is plenty of evidence to support it.

After leading Team O’Toole to an extra-inning victory against Team Zerkle to begin the day, the former UCLA standout decided she could do even more. And she certainly did, blasting two home runs and tallying 240 leaderboard points to lead Team O’Toole to a 7-3 triumph over Team Fischer in the nightcap at SDSU Softball Stadium.

Garcia, who earned MVP 1 honors in the opener, duplicated her efforts in the second game to give a league-high four MVP 1 awards this season. She also led her squad to 100 of the 120 possible win points in the victory.

While Garcia was the star at the plate, team captain Danielle O’Toole was putting her own stellar performance together in the pitching circle. O’Toole became the first pitcher to hurl a complete game in AUX Softball history, giving up three runs on 10 hits with three strikeouts.

Outfielder Victoria Hayward and middle infielder Sis Bates anchored the Team Fischer lineup in the loss, combining to go 4-for-7 with two runs scored and a walk. Both players authored a two-hit performance while Bates added a run batted in.

Team O’Tooke broke a 3-all tie by scoring four runs in its final three trips to the plate. Garcia’s first blast, a solo shot in the fourth inning, broke the deadlock before outfielder Aliyah Andrews scored in the fifth for a 5-3 advantage. Garcia completed the scoring in the sixth inning when she hit her second home run of the night, a two-run shot into the left field bleachers with no outs in the sixth inning.

Garcia’s impressive night vaulted her 22 spots up the leaderboard and she now stands second behind O’Toole with 1,188 points. O’Toole, meanwhile, owns the overall lead with 1,252 points. Corner infielder Amanda Chidester also made a six-spot improvement on the league standings and ranks third in the circuit with 1,064 points.

More Than Just a Girl's Version of Baseball: Here's What to Know About the History of Softball