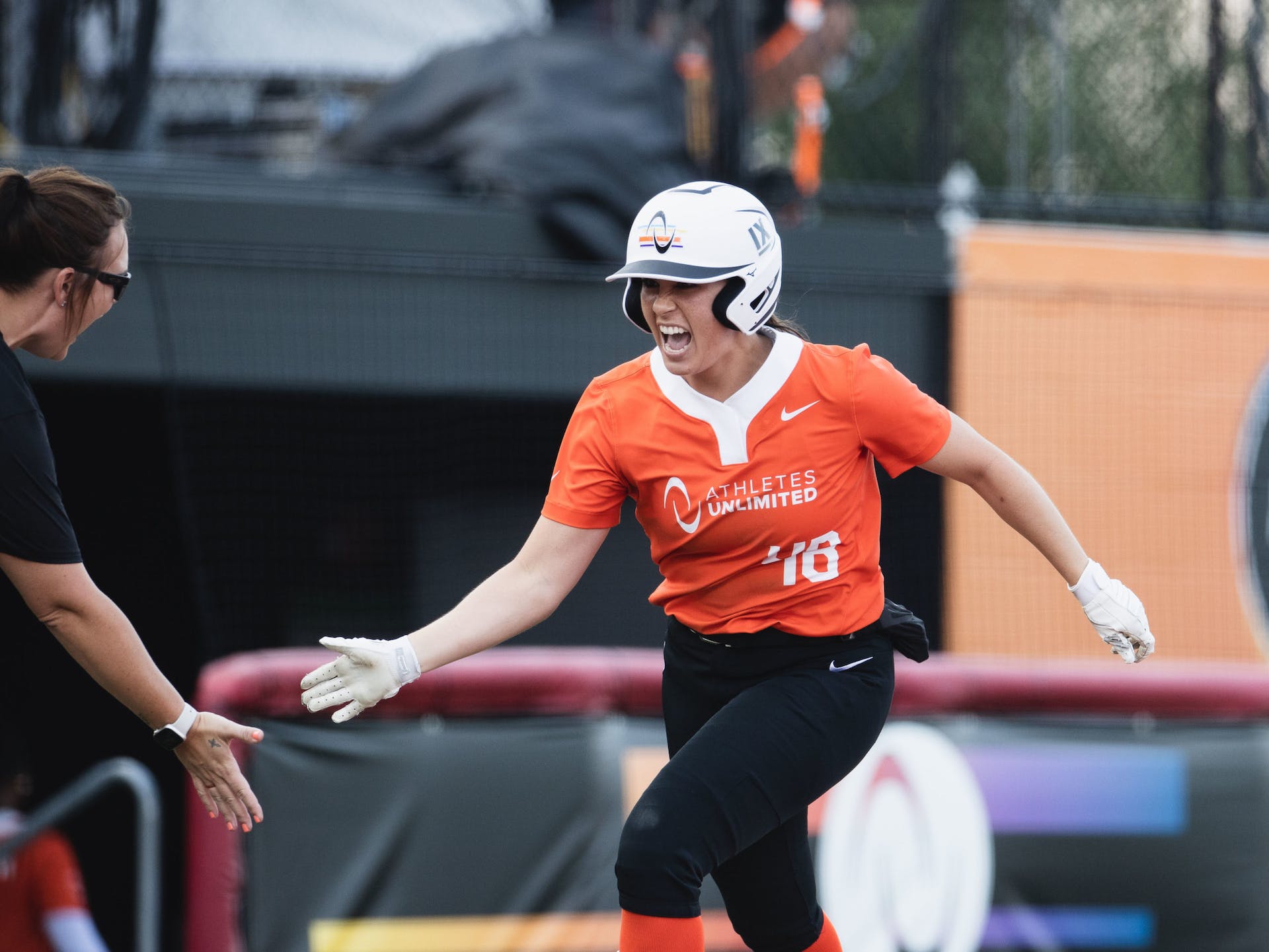 ROSEMONT, Ill. — A seven-run deficit with two innings to play? No problem for Team Jaquish.

After falling behind by an 8-1 margin in the sixth inning, Team Jaquish plated four runs in each of its final two trips to the plate to secure a 9-8 victory over Team Harshman in the first game of Saturday’s Athletes Unlimited Softball doubleheader at the Parkway Bank Sports Complex.

The victory allowed Team Jaquish to even its Week Two record at 1-1, while Team Harshman suffered its second straight loss.

Outfielder Bubba Nickles claimed 180 leaderboard points to lead all players after being named MVP 1 for her efforts. The former UCLA standout went 3-for-5 with three singles, including the game-winning hit in the bottom of the seventh inning.

Catcher Taylor Edwards garnered MVP 2 distinction after driving in four runs with a pair of hits, including a three-run home run in the fourth inning. Edwards tallied 120 points to anchor Team Harshman’s efforts.

Infielder Andrea Filler rounded out the MVP trio after securing the third MVP honor with a three-hit game, closing play with 150 leaderboard points.

After closing the gap to 8-5 with four runs in the bottom of the sixth inning, Team Jaquish completed the comeback by scoring four more runs in the seventh. The first three hitters reached base before a sacrifice fly by second baseman Janae Jefferson trimmed the gap to 8-6. Two batters later, catcher Sahvanna Jaquish tied the game with a single down the left field line before Nickles’ single to center field ended the game.

Nickles’ 180-point performance moved her into third place on the leaderboard with 610 points, an improvement of five places. She also stands 12 points behind Jaquish for second place heading into Saturday’s second game between Team Mulipola and Team Eberle.