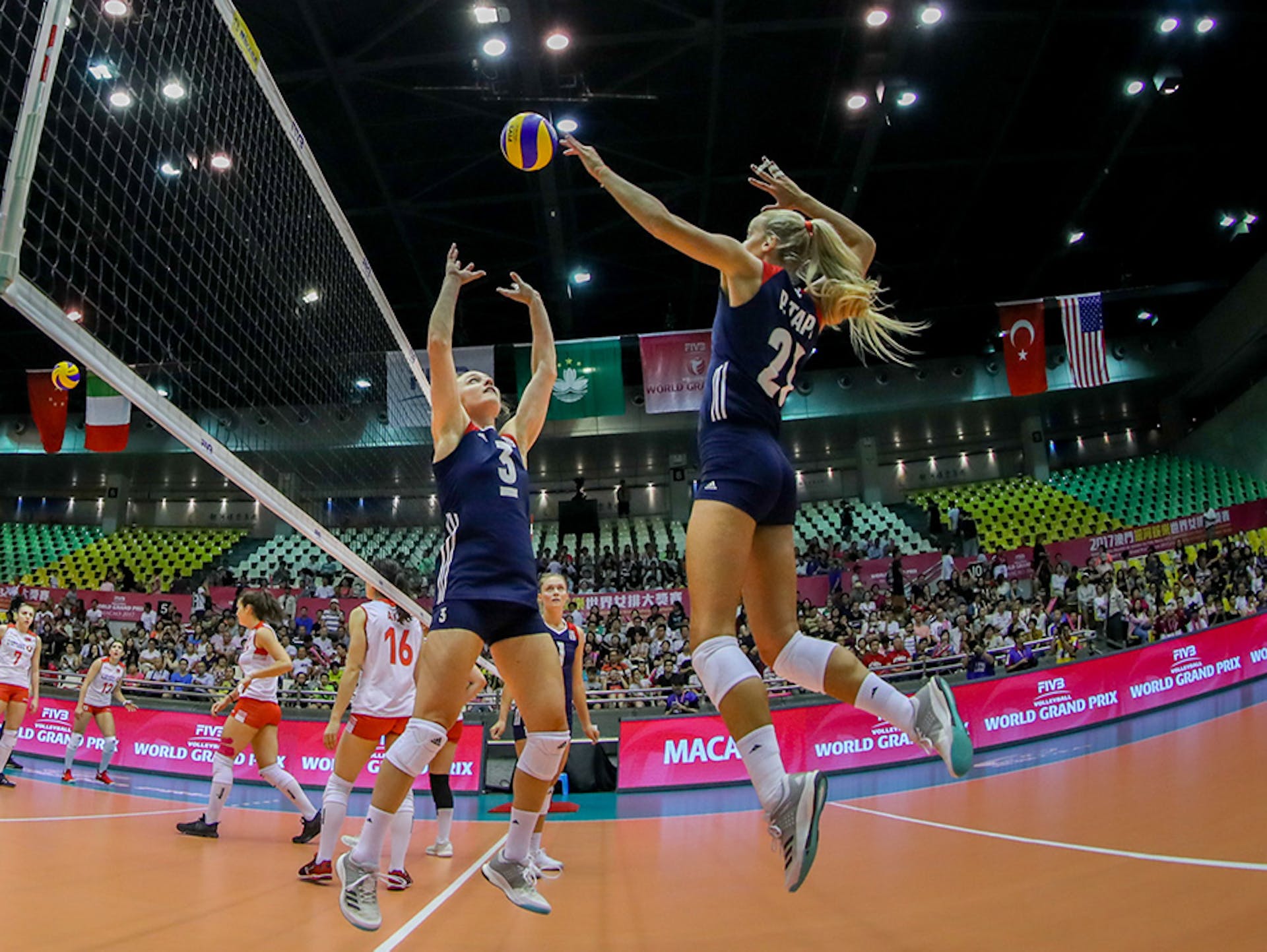 Following the 2018-19 season in Stuttgart, Germany, Paige Tapp didn’t expect to play volleyball again. That is, until Athletes Unlimited unexpectedly made her dream of playing closer to home come true.

Most athletes are well accustomed to making sacrifices throughout their careers. From spending hours training in the gym, to forgoing social outings with friends, and even missing events with family, to be a professional athlete, sacrifice is a requirement. In a sport like professional women’s volleyball where a league has not existed in the United States in recent years, those sacrifices also come with distance.

When recounting her experience, the tone in Tapp’s voice immediately perked up saying, “[Playing in Puerto Rico] was incredible. It was sunny and beautiful. We got to go to the beach in the afternoon and then practice in the evenings. It was so much fun. I made so many great friends.”

Following her stint in Puerto Rico, Paige went on to play in Germany for two seasons. “My second year we ended up winning the league, which was really special,” she said. Her team won the German Championship, something they had never done before, and a memory Paige says is one of her favorite experiences throughout her career.

Although her memories of playing internationally were largely fond, the sacrifices weighed heavily. Being in another country meant being away from her support system.

“It’s a little bit of a lonely life. You’re away from your family and loved ones,” Tapp said.

After evaluating her own priorities and taking her needs into account, Tapp decided to make a career change.

“I loved playing volleyball, but the piece where I couldn’t connect with my family, they couldn’t come to games, that whole support system wasn’t surrounding me – it was really tough for me. I was ready to come back to America.”

That’s exactly what she did by leaving her career behind and taking a job in marketing in California. While her everyday life was much different, she was grateful for the opportunity to be close to family and friends. Her family was now just a few hours away, something she missed while playing internationally.

When Tapp made the tough decision to give up volleyball, she thought she was giving up the sport for good, but to her, the choice was obvious.

“I thought, I can’t thrive away from all these people, so I have to make this sacrifice.”

Little did she know, the sacrifice was only temporary. Thanks to Athletes Unlimited, Tapp is able to continue living out her dream of playing volleyball, but this time, at home in the United States.

“I never imagined I could have this amazing opportunity to play in America. It’s a dream come true for U.S. athletes.”

I never imagined I could have this amazing opportunity to play in America. It’s a dream come true for U.S. athletes.
Paige Tapp,
Athletes Unlimited Volleyball, Middle Blocker

Women in the United States are often faced with challenging decisions and sacrifices when it comes to professional sports. Until Athletes Unlimited, the only professional opportunity a woman had to play was overseas. Like Tapp, many athletes carry the same burden of being torn between playing the sport and missing out on time with family.

Athletes Unlimited opened the door for that to change.

“I’ll get the best of both worlds. I’ll still get to play, and I’ll still be close to my family and friends and have a support system.”