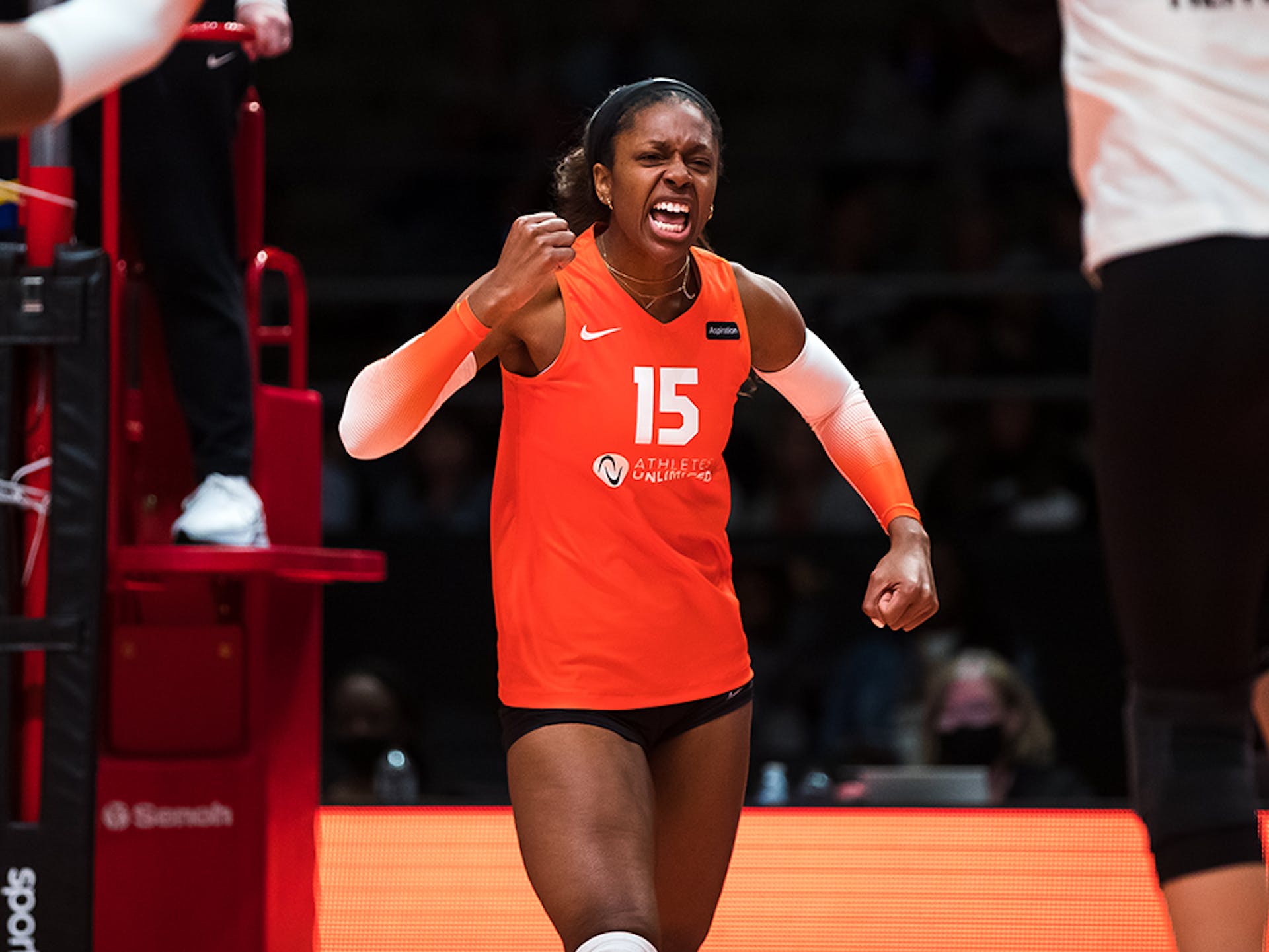 Just a few short months ago Naya Crittenden was overseas, frustrated and uncertain about what her future would hold.

She spent the better part of 2021 playing overseas, but after back-to-back injuries sidelined her, suddenly her future in volleyball became unclear.

Crittenden was playing in Turkey, a location she dreamed of playing in, when she injured her calf.

She pushed herself to return, finally achieving her goal of playing in the league, but she attempted to return too early and experienced another set-back. Now, the thing she had dreamed of for so long was seemingly slipping away.

She remained in Turkey for a few months, hopeful that her recovery would go quickly and she could rejoin her team.

“It was difficult for me mentally to go through that,” Crittenden said. Being alone in another country is hard enough, but being isolated in a sense because of her injury only amplified those feelings of loneliness.

It was in late December of 2021 that Crittenden decided to come back to the United States to finish her recovery.

“I think I healed faster coming home because I was able to mentally relax,” she said. She was stressed and felt pressured to heal while in Turkey, which she feels negatively impacted her body’s response to recovery and ultimately hindered her healing.

“The mental aspect is huge in recovery,” Crittenden said. Having the opportunity to recover at home allowed her to do so the way she needed to.

Crittenden spent January and February at home healing her body, but hadn’t actually played fully until she arrived in Dallas at the end February. She wasn’t sure how her body was going to respond. With her injury came mental roadblocks and trauma, so in addition to physically feeling uncertainty, the mental aspect was still a question mark.

Her injury happened when she was jumping for a ball and as a result, she initially experienced fear each time she attempted to jump.

“I was scared to hit fully and run on the court because I had no warning for my injury, it could happen at any moment and there was fear in that.”

It’s something she’s since overcome. “I feel really good,” she continued, “I’ve been able to jump and move and do everything.”

Coming into this season, Crittenden had goals like everyone else, but at the top of that list wasn’t a number. Instead, it was simply to feel confident again out on the court.

As the season comes to a close, Crittenden is proud of what she’s accomplished and grateful for the experience Athletes Unlimited has provided. Having the opportunity to play with former teammates and women she’s known for years has been an experience unlike any other and one she expressed immense gratitude for.

“Like any season, you have your ups and downs, but the most important thing is we get to be here together.”