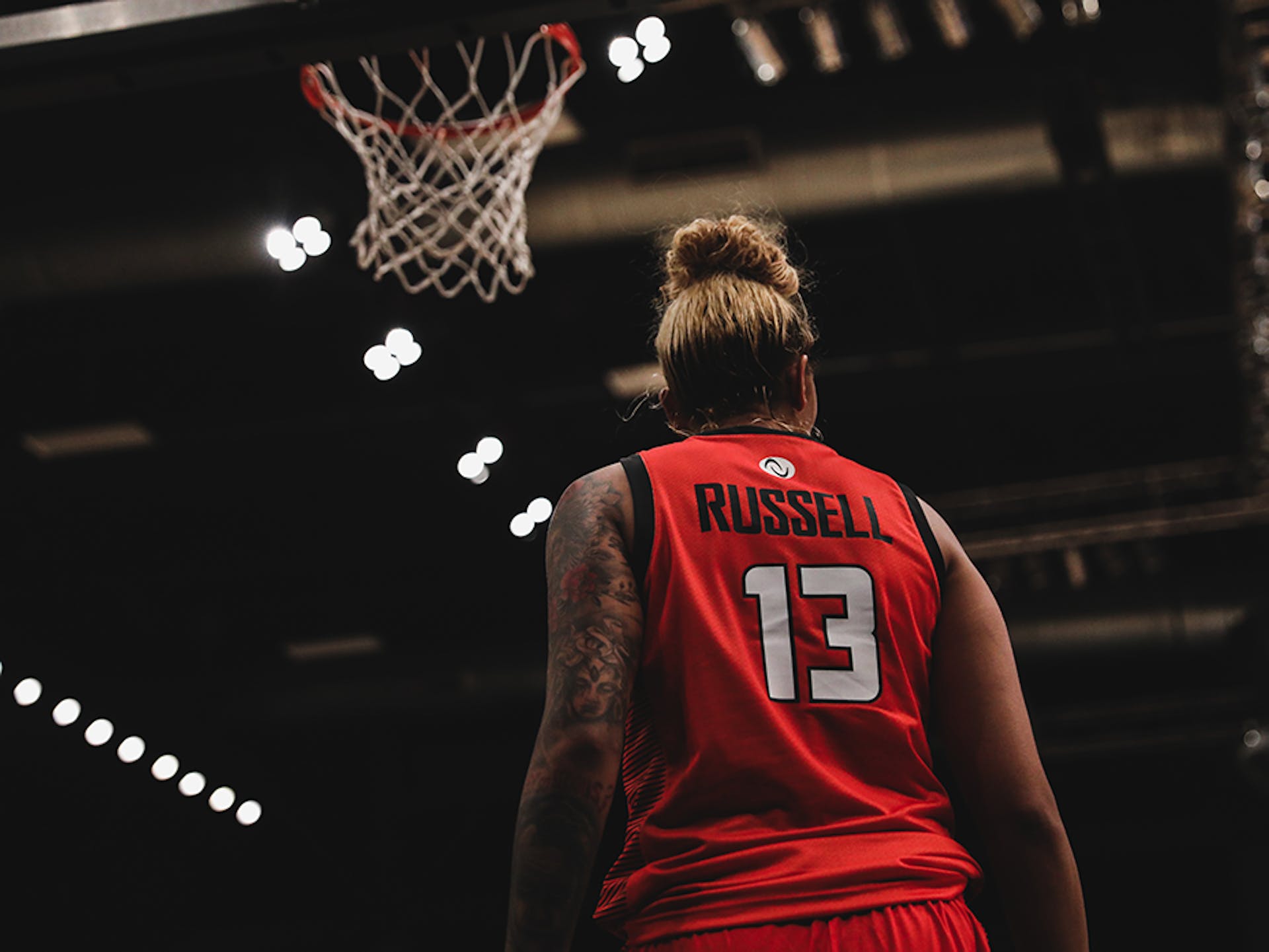 LAS VEGAS — If Week 2 of Athletes Unlimited’s inaugural basketball season is anything like the first, fans won’t be disappointed with the energy being felt throughout Athletes Unlimited Arena at Sport Center of Las Vegas.

“This league is so big on relationships and sharing everybody’s stories and loving each other and respecting each other,” said Lexie Brown, who currently sits second on the leaderboard. “It’s a vibe I’ve never experienced in any basketball situation I’ve ever been in in my life.”

By the looks of the new rosters drafted Sunday, an offensive explosion is bound to feed even stronger vibes than the opening week, as the anticipation for this week’s games has already begun.

Cloud will be rejoined by Ty Young, DiJonai Carrington, Marjorie Butler and Destinee Walker. The quintet was apart of Carrington’s squad that finished 3-0 and averaged 95.3 points per game. The five players accounted for 39.5% of Team Carrington’s 286 points with 113.

Joining them on Team Cloud, and expected to make an immediate impact, will be center Kalani Brown, who finished the inaugural week shooting 24-for-33 (.727) from the field while averaging 20.0 points per game. Laurin Mincy, Lauren Manis and Drew Edelman also put in quality minutes for their respective teams and should provide a boost to an already potent offense. Rounding out the supporting cast is Tina Roy and Grace Hunter.

Brown, who played on Russell’s team last week, will be reunited with Taj Cole. The guard tandem was unstoppable most times last week, providing a 1-2 punch on both the offensive and defensive ends. Brown finished with 36 points, 12 steals and eight assists last week, while Cole had 51 points, 15 assists and eight steals.

Brown and Cole will have nine new teammates, as Essence Carson, Kiki Harrigan, Becca Wann-Taylor, Tianna Hawkins, Jessica Juster, Imani McGee-Stafford, Shannon McCallum, Air Hearn and Briahannah Jackson were drafted to Team Brown. The guard-heavy lineup will certainly pose a threat from beyond the arc, while a drive-and-kick game may be imminent with plenty of slashers on this squad.

Harrison, Jantel Lavender, Dominique Wilson, Toccara Ross and Brittany Carter are back together for another week, after playing for Team Carrington in Week 1. Harrison and Lavender played major roles in keeping Team Carrington undefeated, and figure to be reckoned with alongside a physical cast that will be hard to bully in the paint. The pair combined for 99 points and 43 rebounds. Added to this group will be Courtney Williams, Kirby Burkholder, Danielle McCray, Akela Maize, Chelsea Phillips and Week 1 captain Odyssey Sims, who leads the league with 69 points.

Finally, Russell found room on her roster for four players she drafted for Week 1 with Takoia Larry, Antoinette Bannister, Nikki Greene and CC Andrews back for another round. Russell’s inside presence, which collected 28 rebounds, will blend nicely with Kelsey Mitchell, Rebecca Harris, Sydney Colson and MeMe Jackson, who all had big opening weeks for their respective teams. MeMe Jackson tallied 10 treys, which was the most of any player, through three games. Also joining Russell’s new squad are Antoinette Thompson and Danni McCray.

“The energy here has been just so positive,” Brown said. “Everyone I feel here is genuinely happy for each other and everybody wants everybody to do well. Because at the end of the day you need the team to win. And I think that’s the best part about this league is, yeah you can go off for 30, you can go 0 for 20, but you can contribute on other parts of the game then your team will win. Percentages don’t matter, you don’t got a coach screaming at you, you don’t have any of those factors that usually play in a basketball game.