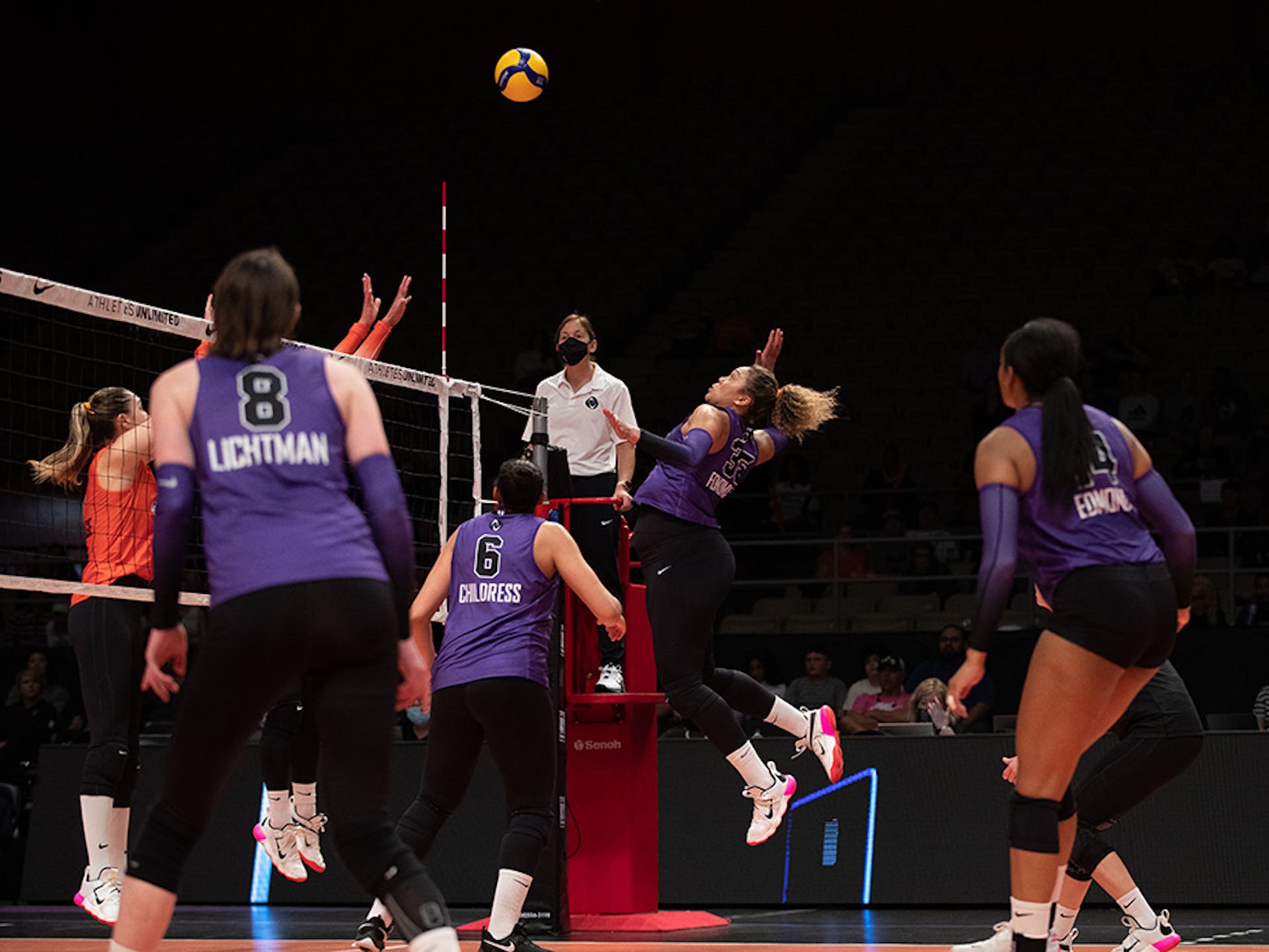 Edmond was the only player for Team Lichtman to reach double figures in kills after closing with 14 kills and a .265 hitting percentage. Opposite hitter Falyn Fonoimoana chipped in nine kills and nine digs while outside hitter and team captain Cassidy Lichtman posted seven kills and eight digs.

Edmond erupted for seven early kills to guide Team Lichtman to a 25-17 victory in the opening set. In the second set, Team Drews closed to within 24-23 before a block by middle blocker Emma Willis gave Team Lichtman the set victory and a 50-40 overall advantage. Team Drews avoided a three-set sweep by taking the final frame with a 25-18 verdict, including four kills from Fairs.

Team Lichtman secured 140 of the 180 possible win points with its two set victories along with taking the match result. Team Drews avoided a sweep with its third set triumph to earn the remaining 40 points. Hentz earned MVP 1 honors to finish with 306 leaderboard points, while Edmond followed with 278 points and an MVP 2 distinction. McCage secured the MVP 3 points and finished with 112 points.

Gano steps into box with different mindset for Season 3