Lacrosse and Softball tickets are on sale now! 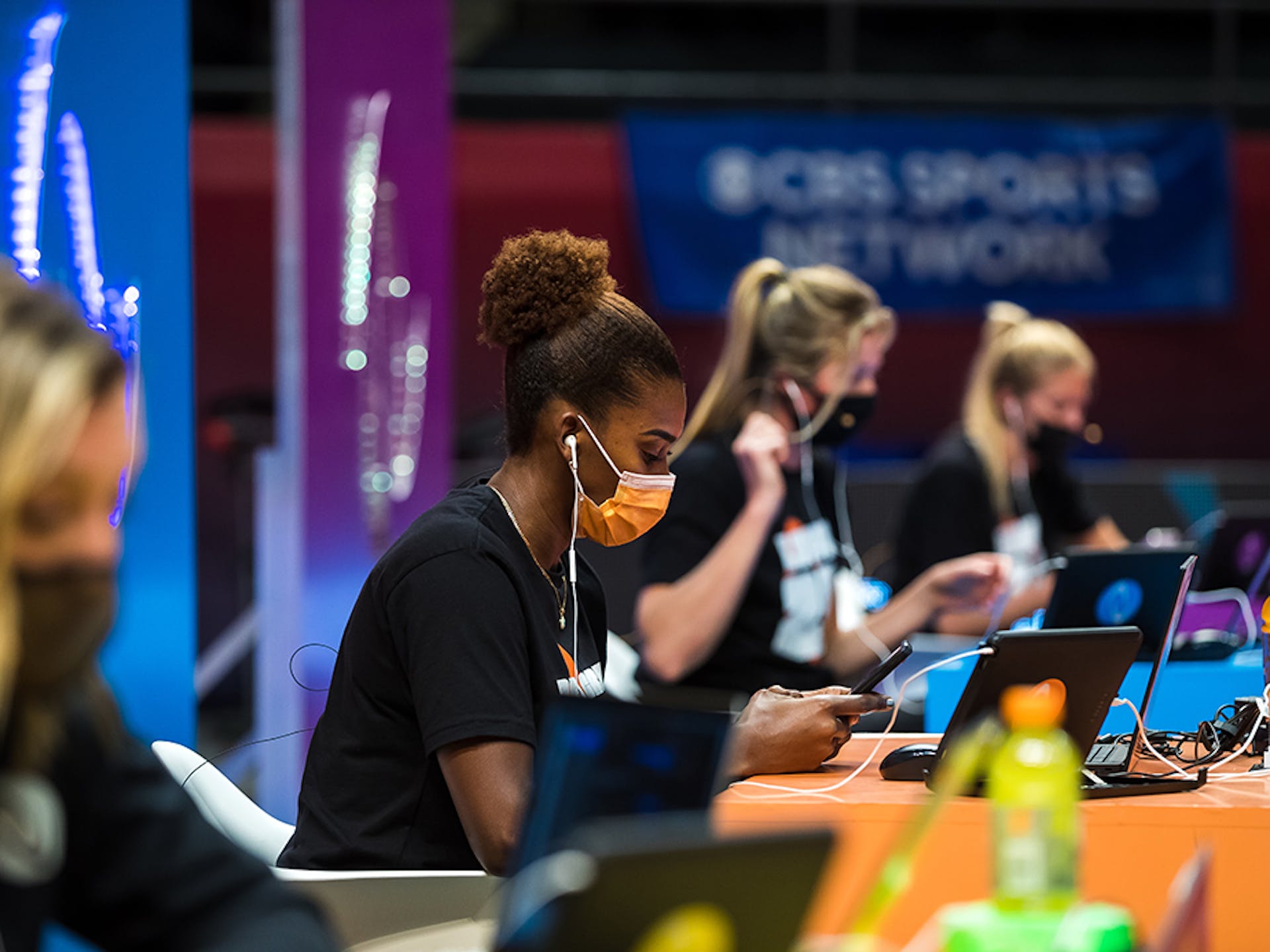 Aury Cruz selected No. 1 after strong performance in Week 4

Outside hitter Aury Cruz was the No. 1 pick in the final draft of Athletes Unlimited inaugural volleyball season. In Week 4, Cruz had four aces, 25 digs, and 35 kills on 75 attempts for a .387 attack percentage. Cruz’s performance made her an unsurprising first pick in the draft for setter Brie King (Purple), despite the fact that the pair haven’t played together since Week 2.

“I knew outside hitters were going to be in high demand with Leah [Edmond] being out, and I wanted one that I trusted to be solid both passing and offensively, and I think Aury’s the whole package,” King said. “Aury runs a fast offense, the same way I do, so I think it’ll be easy. We’ve kind of been chatting throughout the weeks about how we’re excited to play together again, so I feel like we’ll just carry on exactly where we left off.”

At the end of Week 4, King moved from No. 6 to No. 4, marking her first week as a captain. Opposite Karsta Lowe (Blue) maintained her position as No. 3, outside hitter De la Cruz (Orange) shifted from No. 1 to No. 2, and an undefeated weekend from Team Larson elevated outside hitter Jordan Larson (Gold) back to No. 1.

Lowe prioritized outside hitters early in the draft, selecting Deja McClendon as her first-round pick and Symone Abbott in the third round. Both Abbott and McClendon, along with four other players on Lowe’s final roster for the week, played on Lowe’s team during Week 4.

De la Cruz chose opposite Ebony Nwanebu as her first-round pick. Nwanebu accumulated 32 kills as a member of Team Larson during Week 4, and finished the week at No. 5 on the leaderboard.

Familiar faces also joined De la Cruz as part of her final roster. In Round 2, De la Cruz selected setter Kelly Hunter and libero Nomaris Vélez Agosto in Round 4. The three have been teammates for three out of the five weeks of the season.

Larson took Brazillian Olympian and Week 3 teammate Sheilla Castro with her first-round pick, and followed the pick with outside hitter Cassidy Lichtman. This will be Lichtman and Larson’s first time playing together this season.

In the fourth round, Larson chose setter Val Nichol, who returned during Week 4 from the injured list, and in Round 8 she selected Kaylee Manns, her primary setter from Week 4

“Sheilla had just come off of playing with Val, and we broke Val in last week,” Larson said. “I thought with them being in good rhythm, I can adjust to them. I obviously have a pretty good relationship with Kaylee, but I also knew that Sheilla and Cassidy haven’t played with her since the [pre-season] scrimmages, so I’m trying to keep it recent and make sure the relationships are still good.”