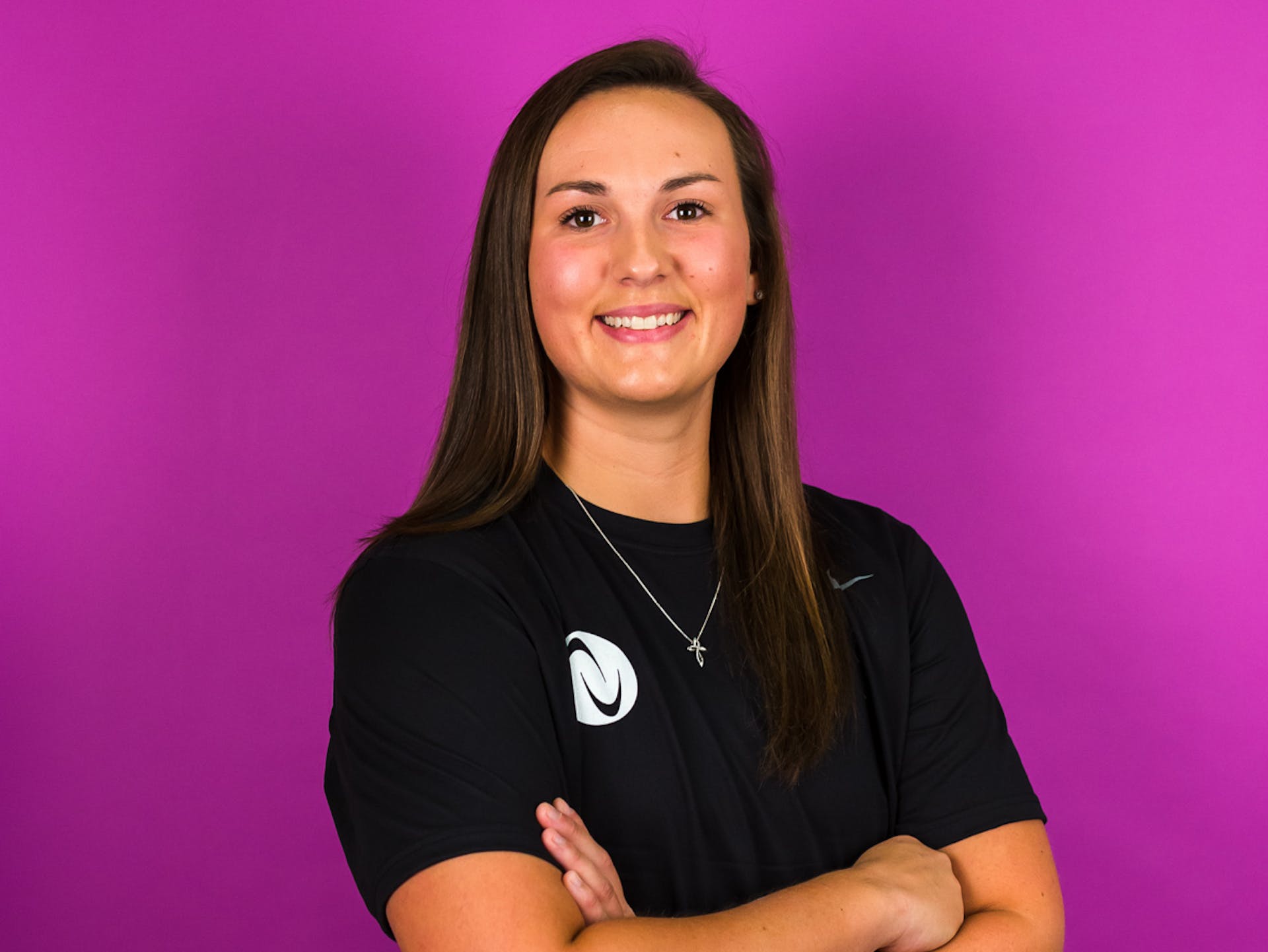 How Nicole Newman came back stronger after Tommy John

Whether indoors or out, there was no mistaking the sound when Nicole Newman pitched during Athletes Unlimited’s open softball tryouts in June.

You could close your eyes and hear a distinct “POP” to the catcher’s glove, and know it was Newman who delivered the pitch.

A combination of overpowering velocity and exquisite command earned Newman a contract to pitch in Athletes Unlimited’s second softball season, which gets underway Aug. 28 at the Parkway Bank Sports Complex in Rosemont, Illinois.

“It’s a huge honor,” said Newman, a national standout as a collegiate pitcher at Drake University and currently an assistant coach at Creighton. “Last year, when they started the first year of Athletes Unlimited, I got asked to play. I was training and getting ready. Unfortunately, I wasn’t able to play due to some health concerns. They called me for this year. I talked to some of the girls again. They said, ‘Try out, and let’s go from there.’ I was like, ‘All right, let’s do it.’

“I knew, from being able to play a little bit professionally after college, it’s one of the things where you know your body and you’re still able to do it, so keep doing it as long as you can. The sport has given me so much that I want to keep playing it and give back to those around me. I was fortunate enough to make it, and I’m definitely excited for the Athletes Unlimited season coming up.”

Newman has reached this point after coming back from Tommy John surgery while at Drake, and then becoming one of the most dominant college pitchers in the country.

2019 #NCAASoftball Statistical Champions 🏆@DrakeSoftball senior Nicole Newman led the nation with 4️⃣2️⃣3️⃣ strikeouts in the 2019 season – the most by 65! pic.twitter.com/U6022LedzD

It was during her junior season at Drake that Newman knew something was amiss with her right elbow.

“Oh my gosh, I had so many uncertainties going into it,” she said. “My junior year, I found out after playing through a couple of non conference weekends. It was something that was bothering me for a while. I had never taken myself out of a game. After the fifth inning of a game, I said, ‘I just can’t throw anymore.’

“I took a month, talking to several doctors, getting a second, getting a third opinion, just because there had to be something else besides doing Tommy John where it’s almost a 12-month recovery. With softball players, there are a lot of unknowns. I talked to my coaches, family doctor and support staff. It was, ‘Hey, you can have two more years to play in college and hopefully play professionally after. It’s worth it. Let’s do it.’”

After the rest and rehab that came with the serious elbow surgery, Newman came back stronger than ever, sending her coaches scurrying for the radar gun.

“You can’t move your arm or use your arm much,” she said. “I didn’t get to throw or start throwing a softball until five or six months after. I was probably a low 60s (mph) pitcher before. When I finally started throwing bullpens, my pitching coach at Drake (Tina DeAngelo) was taken aback. She said, ‘I need to go get our radar gun out. It feels like you’re throwing it a lot harder.’

“This was probably one of the first days I could really throw all-out again. I was hitting 70, upper 60s. I was like, ‘Wow.’ I think it goes back to doing the fundamentals again, going back to mechanics, the basics, because all I was throwing, really, was the fastball for up until maybe a month before I got to play in a game again.”

So it wasn’t a total shock at the Athletes Unlimited tryouts when Newman struck out 15 and walked only one in 15 innings pitched over two days.

Command has always been her calling card.

“In college, a main focus, especially early in my career and late, was location,” she said. “We would work corners. We were very selective. We wanted to hit spots. We want to work off the plate when we’re ahead (in the count), even a 1-1 count, knowing where to locate it in that situation. If you’re trying to throw off the plate a little bit and miss, even if you’re just on the corner, that’s a way better pitch.

“Facing the top hitters, if you leave a ball on the plate, they’re going to take advantage of your mistakes.

“Velocity was something that came along a little bit later in my career after I ended up having surgery on my elbow, coming back and actually learning the fundamentals again, just being able to become more of a power pitcher and learn how to use my body more. It’s definitely something that took off my last two years and something I’ve worked on ever since.”

With 25 players at the open tryouts (three were offered contracts), and a short time to impress evaluators, Newman prepared the best she could.

“Leading up, I was throwing 2-3 bullpens a week, knowing, ‘I’ve got to build up to back-to-back days,’” she said. “That’s something you really haven’t done when you haven’t faced real hitters with pro seasons being canceled the summer before with COVID. It’s completely different from throwing a bullpen.

“Even the way I threw Day 1 versus Day 2 [of the tryouts] was different. I threw a little bit harder the first day and then mixed in a lot more of my off-speed, just like you would when facing a lineup. Just try to keep hitters off-balance. That first day was a lot of unknown. You go in there and give all you have. The second day, ‘OK, we’re a little more comfortable. Everyone kind of knows each other.’”

Come the end of August, Newman will join an Athletes Unlimited group of players that includes many Olympians and those from some of the highest-profile colleges and universities in the country.

“I am very, very excited,” she said. “I watched pretty much every game last season just to see the different dynamic, just to see the different teams. You’re playing with people one week and maybe playing against them the next week, which I think is really cool, whether it’s building friendships, connections, to get to know the other experiences the other players have had playing or coaching.

“For this upcoming year, I definitely want to get out there and compete. We’re getting on the biggest stage again. Getting to play a little professionally, I was on that, but a third of the girls playing are Olympians, the ones who just came off the Olympics. It’s just being able to compete with them and go out there and give it my all.”