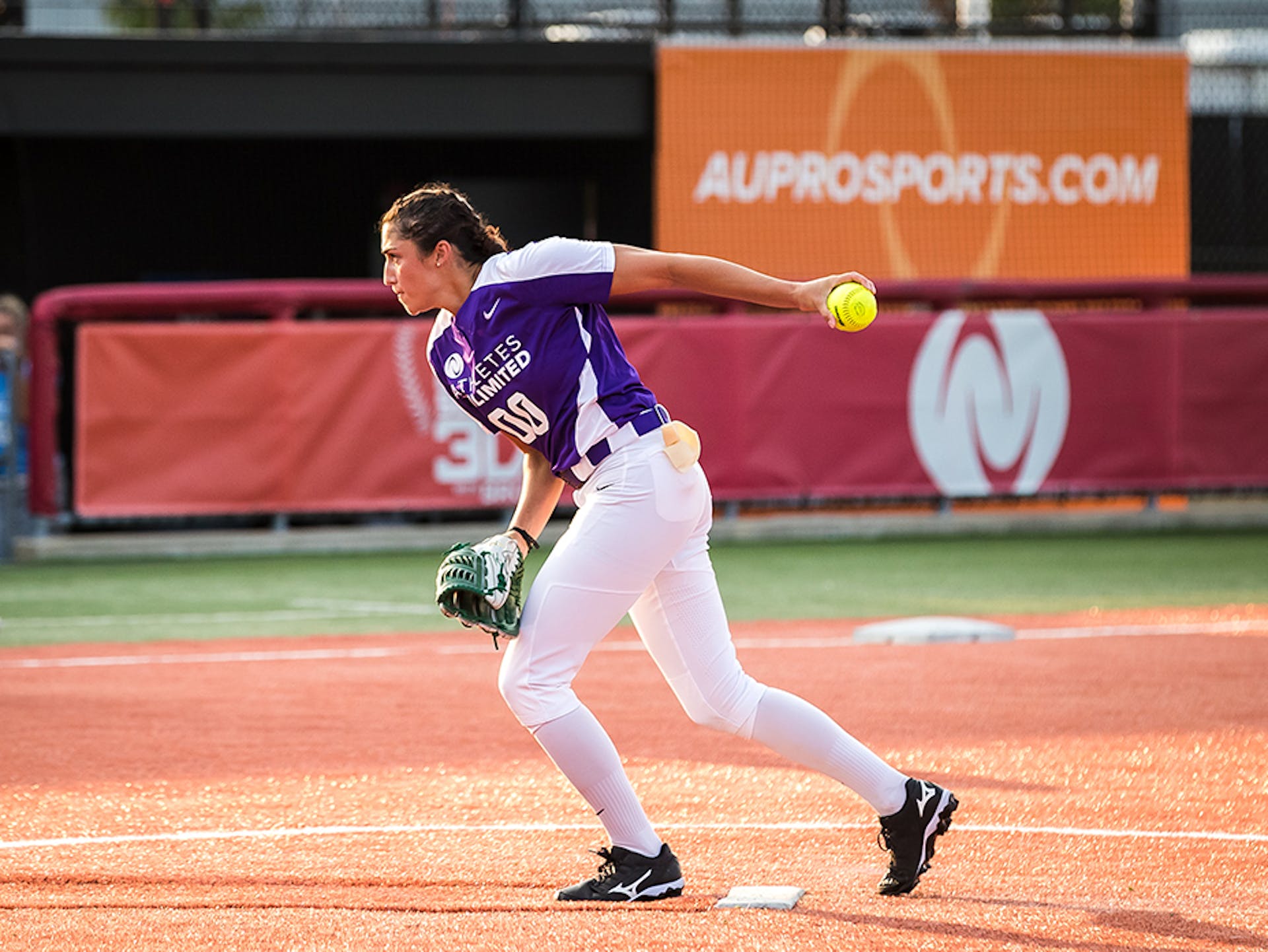 Training to be an elite athlete at any age is grueling, but imagine trying to squeeze two elite sports in between homework, social activities and, well, sleep. That was the life of pitcher Danielle O’Toole Trejo who spent junior high and much of high school playing both club soccer and travel ball. While many athletes feel pressured to specialize at a young age, O’Toole Trejo navigated both her passions simultaneously leading up to college — a decision she says helped her develop as an athlete and protected her from injury.

As pressure mounts for young softball players to announce their sport and even position at younger and younger ages, this seasoned pro and future Olympian is here to prove that when it comes to athletic development, nothing does the trick quite like being well-rounded.

Growing up as an athlete

If ever there were a girl who was destined to be a star softball pitcher, it might have been O’Toole Trejo who was born into a softball legacy in the making. Both her mom and aunt played college softball. Her mom, Dianna O’Toole, was a pitcher at the University of California San Diego from 1989 to 1992. Her career ERA of 0.91 is still a program record.

“My mom was the first All-American for UCSD softball,” O’Toole Trejo said. “My mom is in the record books 30 times. She was just really good.”

Given this history it makes sense that her parents would put O’Toole Trejo into softball — and they did.

“When she started pitching, she was about 8 years old, almost 9 years old. She has a younger cousin that we went to go watch play. I’m super competitive and all of my kids seem to have inherited that. Her cousin was pitching and I was like, ‘Oh we can do better.’ It took me a little bit to modify the steps in my head to tailor to a lefty. Then, things just came really easy for Danielle,” Dianna O’Toole said.

But O’Toole Trejo’s dad, Mike O’Toole, was also a talented athlete and avid soccer fan. He felt O’Toole Trejo would probably enjoy soccer — and she did, thus igniting twin passions that O’Toole Trejo pursued for much of her childhood.

“Each sport, they just bounced off each other. It was a good pair for me,” she said.

As she grew more competitive in both sports this meant early mornings, fewer social events and, for her parents, more driving.

“We had a lot of our discussions in the car,” O’Toole Trejo said, remembering with gratitude the hours her parents spent shuttling her around. For both her parents and herself, the sacrifices were worth it.

“She was extremely competitive and aggressive right out of the gate,” Mike O’Toole said. “My first thought was, ‘This kid’s a natural athlete.’ I started to realize, ‘This kid is an athlete in both sports.’”

O’Toole Trejo began noticing some of her skills on the softball field came from soccer. Her base running was noticeably fast — something she credits to all that running in soccer practice. Her defense was quickly becoming a strength of her game too, a skill she believes she picked up from reading plays on the pitchin soccer.

“Soccer is all communication,” O’Toole Trejo said. “I’ve been a pitcher and at first base my whole life so you don’t talk as much, but it is needed.”

Heading into high school, O’Toole Trejo was playing both club soccer and travel softball — and she loved them both. Yet as the soccer games became more physical, the worry of injury became ever-present.

“I cringed every single time she would have a break away,” Mike O’Toole said. “Because, those legs are so long that it’s just really easy to hurt a knee.”

Eventually her dad’s fear materialized. After colliding with the goalkeeper during a play, O’Toole Trejo had difficulty getting up. Her dad carried her off the field and straight to the doctor where tests showed no permanent damage. Still, O’Toole Trejo’s knee swelled to the size of a grapefruit and she realized she was done with soccer.

Injuries were ultimately what led O’Toole Trejo away from soccer, but she firmly believes soccer is what ultimately helped her prevent additional injuries in softball. Particularly overuse injuries from pitching, which O’Toole Trejo sees earlier and earlier in her current work as a pitching coach.

“It’s good to train your muscles to do different things and you’re just more prepared,” she said. “If I had not played soccer, I can’t imagine what my injuries would have been. I’ve had some pretty bad ones, but, if I hadn’t played they’d be so much worse.”

O’Toole Trejo is not alone in believing that a multi-sport approach is an ideal way for athletes to develop. A research study on teen female athletes showed early specialization increased the risk of knee injury compared to multi-sport athletes.

What’s more, the study showed that specializing in one sport too early could actually reduce motor skill proficiency in female athletes. “Sports specialization may be related to a reduction in the acquisition of motor skill and proficiency. Reduced diversity of activity in young adolescents may undermine the development of a wide-range of comprehensive motor skills that are obtained through diversified participation in sports,” the authors wrote.

The study proves what O’Toole Trejo and her parents instinctively felt — it’s good to try a lot of sports. “It physically rounds you out much better,” Dianna O’Toole said. “I fully believe that’s why we’re seeing the overuse injuries at the rate we are.”

After O’Toole Trejo officially said goodbye to soccer, she sharpened her focus on becoming the best softball player possible.

“When she wasn’t pitching in a game, she wasn’t goofing around or talking, she was one of those kids watching the batters. Ninety percent of the time, if you see her in the dugout, you’ll see her on the bucket with a chart in her hands,” Dianna O’Toole said.

Eventually, O’Toole Trejo went on to play at San Diego State University and the University of Arizona, carrying on her mom’s legacy as a standout pitcher. The softball bond between mother and daughter grew as O’Toole Trejo blossomed in college.

“The one moment I instantly felt that game connection with Danielle when she was playing in the college level at SDSU,” Dianna O’Toole said. “Something wasn’t working and I remember her looking at me saying ‘How can I fix this? What can I do?’”

While her mom couldn’t give her the answer at that time, O’Toole Trejo seems to have figured out what to do in more situations than not: her athletic abilities have earned her a chance to represent Mexico at the Tokyo Summer Olympic Games.

Yet, despite cementing herself as one of the most dominant pitchers in the game today, O’Toole Trejo never forgets that what got her there in the first place is an athletic curiosity and love of competition that extended far beyond just softball.

“I am so confident in saying that I would not be anywhere if I had not played multiple sports,” she said.