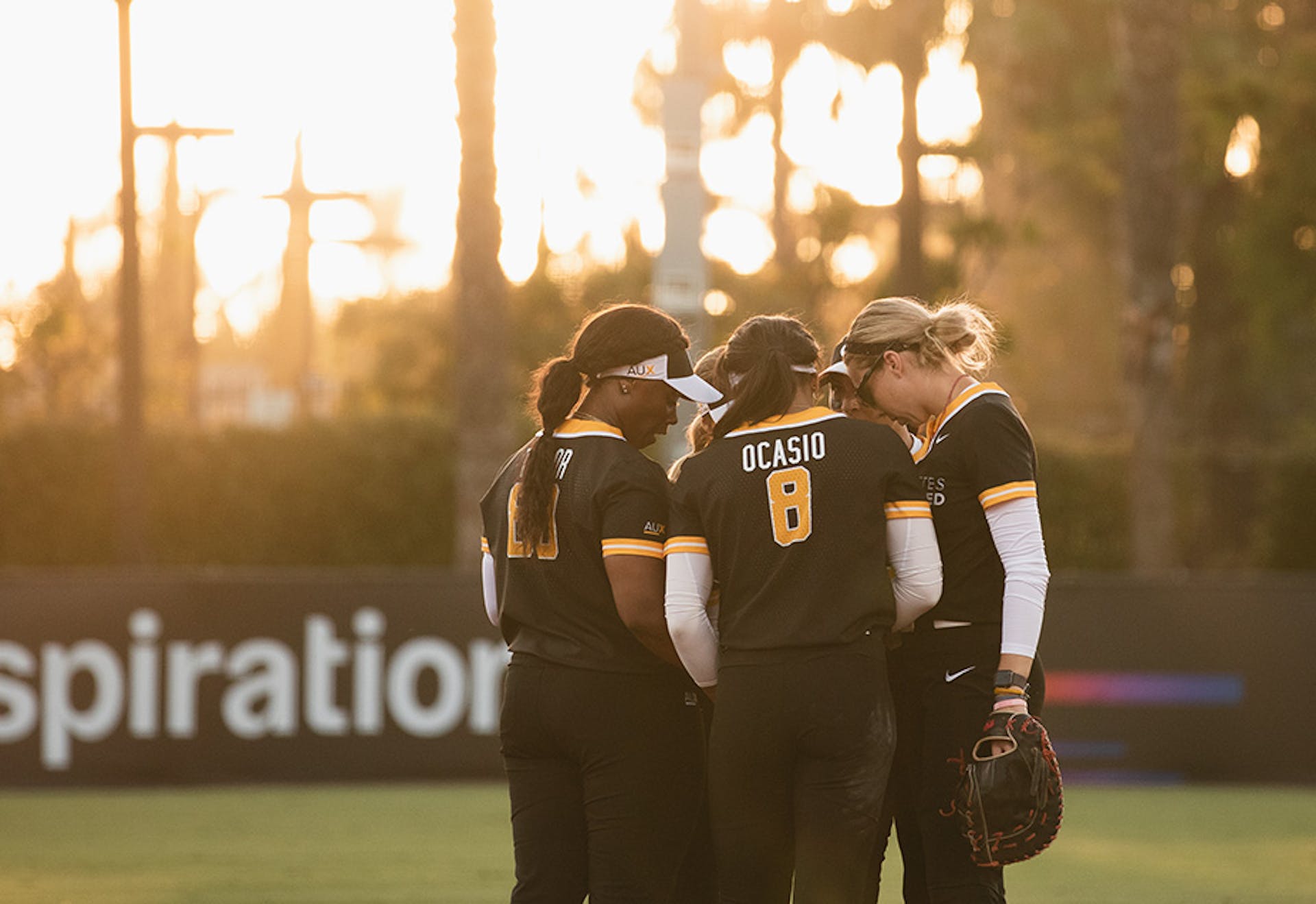 SAN DIEGO — Team Ocasio made sure to put the memories of dropping its two games in the rear view mirror on Tuesday, exploding for six runs in the first inning to defeat Team Chidester, 12-6, in Athletes Unlimited AUX Softball action at SDSU Softball Stadium.

Team Ocasio earned its first victory of the series to improve to 1-2, while Team Chidester suffered its first loss and stands at 2-1.

The top five hitters in Team Ocasio’s lineup accounted for nine of the team’s 13 hits, including three-hit performances by center fielder Aliyah Andrews and left fielder Amanda Lorenz. The duo claimed two of the three MVP honors while combining to go 6-for-9 with five runs scored and two runs batted in.

Catcher Dejah Mulipola continued her strong start to the season by blasting a three-run home run in the sixth inning, her second round-tripper of the series. She earned MVP 1 honors for the second straight game to hold the top spot on the leaderboard with 480 points.

Third baseman Sam Fischer posted the lone multi-hit game for Team Chidester, going 2-for-3 with a run scored and a run batted in.

Team Ocasio erupted for six runs on six hits in the opening frame to build a commanding lead and never looked back. The squad led by a 10-0 margin before Team Chidester tallied four runs in the sixth inning to secure the win points and ruin the shutout bid.

Andrews led all players with 170 points, including her 40 points as the MVP 2 selection, while Lorenz followed with 158 points. With Mulipola’s 130 points in the second game, she will enter the final day of the opening series with a 128-point lead over Fischer.