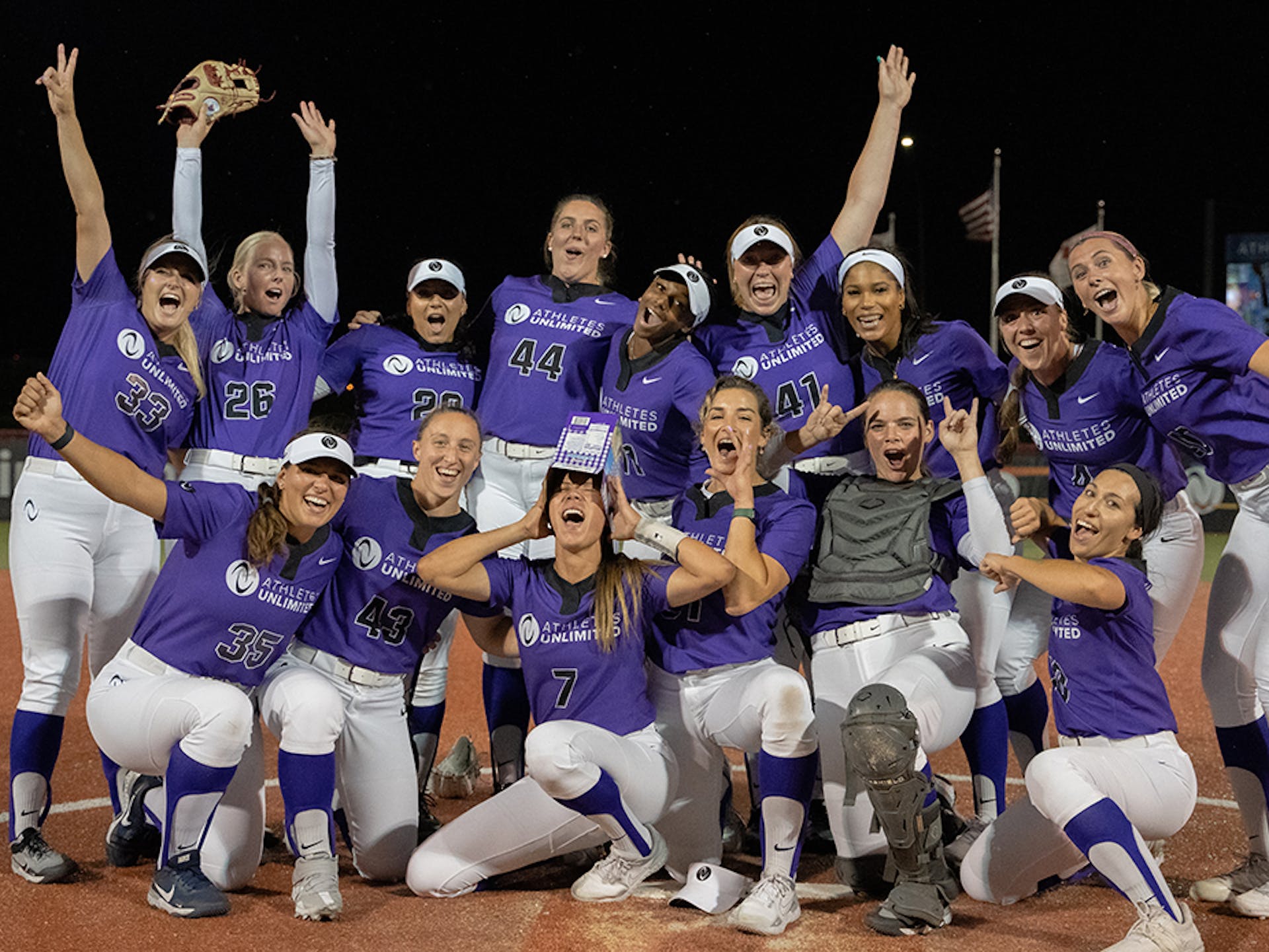 ROSEMONT, Ill. — Friday night’s Athletes Unlimited Softball contest between Team Mulipola and Team Chidester featured an impromptu round of Home Run Derby. While each team slugged a pair of homers, it was a pair of long balls by Tori Vidales and Anissa Urtez that provided the difference in Team Chidester’s 4-2 victory at Parkway Bank Sports Complex.

Urtez, who went 2-for-3 with a single and a home run, claimed MVP 1 honors for the first time this season and finished with a game-high 230 leaderboard points. Vidales, meanwhile, was the MVP 3 selection after her 1-for-2 outing with a walk and her third home run of the season.

The home runs complemented an outstanding pitching effort from Alyssa Denham, who authored her first complete game of the season. The MVP 2 pick in Friday’s nightcap, Denham gave up two runs on three hits with three strikeouts while upping her record to 3-0.

Catcher Dejah Mulipola led her squad in the loss by blasting a solo home run in the fourth inning, marking her fourth straight game with a homer. Pitcher Odicci Alexander (0-1) suffered the loss after giving up three runs on two hits with two walks and two strikeouts.

Team Mulipola took a 1-0 lead in the second inning before Team Chidester answered with three consecutive runs for a 3-1 lead it did not relinquish. Vidales’ two-run blast in the second inning started the rally before Urtez added a solo home run to open the third frame. Mulipola trimmed the margin to 3-2 before an insurance run in the bottom of the fourth reclaimed a two-run edge.

The victory allowed captain Amanda Chidester to move into second place on the leaderboard with 1,170 points, while Mulipola sank to fourth place. Denham’s complete game effort elevated her spot on the leaderboard by seven positions to sixth place.