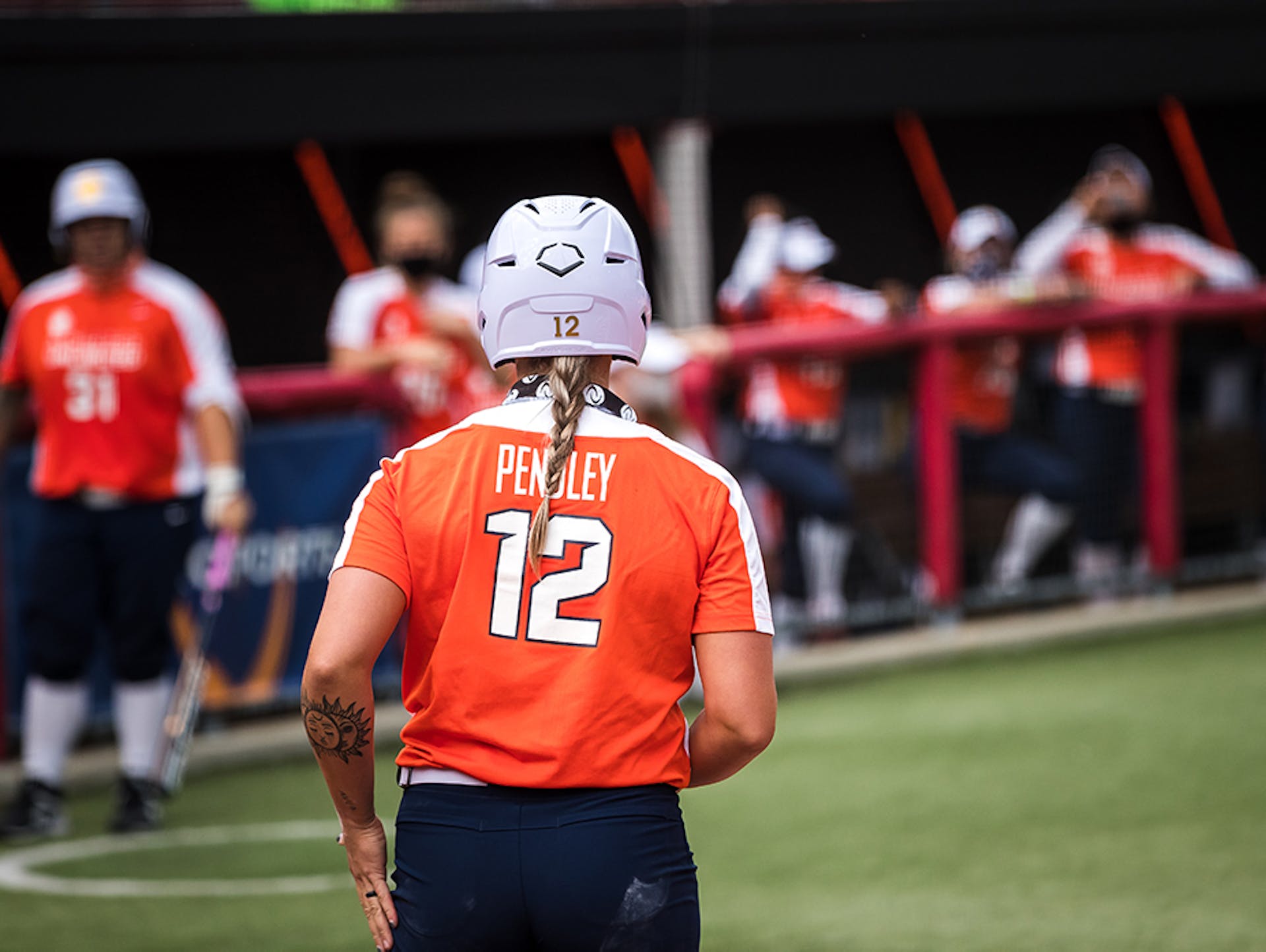 FAMILY MATTERS: PENDLEY DUO MAY FINALLY OPPOSE EACH OTHER ON THE DIAMOND

The Pendley sisters have been through it all together on the softball field. Dating back to their childhood watching their father compete in a slow-pitch league, all the way to being on the same roster in National Pro Fastpitch (NPF), they were always a collective.

Shelby and Nicole Pendley have been teammates in their three most recent levels of competition – high school, college, and professional.

Despite the three-year age difference, they played on the same Rio Rancho High School team in New Mexico for two seasons. Impressively enough, Nicole, the younger sister, was able to make the varsity roster as an eighth-grader and immediately succeeded in part due to Shelby’s guidance.

“She was in eighth grade and I was a junior, so I was there to help her,” Shelby said. “But I also kind of feel like I played that role at every level just because I had a lot of exposure already.”

“Shelby was really good at sharing her experiences. I always felt one step ahead of everyone else because they didn’t have someone giving this kind of advice. She helped prepare me for many different situations and how to handle them before actually going through them,” Nicole said.

The two top prospects went on to play at Oklahoma University, sharing one season in 2015.

A freshman that year, Nicole batted .364 with seven home runs and 35 RBI. Shelby exploded for 24 home runs and 65 RBI with a .413 average, earning her second selection as a First Team All-American.

The Sooners went 49-9 that year, making it all the way to the NCAA Super Regionals, and sharing that chapter of their lives is most meaningful to them.

“The entire season was awesome and super competitive. I was happy to see her (Nicole) start as a freshman. Every game was special,” Shelby said.

Shelby was then drafted as the second overall pick in the NPF by the USSSA Pride while Nicole wrapped up her distinguished collegiate career at Oklahoma.

A few more years passed before they met once again as teammates with the Pride in 2018 when Nicole was drafted. At this point, Nicole had earned All-Conference and All-Region honors herself with the Sooners – she was no longer the baby sister receiving instruction on how to navigate the softball world. For the Pendleys, it became a two-way street of helping each other.

“Now, [Nicole] will even tell me things and give me some pointers. We have a really open relationship with each other when it comes to this stuff. We’ll text each other about what we could do to improve our hitting when we’re struggling,” Shelby said.

As Athletes Unlimited gets set to begin its inaugural season in two weeks, there is a likelihood the Pendley sisters will find themselves as opponents for the first time in an organized setting.

The two always go to each other for advice when they want to get better, and they say that will continue despite probably suiting up for different teams.

“This whole experience is going to be different, it will probably be weird playing against her,” Shelby said.

“It’s going to be competitive playing against each other, but at the same time we’ll be rooting for each other. It’ll be fun,” Nicole added.

Even though they practice together, work out together and offer helpful points to improve their game, that competitiveness still exists in wanting to beat the other.

“Playing together, there was a camaraderie. They’d take care of each other,” Jerry Pendley, Shelby and Nicole’s father, said.

“But, they’re so competitive. Each one wants to beat the other, I promise you that. They’ll root for each other and help any way they can, but when it comes to playing ball, they’re going to want to win.”

We can see it now. The Pendley sisters are squaring off and one of them hits a home run. How would the sister playing in the field feel? Proud? Excited? Jealous? Or unhappy that her team let up a run? Perhaps, the answer is all of the above.

“I think she’ll give me a little smirk, but deep down she really wants to win,” Nicole said.

“I might laugh and say an inappropriate word to her. But she hit a home run, so that would be cool with me,” Shelby lightheartedly added.