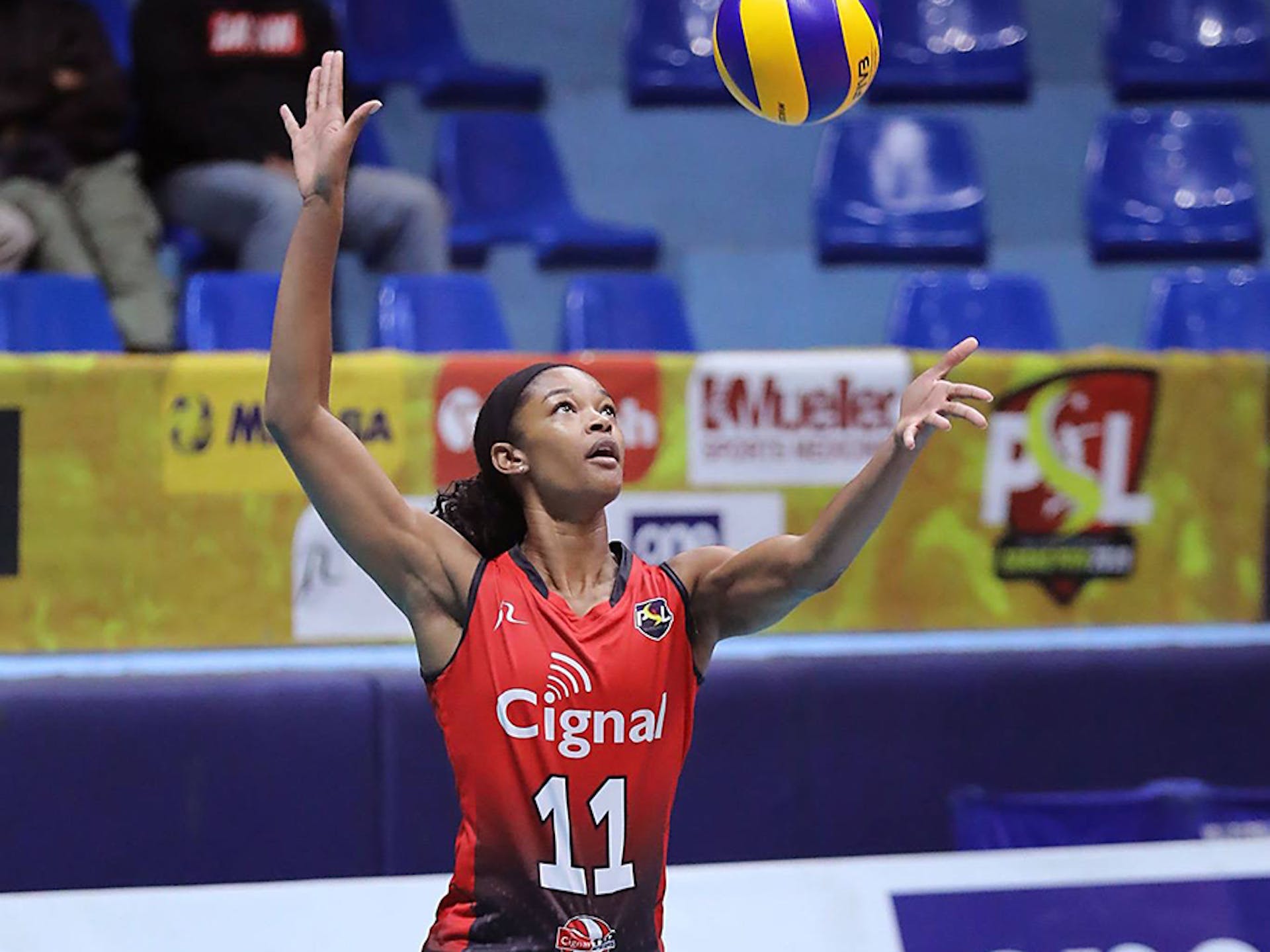 As a volleyball player, maintaining a high level of fitness is an expectation. As a result, conditioning and weight training can turn into more of a chore than a passion. For Erica Wilson, that was certainly the case. Throughout her career, she viewed fitness as something she had to incorporate into her daily lifestyle rather than something she enjoyed doing. It took taking a step back from volleyball to change her mindset.

Now, with almost 5,000 followers on Instagram, Wilson has developed a passion for fitness and desires to share that passion with other women.

“I want to use my platform to empower women to be confident through fitness and moving their bodies,” Wilson said. “I didn’t truly love fitness in the beginning because it was something that I had to do.”

She realized that living a healthy lifestyle comes in many different ways. It didn’t have to mean spending hours in a gym lifting weights or running. It could mean taking a dance class and attending Zumba regularly. “The most important thing is learning what you love and works for you. There’s just a lot of different ways to stay active and keep yourself happy,” she said.

In a time where many have been stuck inside more than usual, exercise has been beneficial not only physically, but mentally as well.

“Sometimes it might feel like a chore, but once you actually get up and do it, you feel so much better once the endorphins kick in,” Wilson said. “A lot of people try to work out to physically look good, but we have to mentally feel good before anything else.”

Wilson said for her, it’s helped to build her own confidence and pushed her outside of her comfort zone. “The more you practice something the better you’re going to get at it. It may be tough in the beginning, but you know at some point you’ll get to where you need to be,” she said.

As she’s been on this fitness journey, she’s been able to connect with other women. “I realized after I started to share my workouts, more people started reaching out and telling me I was inspiring them.”

Her main focus is on younger women and helping them love themselves.

“I think so many people go on social media and think they have to do it one way,” Wilson said. There are many forms of movement, whether it’s dancing in the living room, going for a hike or attending a yoga class.

“I just want people to be the best version of themselves,” Wilson said. “I truly want them to love themselves and not compare and find what works for them.”