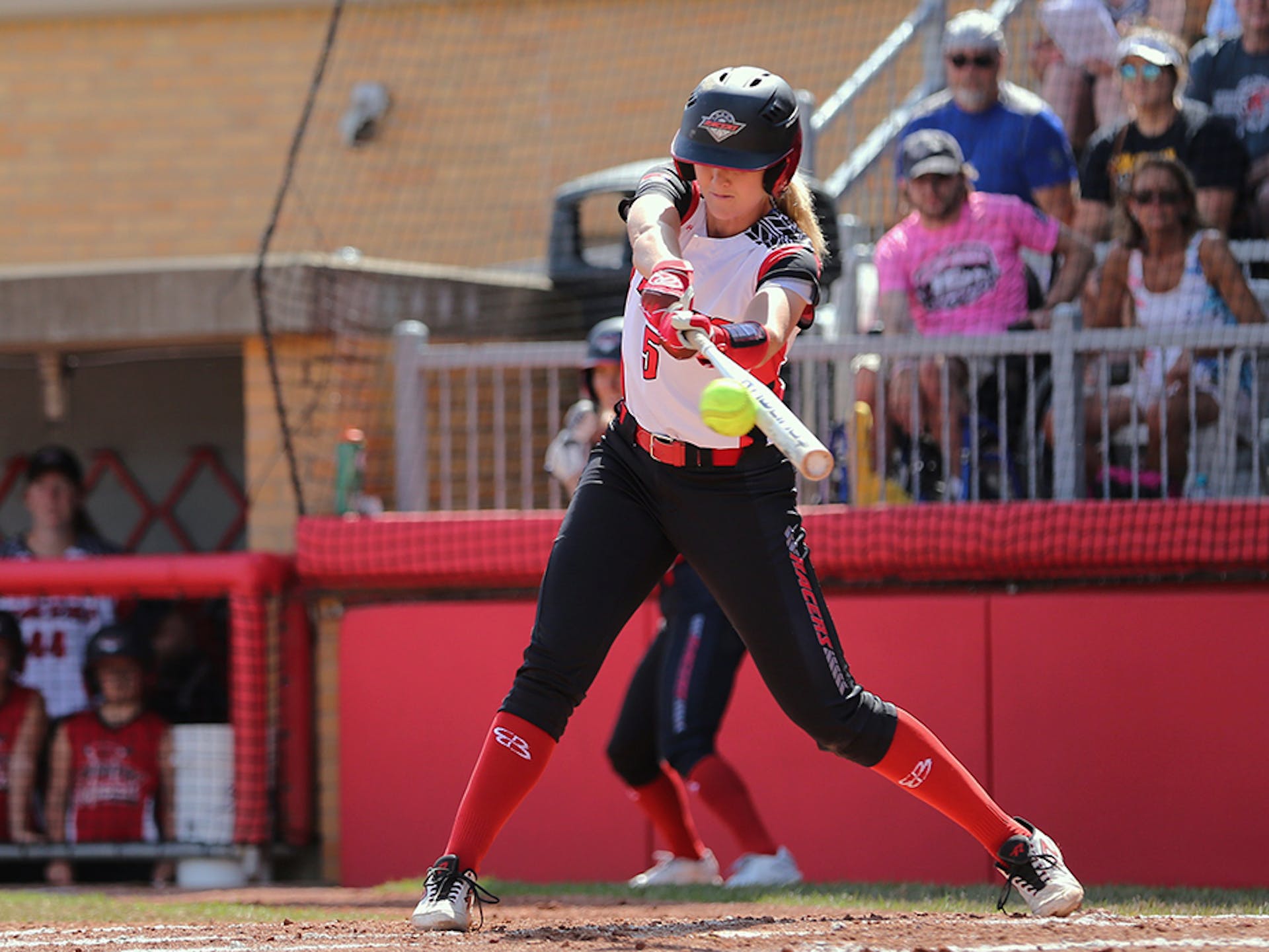 With an opportunity to coach and a weekly draft, players face new strategic challenges surrounding team and individual success

Athletes Unlimited brings a handful of new opportunities to the 56 players of its inaugural softball season, kicking off on Aug. 30 at the Parkway Banks Sports Complex in Rosemont, Illinois. From the shorter, action-packed season to the opportunity to draft and coach their team as a captain, players will face new strategic challenges while balancing team and personal success.

In addition to playing the game they love and helping their team come out on top, players will accumulate individual points through a fantasy-sports style scoring system for many offensive stats. This added layer of the game is sure to be on the mind of batters as they step into the box.

Veteran catcher Taylor Edwards, who has played in the National Pro Fastpitch (NPF) league since 2014, certainly thinks it will be.

“I think it’ll be in the back of everybody’s head because we’re all going to be going for the same point system,” Edwards said. “Who can get the most points, it’s something little which gives the game another step which I think is really cool … If this single or this double is worth something, I just see it as a little added challenge.”

Other players, like six-time All-NPF selection Megan Wiggins, are intrigued by the points format but do not see it affecting their strategy at the plate. “I feel like I’m going to be more involved with just playing and obviously trying to win,” she said. “If you start thinking about trying to do a lot or trying to do too much, that’s when you find you don’t have success.”

For veterans like Wiggins, that mindset may come easy, but for rookies and younger players, it may be more difficult to not think about the added pressure of individual points.

“My mentality [as a rookie], I was just thankful to be on the field with the veterans,” 2016 NPF Rookie of the Year Sami Fagan said.  “I could definitely see people wanting to rack up points, but they have to recognize who they’re taking the field with – people who have succeeded at a high level for a long time.”

Players won’t just be responsible in the batter’s box and on the field, but also in the dugout. Athletes Unlimited has done away with team owners and traditional managers, instead putting the power in the players’ hands. After the last game of the week, the top four league-wide scorers will be the team captains for the following week’s matchups. These four players will draft their squads on Wednesdays, write the lineups and try to coach their team to victory.

“I think people will embrace that role,” Wiggins said. “I think it’ll teach a lot of people how to be leaders … they’re going to have to delegate and pick a team. I think people are going to be put in different situations that they aren’t used to, which is good because that helps their growth.”

With the opportunity to be captain comes team strategy and tough decisions about their fellow players. “I definitely think it’s going to be hard,” Fagan said. “It’s hard to be in that position because we’re all playing with our friends, so I just think they’re going to have to go based on the numbers and who performs the best each week.”

However, the tough decisions that lie ahead for the captain will not take away any of the incentive for players to achieve that honor. “It’ll make the game a little bit more fun and hopefully give people a positive thing to reach for,” Edwards said. “Having that [will bring out] another competitive level and we’ll get each other’s sisterly competitive side.”

“The way it’s set up and the fact that we’re constantly changing teams, I think that will speed up the process of getting to know people,” Wiggins said. “We’re literally going to see each other 24/7 [for six weeks], so I think there’s a lot of opportunities to grow and move this [league] forward.”

Fagan believes that the shortened season makes each moment that players are in Chicago even more important. “I think the good part of it is that we have to take every single day seriously and appreciate every day that we have with these players because we don’t get much time with them,” she said.

Edwards sees the season as a blessing, regardless of its length. “There’s not a lot of professional sports that are actually playing [right now],” she said, “Whether [the season] was a year long or two weeks long, given that opportunity I’m going to take advantage of it to the fullest.”

Popular searches
Volleyball, Amanda chidester, Who has the only triple double