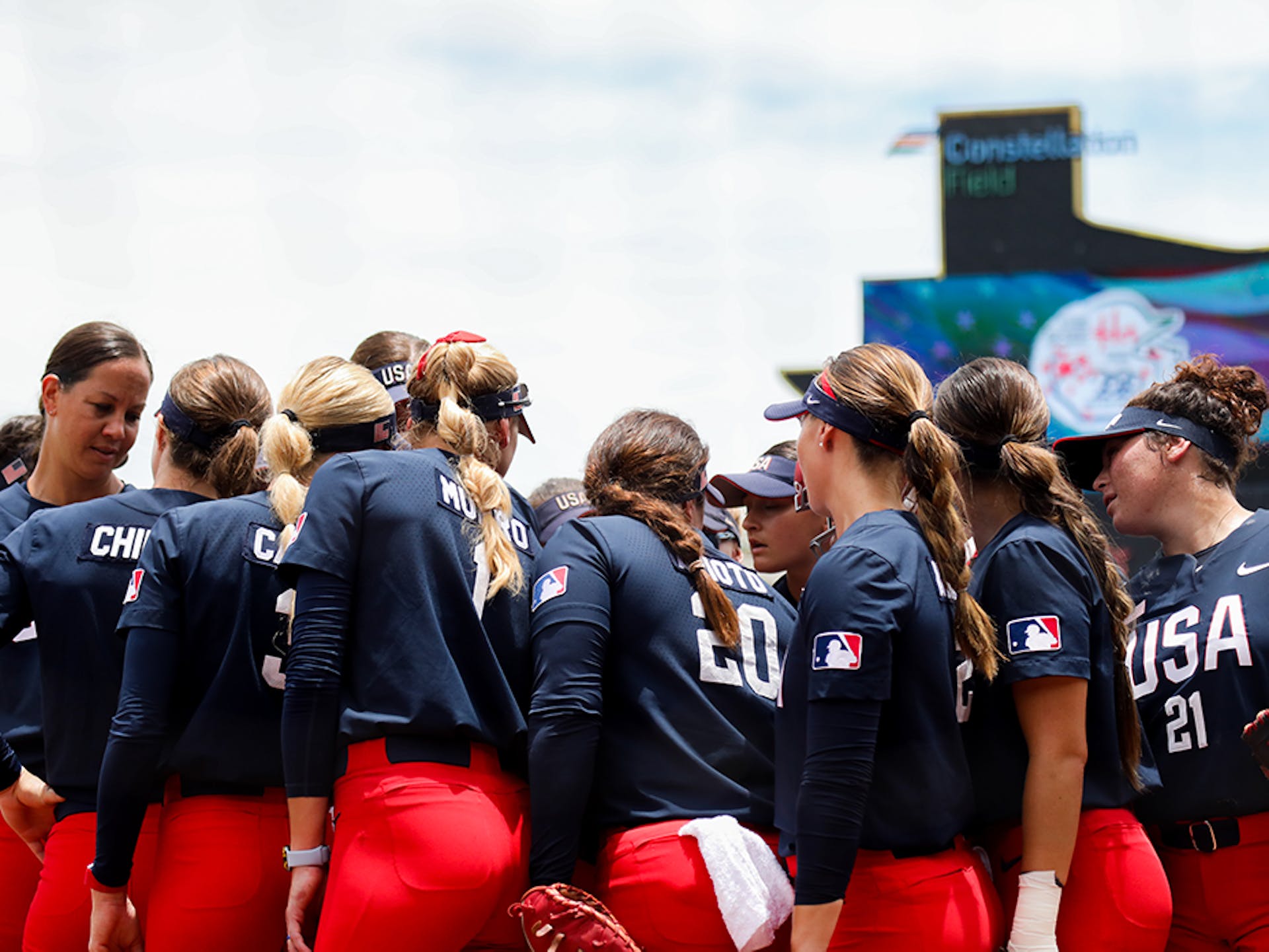 As softball at the Tokyo Olympics came to a close on Tuesday, it was a historic day for our Athletes Unlimited Softball players and one that marked the culmination of softball’s return after 13 years. USA Volleyball also put another tick in the win column.

Check out the recap below for all the biggest moments from our athletes.

It was an evening of of deja vu for the U.S. as the team entered the long-awaited gold medal rematch with Japan. Cat Osterman and Ueno Yukiko entered the pitching circles once again – 13 years following the 2008 Beijing Olympics (softball’s last appearance at the games).

Janie Reed hit a one-out triple in the bottom of the first, but the U.S. was unable to capitalize as the bats went quiet, but the defense went to work.

TO THE WALL!!! @_janiereed sends one almost out of the park for a @TeamUSA triple pic.twitter.com/i2dtFt2jln

Michelle Moultrie robbed Ichiguchi Yuka of an extra-base hit on a deep ball hit to right that would have scored Japan’s first run of the game. Osterman finished the inning with no runs allowed.

What a CATCH from @moultrie16 to give @catosterman a quick moment of relief 😅 pic.twitter.com/0jpj9Om6bO

Japan put together a pair of singles and a walk to get on the board with a run in the fourth and tacked on another in the fifth to go up 2-0. Team USA threatened with runners on first and second in the sixth, but a wild defensive play thwarted their chances. Amanda Chidester hit a sharp line drive to third base that deflected off the glove of Fujita Yamamoto and to Atsumi Mana at shortstop, who picked off Moultrie at second for an inning-ending double play.

A stellar catch by Reed robbed a home run in the top of the seventh kept the U.S. in the game, but they were unable to use the momentum to come back against Japan, going down in order and earning silver.

Regardless of who came out on top as Team Canada faced Team Mexico in the bronze medal match, history would be made. It was Canada who did so as they scored the go-ahead run in the bottom of the fifth to top Team Mexico 3-2.

Team Canada struck first in the bottom of the second on a two-out single from Emma Entzminger.

A two-run score puts Canada on 🔝.

Down 2-0, Mexico’s response was swift. Sydney Romero scored Mexico’s first run of the game to cut Canada’s lead in half.

Mexico continued to fight back, and Romero scored its second run of the day off a single to right by Suzannah Brookshire.

Mexico scores and ties it up 2-2 vs. Canada. #TokyoOlympics x #OlympicHERstory

In the bottom of the inning, Canada scored the go-ahead run on a sac-fly and pitcher Danielle Lawrie sealed the deal striking out the final two batters as Canada won it’s first-ever Olympic softball medal. Canada has competed in every Olympic softball tournament since 1996. They finished short of the bronze medal at the 2008 Beijing Olympics.

For the first time ever, an Olympic softball medal goes to Canada! 🥉

The women of @usavolleyball took down China in 3 sets. #TokyoOlympics pic.twitter.com/N1z69cKi3i