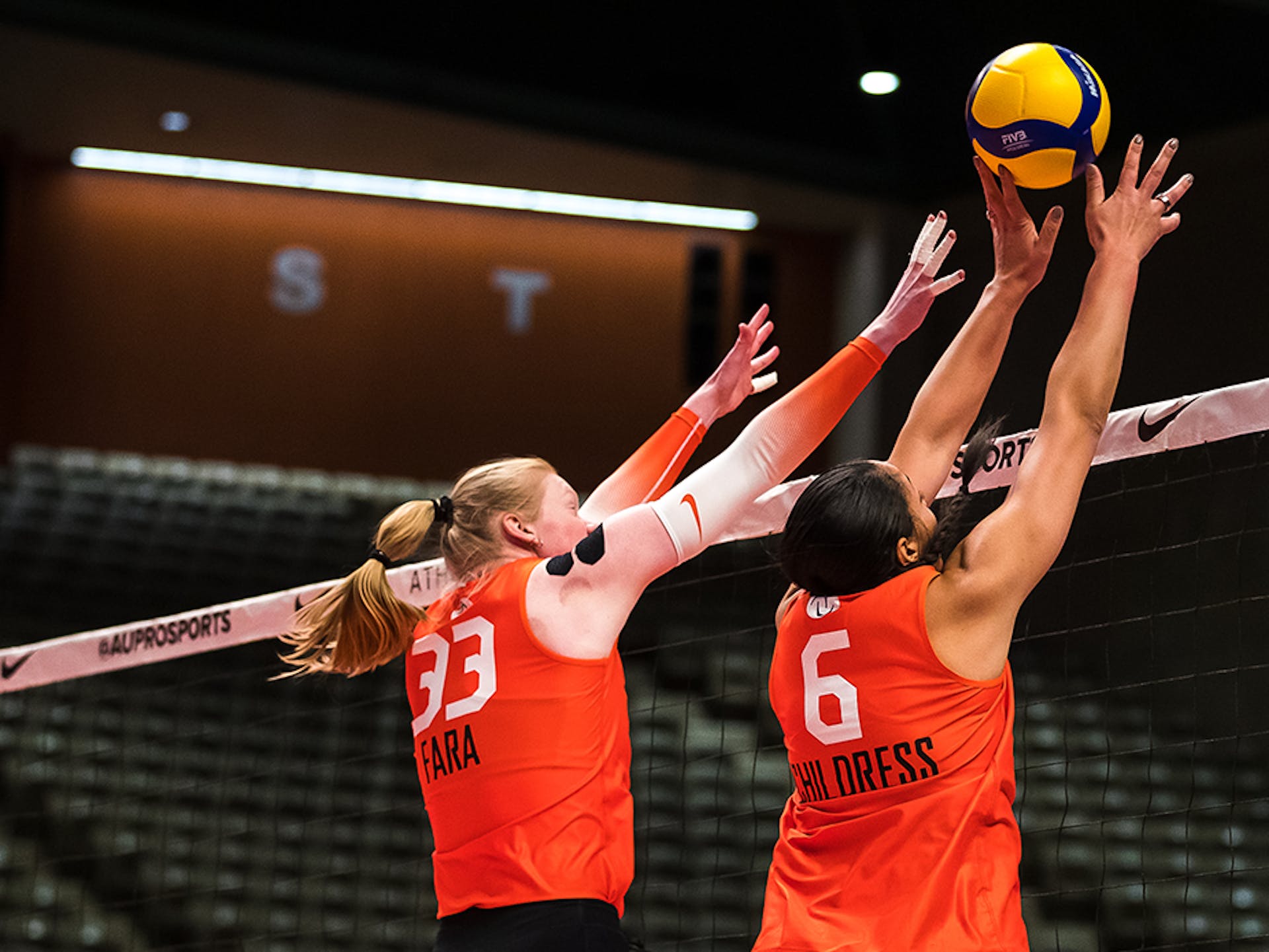 Alisha Childress comes out of retirement to Join Athletes Unlimited

Alisha Childress won a bronze medal at the 2016 Rio Olympics and became a mom of three. After retiring nearly five years ago, she joins Athletes Unlimited for its second season of volleyball.

“I stopped playing after the Rio Olympics and wanted to start a family,” Childress said.

However, the plan was to always come back. She said the original plan was to have her first child then come back to volleyball. “Three kids later, that didn’t exactly get executed as initially intended. Life happened and priorities changed and I continued to have kids.”

Despite loving her role as a wife and mother and pursuing a career in coaching, the desire to get back out on the court and play volleyball never fully went away. “Life was moving forward, I was going in a different direction, but I still [asked myself], ‘What if I did get back into it?’” Childress said.

Childress is now finally getting her chance. She had originally been approached by Athletes Unlimited for its inaugural season, but was pregnant and unable to play. However, that laid the ground work to her desire to play this season. “It started to feel like this may be an opportunity to get back in post three babies,” she said.

Knowing the life she’s built with her husband and being close to her family was important, Athletes Unlimited seemed like the perfect opportunity.

“They seem really family friendly and want to create an option for people like me or athletes that don’t necessarily want to go abroad,” Childress said. “I really like the intentions behind the league.”

Much has changed since Childress last stepped on the court as a player. While she’s excited and grateful to have another opportunity to get back out there, her approach to preparing for the season has been much different from the ways she’s prepared in the past.

“We started slow, getting base level fitness post having a baby,” she said. “There were lots of question marks about how my body would take it, but so far so good.”

Now, she’s lifting and training four days a week and said that while she doesn’t know if she will ever feel the same as she did prior to her three pregnancies, she’s coming as close as possible.

I want to have an impact on my teammates both on the court and off the court.
Alisha Glass Childress

“It’s a challenging system to be drafted,” she said. “I’m interested from a mental headspace area to see what it’s going to look like and how the girls are going to feel and what that draft is doing to the social dynamic at play.”

Her desire is to help anyone who may struggling. “I want to have an impact on my teammates both on the court and off the court, so if there’s anything I can do from that arena of mental health, I’d love to help.”

While Childress knows the weeks ahead will be challenging from both a physical and mental standpoint, her perspective has shifted from the last time she stepped on the court as a player.

“It might be a rough week for me, but I’m going to go home to giggly, smiley, energetic girls that make that melt away,” she said.

She is grateful for another shot at playing the sport she loves, and even more grateful to experience it here in the United States with her family by her side.