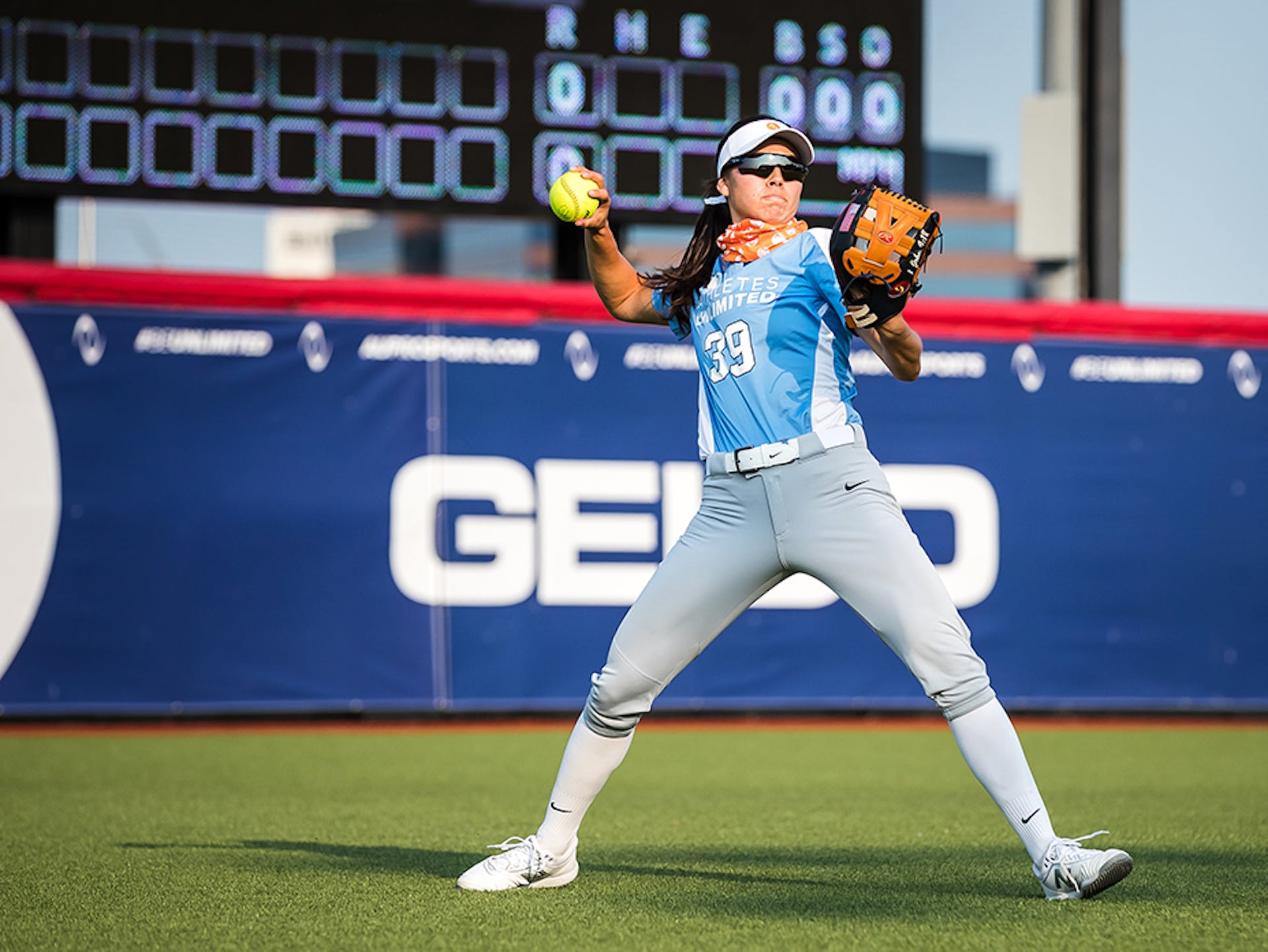 So how does a duel between two good starting pitchers figure into play with Athletes Unlimited?

In fact, an early innings matchup between Taylor McQuillin and Cat Osterman had ramifications for the entire night Tuesday in the second game of a scrimmage doubleheader.

In and of itself, it was a treat to watch each of these intense lefties work, with both staring in hard and wanting each pitch from the home-plate umpire.

Both pitchers mowed down the opposing team through four innings, and that had a massive effect on how the team points piled up in this one.

There was some late drama, too, and the end result was a 7-4 victory for Osterman’s Team Blue, captained by Jessie Warren. Osterman worked 4.1 innings, giving up four hits and one earned run. That run came in the top of the fifth, and it put Samantha Show’s Team Purple in line for a bounty of 50 rollover team points.

Not so fast. Kelly Barnhill came on in relief and retired the side with a pair of strikeouts to keep the deficit at 1-0. In the bottom of the fifth, Team Warren sent nine batters to the plate and scored three times to steal away the 50 points.

Warren’s team scored two more in the bottom of the sixth to take a 5-1 lead and earn 10 more points. Team Show rallied with three runs in the top of the seventh to pull within 5-4. With 10 team points on the line, the game wasn’t over yet.

Even though the home team was ahead after the top of the seventh, it needed to bat in the bottom half to try to take the 10 team points for winning the inning. Team Warren made it interesting, scoring twice but falling short and yielding the final 10 inning points to Team Show.

Team Warren netted 110 overall points, 50 for the victory and 60 for the innings it won. Show’s team took home 10 points for winning the seventh.

Pitchers from both teams were rewarded for their fine efforts, with Osterman taking home 152, thanks in large part to the overall team and inning wins by her team. Osterman was also named MVP 2, giving her an additional 40 points, and 192 points total.

The point disparity between the two starters emphasizes just how important both team and individual accomplishments are within a game.

On the offensive side for Team Warren, Janie Reed had a triple and two singles, as she picked up 160 total points, plus 20 points for her selection as MVP 3 for a total of 180 points. Shelby Pendley had two singles and a walk for 140 points.

Team captain Warren had a single and a walk for 20 points, and with the 110 win points, wound up with 130 overall.

For Team Show, Sahvanna Jaquish contributed a double in the seventh inning to go along with two singles. With the 10 team points for the top of the seventh, she scored 50 points and was selected MVP 1, giving her 110 points overall. Victoria Hayward, who tripled in the fifth and singled in the seventh also earned 50 points.

After two days of scrimmages, Wagner (356 points), Warren (320 points), Nicole Pendley (300 points) and Sami Fagan (290 points) top the leaderboard and have earned the captain spots for Week 1 of competition.