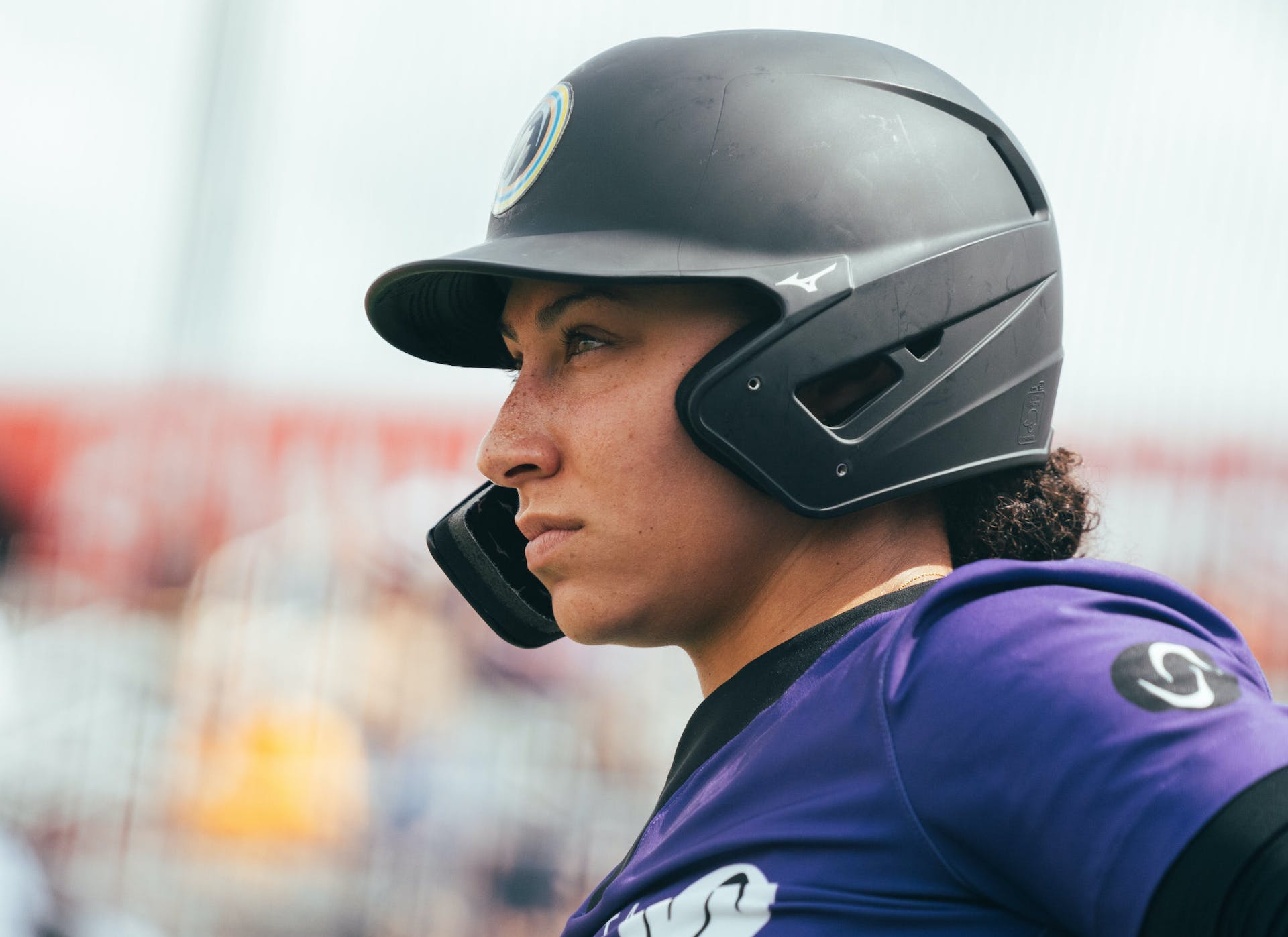 Editor’s note: This article has been updated since its original posting to reflect end-of-season statistics and awards.

Shannon Rhodes has let go of the player she was in college. The outfielder who started her career at Oregon and flourished as a Longhorn. The records set and accolades earned as a collegiate star. Even the mindset and routine – she’s left it behind.

There are moments when it’s been sad and not easy, but it’s made room for who she is now and who she has become: Shannon Rhodes, professional softball player and Athletes Unlimited 2022 Rookie of the Year.

Over the course of the year break she took from the sport, she took an important step in her journey to redefine who she is. She’d been a softball player for 10 years, since she was seven.

Rhodes needed to be something different and discover interests outside of the sport that dominated most of her life. When her career wrapped at Texas, she was confused about what she wanted to do next.

She was selected in the 2021 Athletes Unlimited Softball Draft with an open invitation to play. That seemed like the obvious next step, but it didn’t feel right for her – at least not yet.

“Being a collegiate softball player or athlete at all, you don’t really have too much time to explore those likes and dislikes so I didn’t have any internships under my belt, I didn’t have any extreme interests,” Rhodes said.

Nothing about her major was particularly calling her name – if anything, she majored in softball while at Texas.

So Rhodes packed it up in Austin and went back home to Fort Worth. She started a 9-to-5 recruiting in construction, making phone calls and hiring people for jobs. It was fulfilling for her to talk to people and build relationships – that’s where she thrives. In fact, it was a great experience but, “I just didn’t feel like I was really maximizing my time for my potential,” Rhodes said.

During that time, Rhodes helped her dad coach a 14U team in the Texas Glory organization, the same one she played in during her travel ball career. She describes her experience working with the team as “refreshing” and that it made her feel like she was stepping back into their shoes, playing softball at that age.

All she wanted at 14 was to play Division I softball, go to the world series and win.

“It just kind of lit a flame under in me, I guess,” Rhodes explained. “That year was pretty much finding some passion, some love, some fire for it again.”

That reignition started a nagging feeling that she wasn’t done yet. The first step was a conversation with her dad. They sat down at dinner after one of the travel team practices and she threw the idea out there.

“I looked at my dad and I was like, ‘Hey, I think I might wanna play again.”

She says her dad’s eyes grow wide, then he was giddy.

Not only did she want to play, but she wanted to make her family proud. Rhodes imagined looking into the stands and seeing her dad, mom, sister, grandparents, and great aunt watching her. She knew she had to play.

She reached out to the Softball Player Executive Committee to see if the offer still stood to come to the league.

“I’m really grateful that the opportunity arose again. Not a lot of people get to go back on something that they declined in the past.”

"Take that chance, take that leap of faith and go all in on you ." @ShannonRhodes2 spoke with @savannaecollins following her tremendous Rookie season 🏅#BeUnlimited | #AUSB pic.twitter.com/o8jsYIMxpw

Rhodes joined Athletes Unlimited for AUX in San Diego and continued her rookie year at Championship Season in Rosemont.

Her outstanding first year as a pro earned her the honors of 2022 Rookie of the Year, voted on by the player group. Through five weeks of competition, she was one of the most consistent hitters amongst the 60 athletes. She finished second in the league in home runs with eight and was the only player to have two multi-home run games in Season 3.

Her results at the plate skyrocketed since AUX and that’s no accident. During the break between seasons, it gave her time to reflect and reframe her perspective.

“I think AUX was 100% me trying to figure out who am I now as Shannon: as an athlete, as a softball player, as a professional,” Rhodes said. “I had the corporate professional down now I have to do the sport professional.”

During her first AU media day, Rhodes was asked to describe herself as an athlete. The question was so pointed to her experiences it brought on tears. The fear of letting go of who she was in college, and doubts if she was cut out for this level.

Her answer: “I don’t know, actually. That’s why I’m here. I’m here to figure that out.”

Approaching the end of her first summer of softball as a pro, that answer is starting to become more clear.

This Shannon Rhodes gives herself much more grace. She laughs at her mistakes and plays more freely. She fails but more importantly, she learns.

Looking back, she’s thankful for the gap year she took from the sport.

“I think that’s where rookies may struggle,” Rhodes confirmed. “It’s not knowing how to close the door on who you were, because you have to step out – through it.”