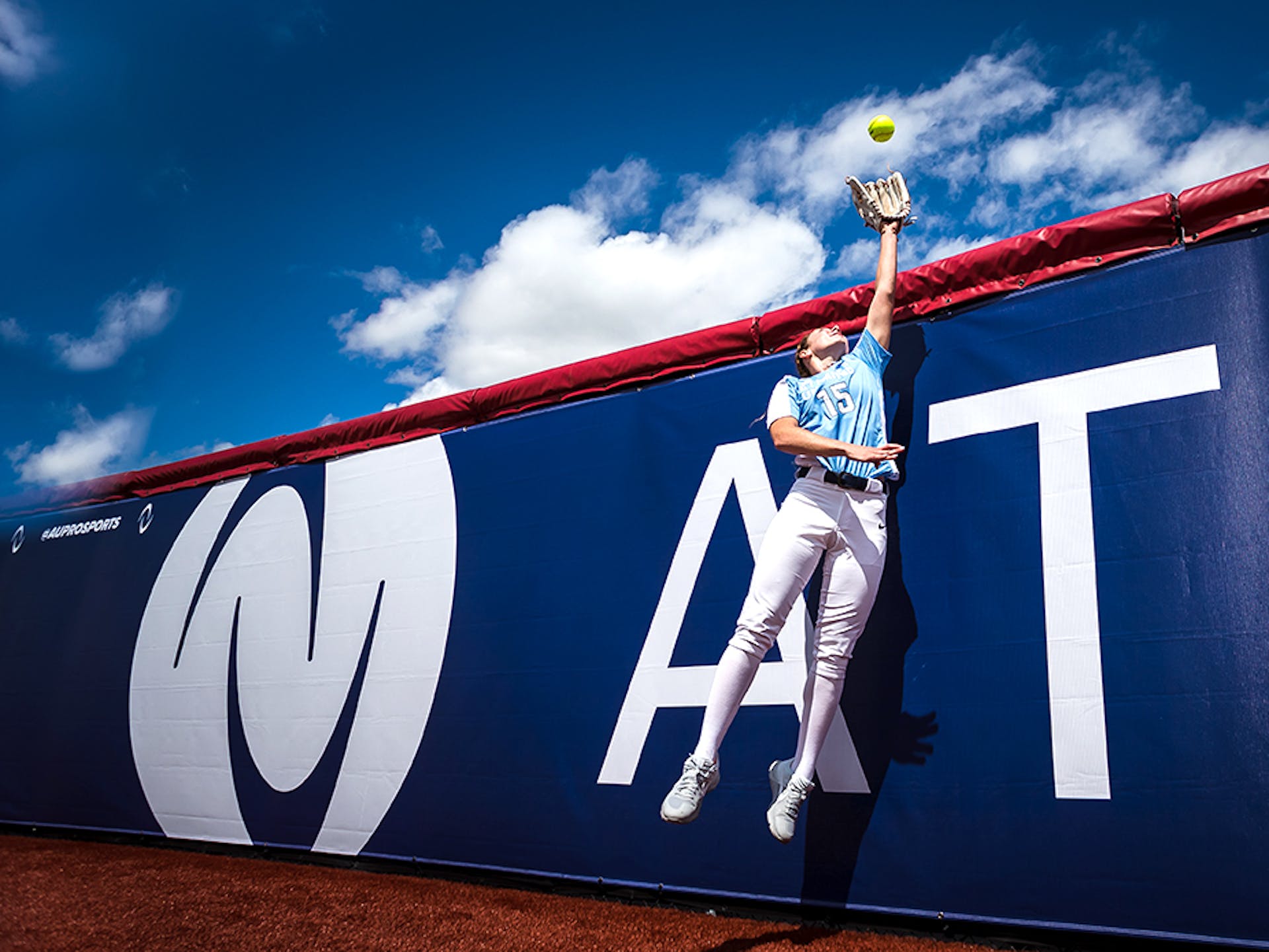 From increasing team parity to a unique scoring system that rewards players for performance, Athletes Unlimited is bringing something new to the world of sports

Professional sports leagues today are typically all structured the same way. Good prospects get drafted against their will onto bad teams and forced to sign rigid rookie contracts. After many years, they are emancipated and allowed to sign long-term contracts with free market pricing—yay! Though often with complicated salary caps in place—boo! In such systems, players often only play for their next deal. A single bad or great game does not affect their earnings much at all. Even bonus contracts, which are rare, usually reward year-long numbers too. Athletes are treated and valued as stocks and their game-by-game performance is merely a dividend.

It doesn’t have to be this way. What if — brace yourself for this shocking idea — we treat athletes as human beings? They could be rewarded based on what they actually do. An ideal league would perhaps offer each athlete a minimum guaranteed salary, coupled with compensation directly proportional to performance. That way, every week, every game, every play would be valuable. Such a sports league would be meritocratic.

But how would performance be measured objectively and without distorting incentives to win? With optical and other location tracking data pervasive in virtually every sport, performance could be measured down to the quarter inch. And with machine learning and other advances in sports analytics, performance can be measured relative to what else could have happened, taking into account opponent strength, audience volume, wind speed, geopolitical forces, and any other arbitrary factors. But then the scoring system becomes too complicated. An ideal sports league should have a simple scoring system, one that a casual fan could calculate live at an event, without the need for a super-computer or even a napkin.

Athletes Unlimited has a simple, meritocratic system. Soham Mahabaleshwarkar eloquently describes the Athletes Unlimited softball scoring system: athletes get 10 points for singles, 20 points for doubles, and so on, and pitchers get or lose additional points depending on whether they generate an out or give up a run. At the end of each season, points translate directly to dollars, so athletes are literally paid for their performance. What’s more, Mahabaleshwarkar runs the hypothetical numbers and shows that the rankings from this simple scoring system would have correlated quite nicely with the far more complicated standard measures of production in major league baseball. It’s simple, meritocratic, and legit.

If designed well, the advantages of a good, simple, meritocratic scoring system include completeness, meaning all athletes at all positions are ranked in a single unified leaderboard, and fairness, meaning any athlete at any position on any team has a legitimate chance to reach the top. This is a very sport-specific requirement and can be challenging, but not impossible, when certain positions are wildly different, such as goalies in hockey, pitchers in softball, or liberos in volleyball. The way the Athletes Unlimited softball system takes these special positions into account is to assign certain points for pitching: +4 for each out and -10 for each earned run allowed. There is no separate leaderboard for pitchers and there is no ceiling on any individual athlete. Anyone can be at the top.

Does that flexibility in the leaderboard match real-world draft expectations? Anders Jorstad has recently explored mock drafts in Athletes Unlimited softball and indeed discovered that there are an enormous variety of real drafting strategies, including taking pitchers or catchers first, or familiar teammates, or powerful hitters. Every athlete matters.

As any sports fan will gladly and loudly tell you, every statistical system is missing a big important piece: intangibles. Every sport has valuable skills that are statistically unmeasured but that humans can easily spot. To address this issue, the ideal sports league should allow athletes to vote for the most valuable player of each game, with the top vote-getters receiving additional points to move up the leaderboard. Including a measure like this of intangibles would make the scoring system comprehensive. The Athletes Unlimited softball system allows exactly that, and in our white paper, we show that the MVP voting is more than enough to overcome any leaderboard differences due to luck in team results.

Ultimately, the most important task of the ideal league is to make the games competitive. Teams should be relatively balanced to minimize boring outcomes, but not entirely balanced to avoid purely random accounts. We’ve shown through both simulations and empirical research how the Athletes Unlimited softball system solves this fine balancing act to achieve the optimal amount of team parity. If Goldilocks had grown up to be a sports fan, she would say that some sports leagues have too much parity, like watching a coin toss, while others have too little parity, like watching a steamroller. But she would look at Athletes Unlimited and say, ‘This team parity is just right!’

One consequence of our unique approach is the traditional concept of what it means to be a team. Rather than being long-lived franchises with history, a logo, a headquarters and a thriving apparel business, what if we reduce teams to their bare essential function: a collection of players. Each week, have the top players on the leaderboards declared captains, and let them draft their team from the rest of the available players. Anders Jorstad writes about the end of the dynasty that this portends, and why that’s a great thing for sports. Wouldn’t you love to see who your favorite players will draft and who they will avoid? Wouldn’t you rather see the athletes themselves proudly and publicly shape their collective destiny rather than a faceless corporation phoning it in behind the scenes?

We will know that the rest of the positive characteristics of the league are ultimately valid only if the draft order selected by those captains at least roughly and broadly follows the leaderboard. For that, we will have to wait and see. But not for long! Softball season starts Aug. 29, and volleyball is slated to start in 2021.

But if the drafting and the leaderboard are broadly similar, then we will know that we have created for the first time on the face of this earth a new, simple, comprehensive, complete, fair, competitive, meritocratic, and valid league: the ideal sports league.