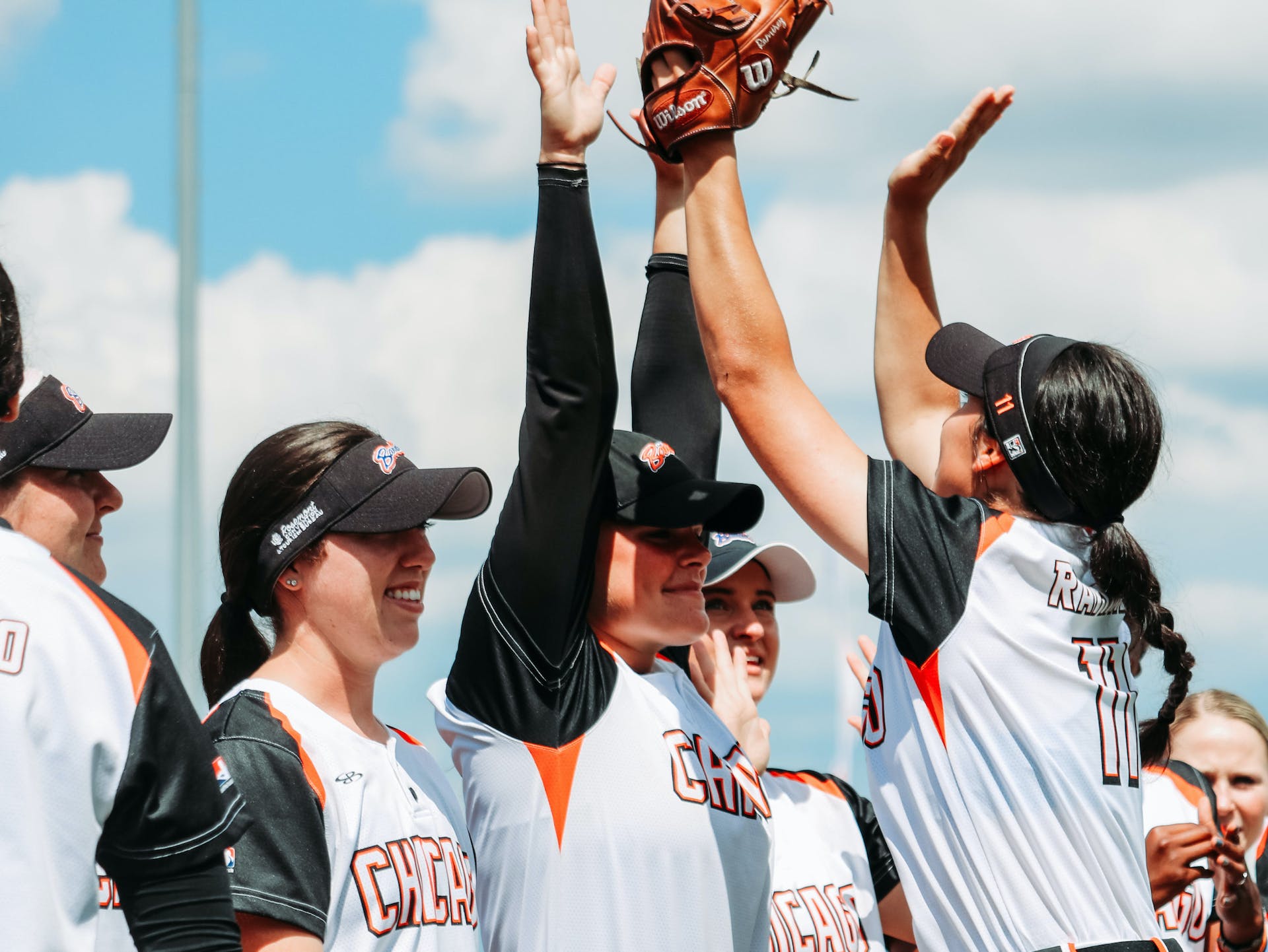 THE END OF THE DYNASTY

On July 8, 2010, ESPN aired The Decision. The live television program, in which NBA superstar LeBron James announced that he would leave his hometown Cleveland Cavaliers to join the Miami Heat, represented a turning point in professional sports. Despite winning two Most Valuable Player awards, James failed to win a championship with Cleveland. The 25-year-old still sought the ever-elusive championship ring.

Along with star Toronto Raptors forward Chris Bosh, James headed to South Beach to team up with Heat legend Dwyane Wade. In doing so, the three stars began a dynasty in Florida, during which the Heat reached the finals in four consecutive seasons and captured a pair of championship titles.

James started something that summer evening. Star players around the league came to realize that if they wanted to win, they needed to team up to do so. The Golden State Warriors, led by Steph Curry, Klay Thompson, and eventually Kevin Durant, reached the finals in five straight seasons from 2015-2019 in developing their own dynasty.

Just last offseason Durant and guard Kyrie Irving teamed up to land in Brooklyn in hopes of reshaping the direction of the Nets. Several other teams around the league have tried this method to varying levels of success.

These stories are far from unusual in the world of sports. Before the Heat, there were the 1990s New York Yankees, who won three World Series titles in four years. The Chicago Bulls won all six of their franchise’s titles within an eight-year span in the ‘90s thanks to the play of Michael Jordan, Scottie Pippen, and Dennis Rodman.

When the Warriors won 73 games during the 2015-2016 season while losing only nine, they posted the best record in NBA history. But for every action there’s an equal and opposite reaction. Someone had to be on the losing end of those 73 games. The Philadelphia 76ers, mired in the middle of an arduous rebuild, went 10-72 that year. During the Sixers’ woeful four seasons from 2013-2014 to 2016-2017, the team averaged around 15,000 fans per home game. In the three seasons since, they’ve averaged 20,000 as the team has grown more competent.

Many fans around the globe love watching a dynasty during its reign over the league. But to some fans, they’re a turn-off. We often forget about the fans of those losing teams in the hubbub of watching a generational squad win year after year. When James left the Cavaliers to join the Heat, Cleveland fans were left holding the bag. James had a shot to win a ring, but he left his hometown team without a hope.

Parity is often considered a desirable trait in sports – the idea that any given team can win on any given night. However, the rise of super teams in the NBA in particular has made parity hard to come by.

Just this past December, Jerry Brewer at The Washington Post lamented what was shaping up to be a fairly mundane regular season given that only a couple of teams showed the potential to win a title. Recently, the NBA has been exploring alternative playoff formats to make the season more interesting.

“But as the NBA makes this shift, it also sends a message in the present: Our 82-game regular season isn’t as compelling as it should be,” Brewer wrote. “It’s admirable that [NBA Commissioner Adam] Silver isn’t pretending, and if he executes his vision properly, he will help modernize the league. But until the change occurs, it’s hard to sell to people that your regular season is must-see TV.”

This problem isn’t unique to the NBA. This spring, Ron Cook at The Pittsburgh Post-Gazette opined that the NFL needed more competitive gameplay.

“The Belichick-Brady New England Patriots dominated the NFL during [the past 20 years], going to nine Super Bowls and winning six,” Cook wrote. “Only three other teams won multiple titles, including the Steelers with a pair […] Wouldn’t it be great if the Patriots take a hard fall? The league really does need a little more parity.”

Coming up this August, Athletes Unlimited is launching a new kind of multi-sport league. The upcoming softball season will prioritize competitive gameplay night after night. Every week, the players on each of the four teams will be redistributed through a draft, in which the top four performers of each week get to decide who their teammates will be. It will throw both the sports dynasty and the concept of tanking out the window.

The primary way that Athletes Unlimited’s model of play encourages parity is through the weekly draft. A consistent realignment of the league’s talent ensures that players end up properly valued, which balances the teams out. However, even after accounting for that, Mahabaleshwarkar and Maymin found that the Athletes Unlimited scoring system also levels out the playing field.

In Athletes Unlimited’s model, a team earns 10 points for outperforming the other team in each inning, plus 50 points for winning the game as a whole.

By comparing the AU scoring system to the MLB style of play, the two researchers took the 2019 performances of the middle four MLB teams. They found that the difference in winning percentage between the 12th-best team and the 15th-best team shrunk from a 20% difference to 14.4%. In essence, teams in the middle of the pack were much more closely aligned to one another using Athletes Unlimited’s model than in the MLB standings.

As you can see, the teams in the middle of the standings end up performing even more similarly using Athletes Unlimited’s system of scoring games. With a lower standard deviation, you also have fewer circumstances where teams are jumping well ahead of one another in the standings. In a league where this happens, every pitch can be massively consequential.

In Maymin’s experiment, he ran simulations using fake teams rather than real ones, giving each team different levels of skill and talent. While the three teams demonstrate different skills, they’re relatively similar in overall talent. But even so, most simulations of a league using the conventional MLB scoring model for these teams results in a dominant team emerging. Team 1 is clearly the dominant squad here. Not only do they win, but they do so consistently. That results in a higher Gini coefficient for this scoring system. Now we take a look at the same teams using the Athletes Unlimited model of scoring. You’ll see below that there are slight changes to the probabilities table.

Although Team 1 is still the top team in the standings 83% of the time, Athletes Unlimited’s system, in which teams earn points for winning individual innings, creates a league where the underdog is more competitive in the long run.

These distributions show that not only are teams performing in ways that incur greater levels of parity, but that the scores of the individual games are also much closer. There is often a correlation in sports between “good games” and “close games,” and these simulations demonstrate how Athletes Unlimited’s scoring system will foster competitive games.

For a more complete explanation of their findings on parity, check out Maymin’s blog post.

By constantly shifting the levers of power within the league, Athletes Unlimited eliminates the likelihood of a dynasty forming. A savvy team captain could draft an unexpectedly dominant squad one week, but those players will have the chance to be properly valued in the next week’s selection.

One angle of the modern sports dynasty that Athletes Unlimited’s system empowers is the concept of surrendering control to the players. The idea of star NBA players teaming up in pursuit of a ring is a compelling one to many fans. With the weekly Athletes Unlimited draft, players have complete control over who their teammates are. Upper management is taken completely out of the equation.

This is a shift from the vast majority of professional sports, where a strong ownership group and front office core can make or break a franchise for decades. No longer will fans have to lose sleep wondering when their favorite team will finally be sold to a competent ownership group.

Athletes Unlimited is prepared to change the game. With an emphasis on competitive gameplay and player control over a league of haves and have-nots, Athletes Unlimited could shift the way we think about sports.