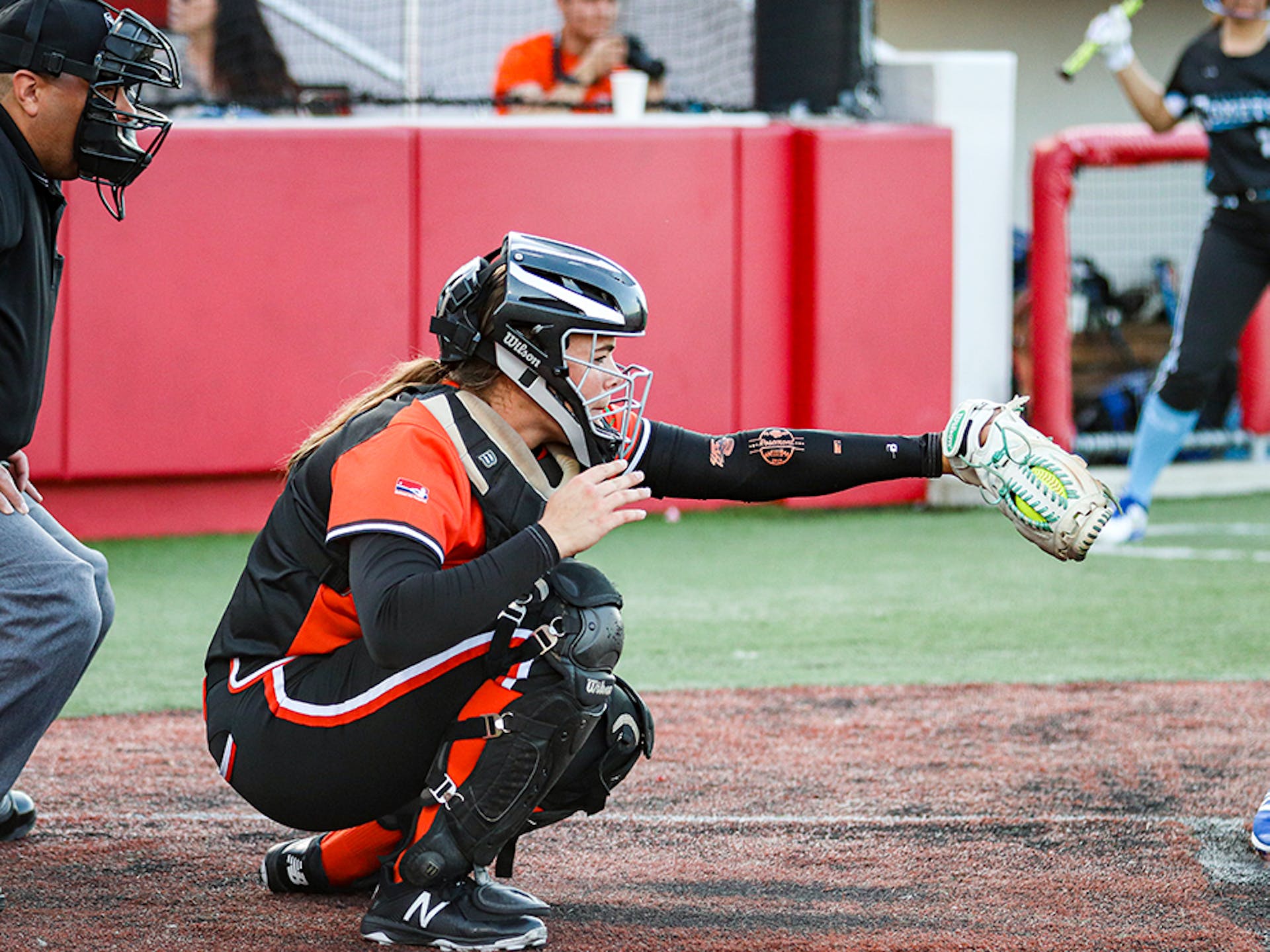 DISCOVERIES FROM THE DRAFT

This month, Athletes Unlimited softball will be bringing something unique to the world of professional sports. Each week, the league’s four teams will be reshuffled and reassembled in accordance with a weekly draft. Players will score individual points in games for feats they accomplish, in addition to team and MVP points, and the top four performers will become team captains for the successive week, allowing them to select their teammates in the draft.

The new system will add an extra gear to the strategic aspects of the league. Players will have to think like an executive in making decisions. For some, this experience will be a first. As the players prepare for the upcoming season, one of the big questions remains: How will players attack the draft?

Four members of the league’s Player Executive Committee (PEC) have been testing and troubleshooting the drafting system over the past few weeks. As the league tries to work out the kinks to ensure a smooth process, these four players are getting a taste of what it’s like to think like a general manager. “I think it’s going to be a lot of fun to see the draft happen,” said Gwen Svekis, one of the league’s PEC members. “I’m interested in the drama that’s going to be associated with it.”

The drafting system is reminiscent of fantasy sports, which have grown rapidly in popularity over the last several years. According to the Fantasy Sports and Gaming Association, there were 59.3 million people playing fantasy sports in the USA and Canada in 2017 – up 60% from 2011 when there was nearly 40 million participants. That aligns pretty neatly with the launch of the daily fantasy website DraftKings in 2012.

In both DraftKings and Athletes Unlimited softball, participants are able to hit the reset button on their rosters each week. DraftKings, along with similarly run FanDuel, has revolutionized sports betting. By giving the player total control over their team, bettors are able to enjoy watching each week knowing that if their team performs poorly, they can simply select different players the following week. The nuances of daily fantasy and the desire of players to get any edge on competition they can have created a whole economy for daily fantasy.

But while the two are similar, there are certainly a great deal of divergences. One of the major differences between Athletes Unlimited’s drafting system and fantasy sports is something that Svekis alludes to in that previous comment: these players will be drafting people they know personally and will have to play with. That can generate some drama.

“Some people are going to draft strictly based on performance and who they think the best players on the field are,” Svekis said. “But for me, I’m going to draft people that I know I play well with or that I know we have good camaraderie as teammates. I know the AU lineup is stacked enough that we’re not going to get stuck with anybody who isn’t a good softball player. Some people are definitely going to draft based on who’s hot or who’s notoriously hot, but Hannah Flippen could go 0-for-50 and I’d still want her on my team.”

That notion of team camaraderie may stop the teams from changing too dramatically week-to-week. Svekis estimates that around 25% of each team will look the same each week regardless just based on the fact that players will want to continue playing with each other. “We have pockets of relationships within the league since we have a lot of National Team groups working together and pro team groups playing together,” Svekis said. “You’re going to find people leaning towards people they’ve already played with who have already had success as a teammate with or who compliment their gameplay really well.”

But some players may want to attack the draft in a more strategic way. While the only statistics that will appear on the drafting screen are batting average and earned run average, players are able to request more in-depth stat packets prior to drafting. This is one of several measures that the PEC and Athletes Unlimited came up with in their collaborative effort to make the process as smooth as possible.

Another way the process has been made easier for players to understand is through mock drafts. During these, players have the opportunity to go through the draft in a risk-free way and sharpen their strategy while also allowing the analysts to see where there may have been unexpected hurdles in the format.

A few trends became evident in the most recent mock draft the PEC performed. Six of the first eight players off the board were either pitchers or catchers. Svekis anticipated this before the draft, calling pitching “the most important position.” Others mentioned that the hitters they took early were specifically players they didn’t want to have to face on other teams.

Prioritizing pitching makes a lot of sense in softball, where one pitcher often throws a majority of innings for their team. But specifically in AU, where teams are awarded points for winning individual innings as well as games, having a lock-down arm can create a lot of opportunities for scoring points. But while several teams try to shore up their pitchers and catchers, another savvy captain could lock up the league’s best hitters. Zagging while others zig is a classic fantasy drafting strategy, and such a tactic could lead to one team simply out-slugging the other in each game.

While to this point only the PEC members have been able to participate in these mocks drafts, any player could become a captain and be in charge of drafting their team on any given week. That means every player needs to understand the process going in, and the league has created a way to give them that experience through scrimmages.

The teams for those scrimmages will be determined by the draft, and by players who haven’t had the chance to participate in the mock drafts yet to familiarize everyone with the system.

“That’s going to give us the opportunity to run through the draft twice and run through the points system twice before gameplay actually starts,” Svekis said. “We asked people who would be comfortable being in that position and we had four people step up to do that. We’ll do that scrimmage and then based on how the points shake out, we’ll have the next group play the next scrimmage. We’ll have the opportunity to work out the kinks with people who aren’t as familiar with it.”

The live draft will add another angle to what’s already turning into one of the most unique leagues in professional sports. Now that we’ve entered the month of August, it won’t be long until fans are exposed to Athletes Unlimited softball for real.