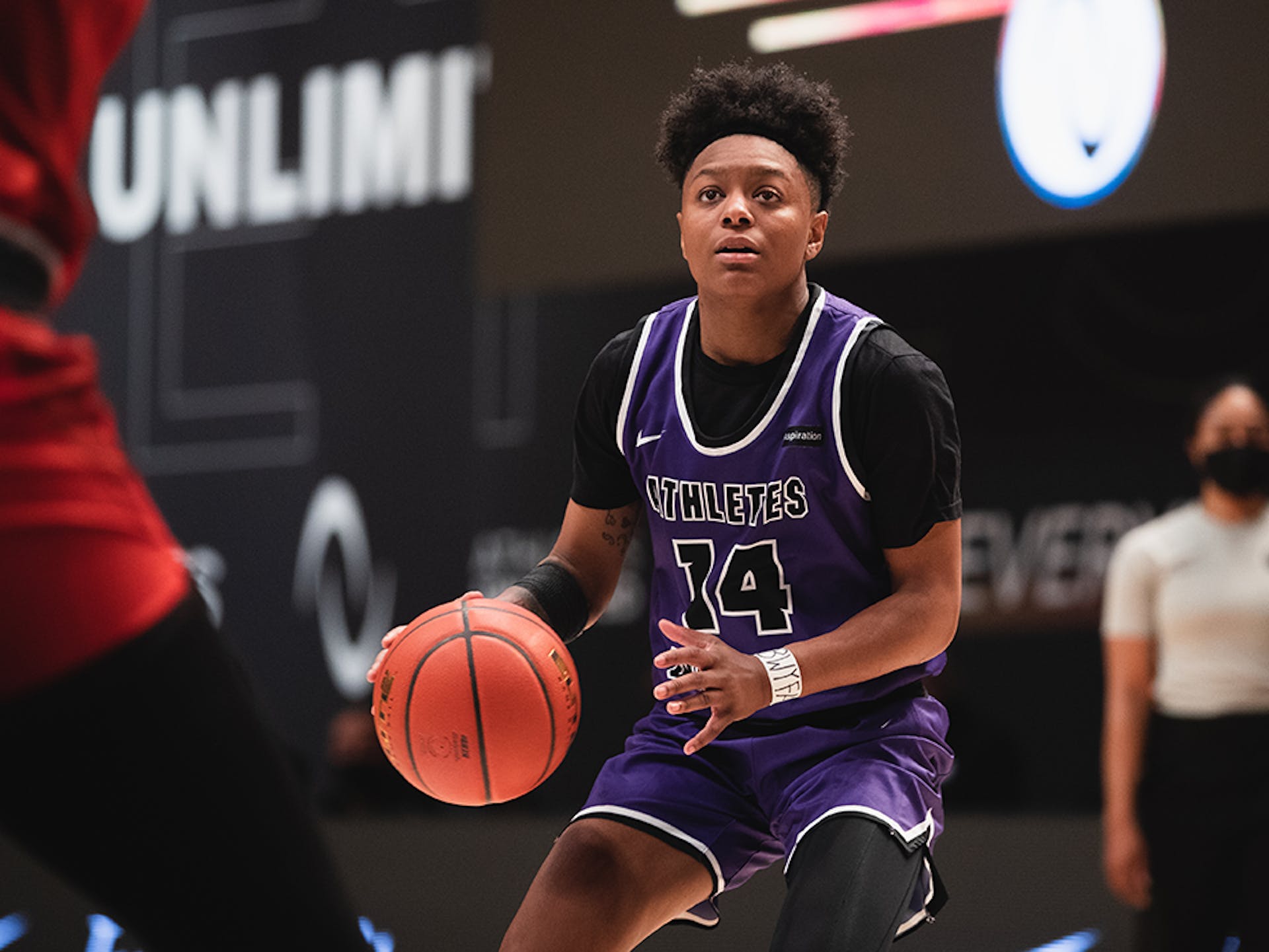 Cole sets focus on Season 2: 'I'm ready to work harder than I ever have'

For some, turning the annual calendar incites the saying: “New Year, New Me.”

For Athletes Unlimited star point guard Taj Cole, it may be a new year, but the grind she’s begun is nothing new.

Cole, who signed her second AU contract in Spring 2022 and was one of the first basketball players to announce she’d play in Dallas this Spring, has turned the focus to herself.

Cole spent the past six-plus months back home, where she’s been working with her family’s private school and basketball facility, the S3 Academy in Petersburg, Virginia.

Whether she’s been working with kids from her area, or exchange students from the likes of Russia, Montenegro, Poland, Senegal and Zimbabwe, Cole has filled the roles of an entire basketball organization’s staff.

From being a leadership professor, to nutritional and travel planning, to graphic design work and leading the social media content campaign, to girls and boys player development, to head coach of the girls varsity team, to serving as the director of operations for basketball – the experience Cole’s established the past six months has been invaluable.

Cole said she did what she could to push and work through the holidays, knowing it was closing in on a time she needed to treat as training camp, and has been fortunate to have her own gym so she can get her shots and weightlifting in.

Nevertheless, Cole said though she has all the access she needs at her fingertips, she never felt as if she went all in while giving her time to others.

But as the calendar changed, so did her focus.

“Just to hear from a league that I tried out for last year, and then contact me so soon, like they really wanted to bring me back for year two,” said Cole, who closed the inaugural season in 10th place on the leaderboard with 4,415 points. “It’s one thing to believe in yourself, but to solidify that with your performance and with what others say about you, I think that’s what I realized the most – and I still want to improve many things.

“I’m excited, so I’m ready to work harder than I ever have. I’m excited about what is bringing so many new faces, I’m excited for the competition, I’m excited just for the league growing itself.”

Cole added she knows she has no excuse for year two with AU, where she’ll try to parlay a successful first season that saw her attract five offers for a WNBA training camp contract.

“I think it proved to me that I can play with the best of the best,” said Cole, whose 12 assists on Feb. 5 are tied for second-most in a game. “I can play with pros, even the veterans who are (WNBA) pros. I can play with people who’ve been to a WNBA championship, (and) played in WNBA Finals.”

It all sounds impressive, but Cole is determined to get better.

After all, the five WNBA contract offers she had following the 2022 AU campaign pale in comparison to this year’s goal.

“This year I just want to focus on getting 12 – all 12 – so that I can make a decision I want to make, and make the right decision,” said Cole, who ranked third in the league with 91 assists. “I just want to be part of an organization that wants me.”

Last year she chose to attend the Connecticut Sun’s camp and was cut before the regular season.

Cole said if she would have gotten only one contract after the inaugural AU season, rather than five, she may have been more disappointed. But she had her pick and chose to go to training camp in Connecticut.

As the Sun found their way to the WNBA Finals with three other AU alum – Courtney Williams, DiJonai Carrington and Odyssey Sims – Cole was thinking ahead to this season, and the opportunities she’s planning on making for herself.

Raising her caliber of play during the 2022 AU season opened the eyes of GMs and coaches in the WNBA because her agent was contacted near the end WNBA’s regular season, by teams who were interested in bringing her on in the event they’d make a playoff run.

And rather than allow rejection to penetrate her mental game, she used it as fuel to remind her at the very least she was sought after.

“I think it gave me validation,” Cole said. “I can always believe in myself, but it showed me the world believed in me and also showed me I can play with the best. I know my time will come.

W.G. Ramirez is a 35-year veteran sports reporter in Southern Nevada, serving as a correspondent for Athletes Unlimited. Follow him on Twitter at @WillieGRamirez.