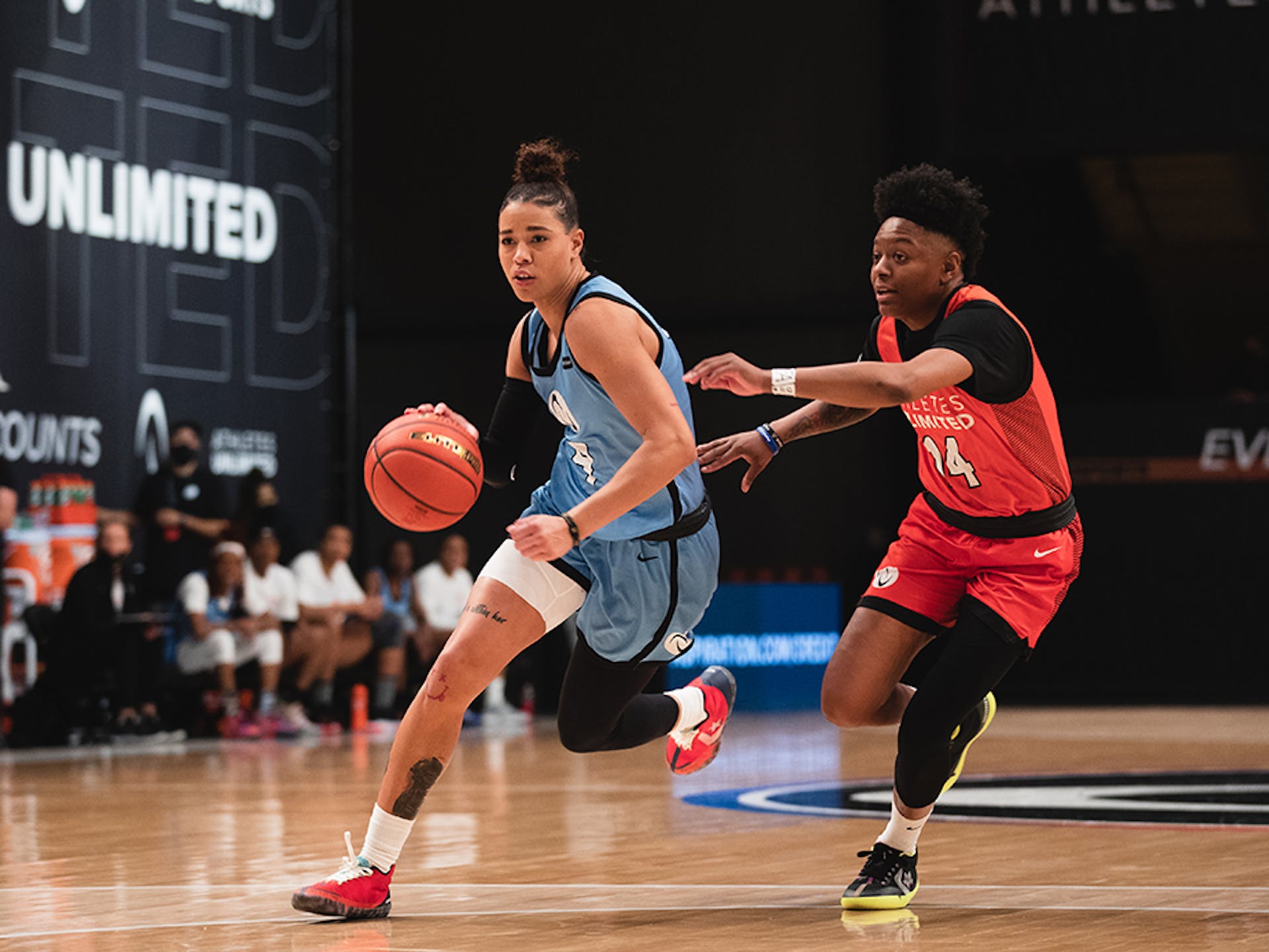 October 25, 2022, New York, N.Y. – The second season of Athletes Unlimited Basketball will take place from February 22 to March 26, 2023, with all games taking place at Fair Park Coliseum in Dallas, Texas. CBS Sports will broadcast five of the 30 games live on CBS Sports Network, and will also showcase a 30-minute special titled “Athletes Unlimited: A Pro Sports Revolution” this Saturday, October 29, at 1:30 p.m. ET on the CBS Television Network and streaming on Paramount+.

In addition, Air National Guard has signed on as Athletes Unlimited’s newest partner, and will support the 2023 basketball season.

Thirty-one players, including 15 with significant WNBA experience, have already signed contracts for the upcoming season. Among the signees are guard Allisha Gray, who helped the United States win a Gold medal in 3X3 at the 2020 Tokyo Olympics, and forward NaLyssa Smith, a member of the 2022 WNBA All-Rookie Team.

In addition, a group of 21 players return for their second Athletes Unlimited Basketball season, including standout guards Lexie Brown, Natasha Cloud and Sydney Colson, who are all members of the Athletes Unlimited Player Executive Committee.

The current roster (in alphabetical order) is below. A complete roster, game schedule and additional details will be announced at a later date.

Like its other leagues, Athletes Unlimited Basketball features a range of scoring innovations to bring athletes and fans a unique and intense version of the sport. Individual athletes earn points based on both team wins and individual performance and become the champions in team sports. Points are earned on every play and the leaderboard will change constantly. In addition, teams change each week, with the top four athletes in the standings serving as captains and drafting their teams. At the end of the five-week season, the player with the most points is crowned as individual champion.

The Air National Guard becomes the Official Military Partner of Athletes Unlimited, and will activate on site throughout the basketball season while also being integrated into the game broadcasts.

“We are thrilled to bring the excitement of Athletes Unlimited Basketball to our great fans in Dallas, which will truly be the epicenter of women’s basketball during that time with AU and the NCAA Final Fours happening so close together,” said Jon Patricof, CEO and Co-Founder of Athletes Unlimited. “We are also proud to have the support of our partners at CBS Sports and Air National Guard in bringing our unique brand of basketball to fans.”

“I’m thrilled to be a part of Athletes Unlimited once again,” said Sydney Colson, who chairs the Athletes Unlimited Basketball Player Executive Committee. “The inaugural season was competitive and fun, and we have a talented roster ready to bring that same intensity to year two in Dallas! We hope the Dallas community is ready to embrace AU hoops because we’re so excited for another season to be able to play stateside.”

“We are excited to have Athletes Unlimited bring its thrilling brand of women’s pro basketball to our incredible fans in Dallas,” said Monica Paul, Executive Director of the Dallas Sports Commission. “Between Athletes Unlimited and the NCAA Women’s Final Four, Dallas will be an epicenter for women’s basketball in February and March.”

“A partnership with Athletes Unlimited will allow the Air National Guard to influence a new, untapped audience and expand our reach with this community of both athletes and fans across the country. The Air National Guard seeks to engage the best and the brightest talent throughout the country and this will give us that opportunity,” said Lt. Col. Anthony Fore, Air Force Recruiting Service Total Force Marketing deputy. “We are proud to partner with an organization that puts an emphasis on equal opportunity, diversity and inclusion, and women’s career growth on and off the field.”