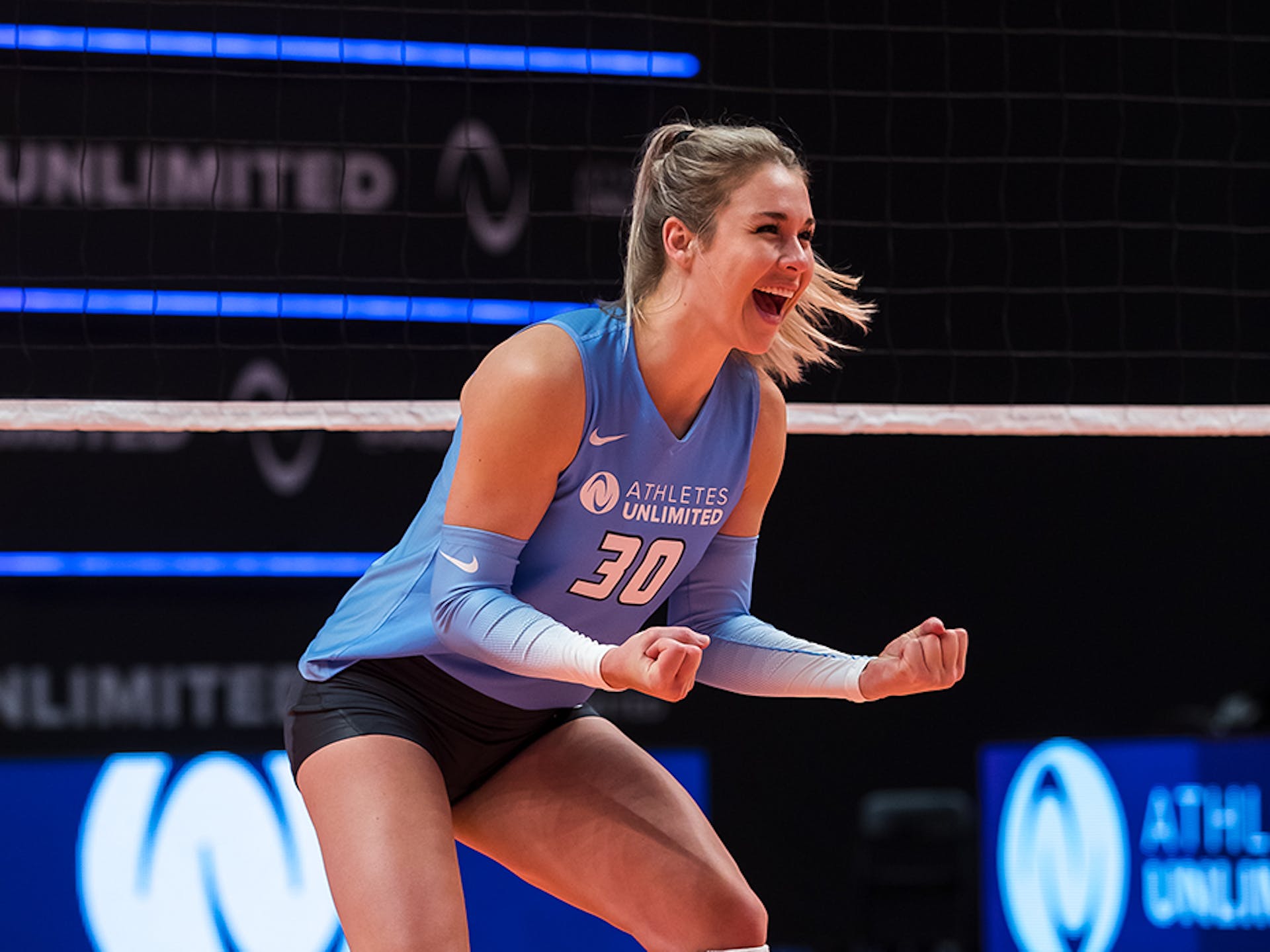 Athletes Unlimited has taken the professional sports world by storm over the last two years with a unique format and fast-paced play across various sports. In 2021, Athletes Unlimited launched into its inaugural volleyball season which consisted of 48 female athletes with experience ranging from the Olympics to international and collegiate play. Regardless of the athlete’s background, everyone was on the same playing field when it came to adjusting to the format.

One of last season’s top ranked athletes, Lianna Sybeldon returns to Athletes Unlimited’s highly competitive roster in the upcoming season after a successful season one in Dallas, Tex. She was ranked 11th overall at the conclusion of the season and said her mindset had everything to do with her success. Like most, she said, “I didn’t know what to expect going into it.” In addition to not knowing what to expect on the court due to the different format, she was also coming off a three-year retirement.

While she was focused on the performance aspect, her main excitement came at the opportunity itself. “I was there for the experience and just excited to be there. I think that helped me perform better because I had less stress than if I had gone in thinking I need to be number one,” Sybeldon said.

Part of the unique experience that comes with Athletes Unlimited is the way the game is played from week to week. Each week teams are different making it harder to establish the same chemistry on the court that you would on a team that you play with each game in a standard season.

“Slides are usually a really effective hit, and as a league, we had a really low hitting percentage on slides overall,” Sybeldon said. “I think that is because we weren’t playing with the same setter each week. Middle setter connection, the chemistry is super important to develop and you don’t have the chance to establish it in the way you would in a standard league… If I was talking to a new player, I would just want them to understand this might be frustrating at times, but it’s awesome overall.

“I feel a sense of pride. I have had girls reach out to me and I feel honored to be in a position where I get to share my experience and advise people to do it. All I can say [to those people] is, I loved it, you should do it too.”

I feel a sense of pride. I have had girls reach out to me and I feel honored to be in a position where I get to share my experience and advise people to do it.
Lianna Sybeldon

As far as next season goes, Sybeldon says she’s careful to keep her mindset the same to keep the pressure to perform at an even higher level than last season at bay.

“There have been times when I’ve put those expectations on myself, and I’ve intentionally pushed them back.”

Rather than putting pressure on herself to overperform, Sybeldon reminds herself how grateful she is to have this opportunity to play with Athletes Unlimited.

“I have the best of both worlds getting to play for AU. I have a normal job and then for a couple months a year I get to go back to living the glory days. That’s such a unique thing that not many people get to experience,” Sybeldon said. “Sport itself is such a cool concept. It unites people.”

While Athletes Unlimited is still growing, Sybeldon said she’s grateful to have a platform here in the United States to create her own version of that for others, something she’ll have another opportunity to do in March when season two kicks off.