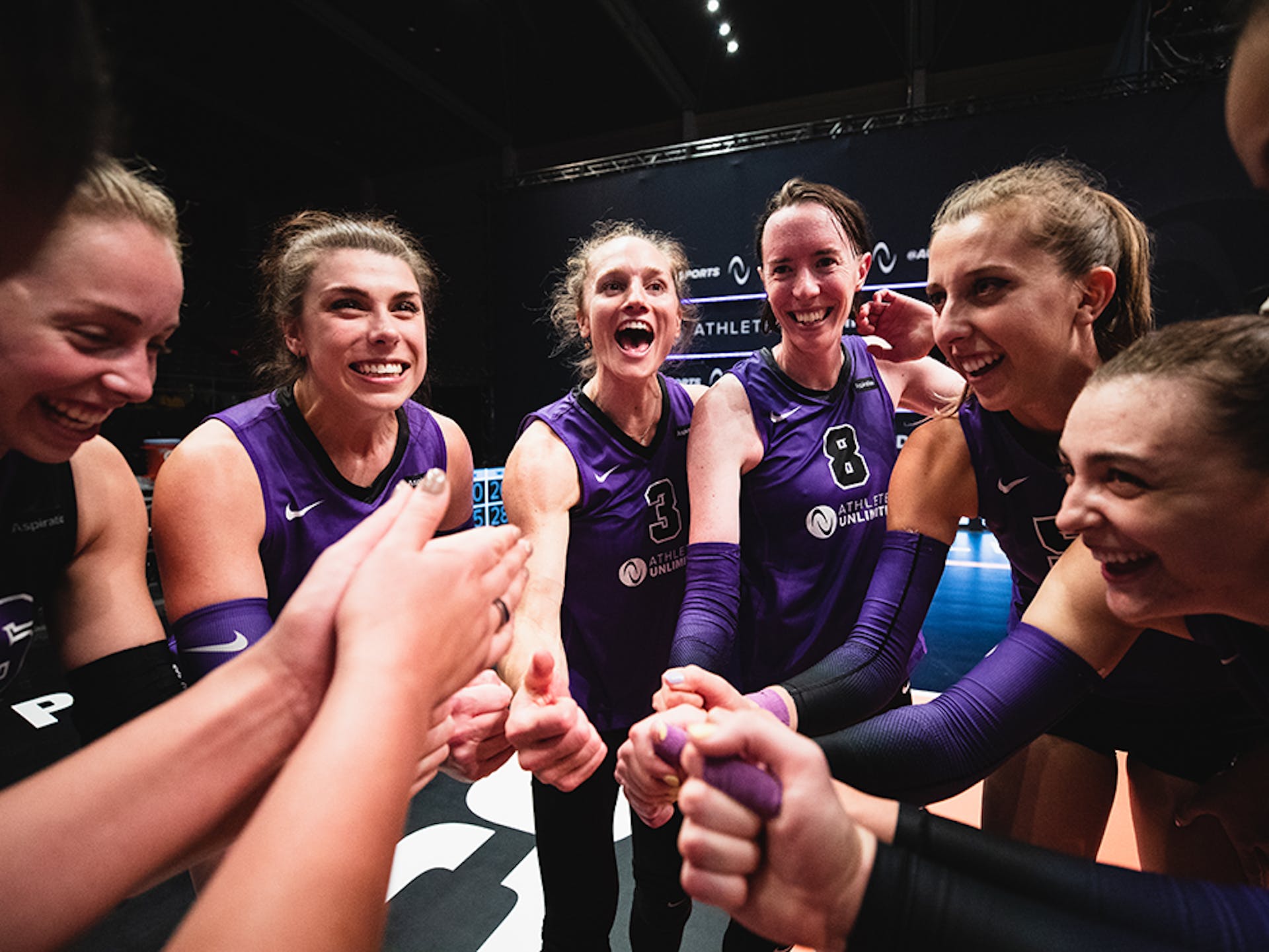 DALLAS — There have been plenty of historical moments during the 2022 Athletes Unlimited Volleyball season, but fans enjoying Saturday’s first match at Fair Park Coliseum were treated to one more piece of league history – the first match requiring a “golden set.”

After dropping the third set by a 25-18 margin to force an extra set, Team Lichtman hit .364 with five kills and no errors in extra time to claim a 78-76 victory over Team Valentin-Anderson.

Outside hitters Lindsay Stalzer and Madison Villines combined to register 21 kills, while Villines added a team-high 17 digs in the loss for Team Valentin-Anderson, which was held to just a .142 hitting percentage. Team captain Natalia Valentin-Anderson fashioned a double-double with 33 assists and 12 digs.

Team Lichtman took the early lead with a 25-20 victory in the first set as Peterson registered six kills. The squad extended its overall advantage to 53-46 after battling to a 28-26 verdict in the middle frame on the strength of five kills and seven digs from Lichtman. After falling by a 25-18 margin in the third set, Team Lichtman won the match with a Childress kill and an attack error by Stalzer.

Team Lichtman secured 140 of the 180 possible win points by winning the first two sets and the overall match. Lichtman, who earned MVP 1 honors, secured her second 300-point effort after finishing with 335 leaderboard points, while Hentz followed with 286 points on the strength of an MVP 2 award. Childress added 225 points after claiming the MVP 3 distinction. Valentin-Anderson paced her squad in the loss with 147 points to hold onto second place on the leaderboard.