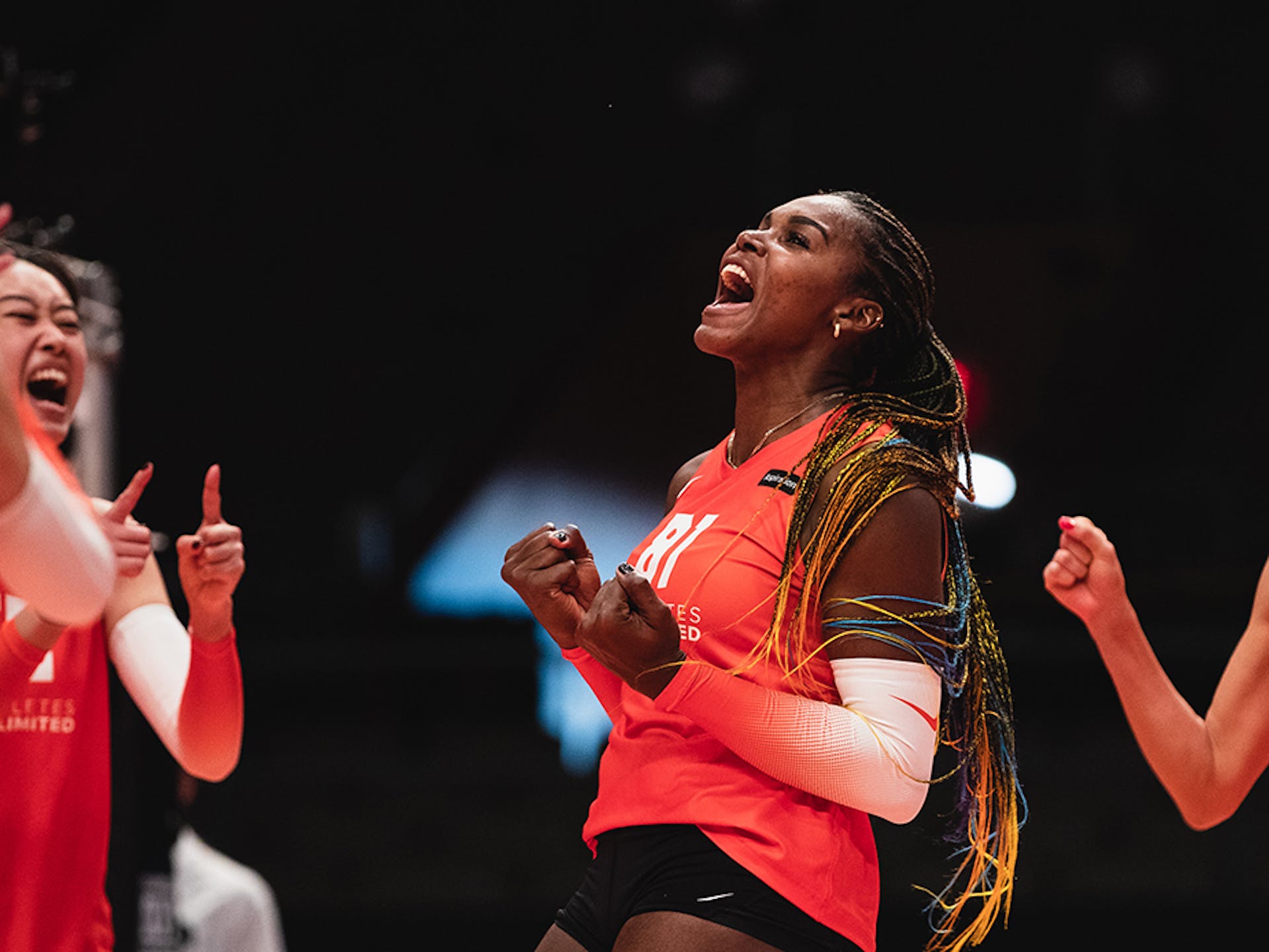 De La Cruz, who fashioned 22 kills in Wednesday’s win over Team Valentin-Anderson, bettered the league’s single-match record with the final kill of the night to secure her team’s lone set victory. Outside hitter Aury Cruz held the mark of 26 kills against Team Larson on Mar. 28, 2021.

Outside hitter Cassidy Lichtman fashioned her first double-double of the season with 11 kills and 15 digs to lead Team Stivrins in the victory, while opposite hitter Falyn Fonoimoana chipped in a team-high 15 kills with seven digs. Outside hitter Leah Edmond added 13 kills on 44 attempts.

Fonoimoana posted 15 kills, seven digs and one ace for Team Stivrins for 335 points. De La Cruz added an ace and seven digs to her record-setting kills effort to tally 291 points. A double-double performance from Licthman, featuring 15 digs and 11 kills, earned her 316 points.