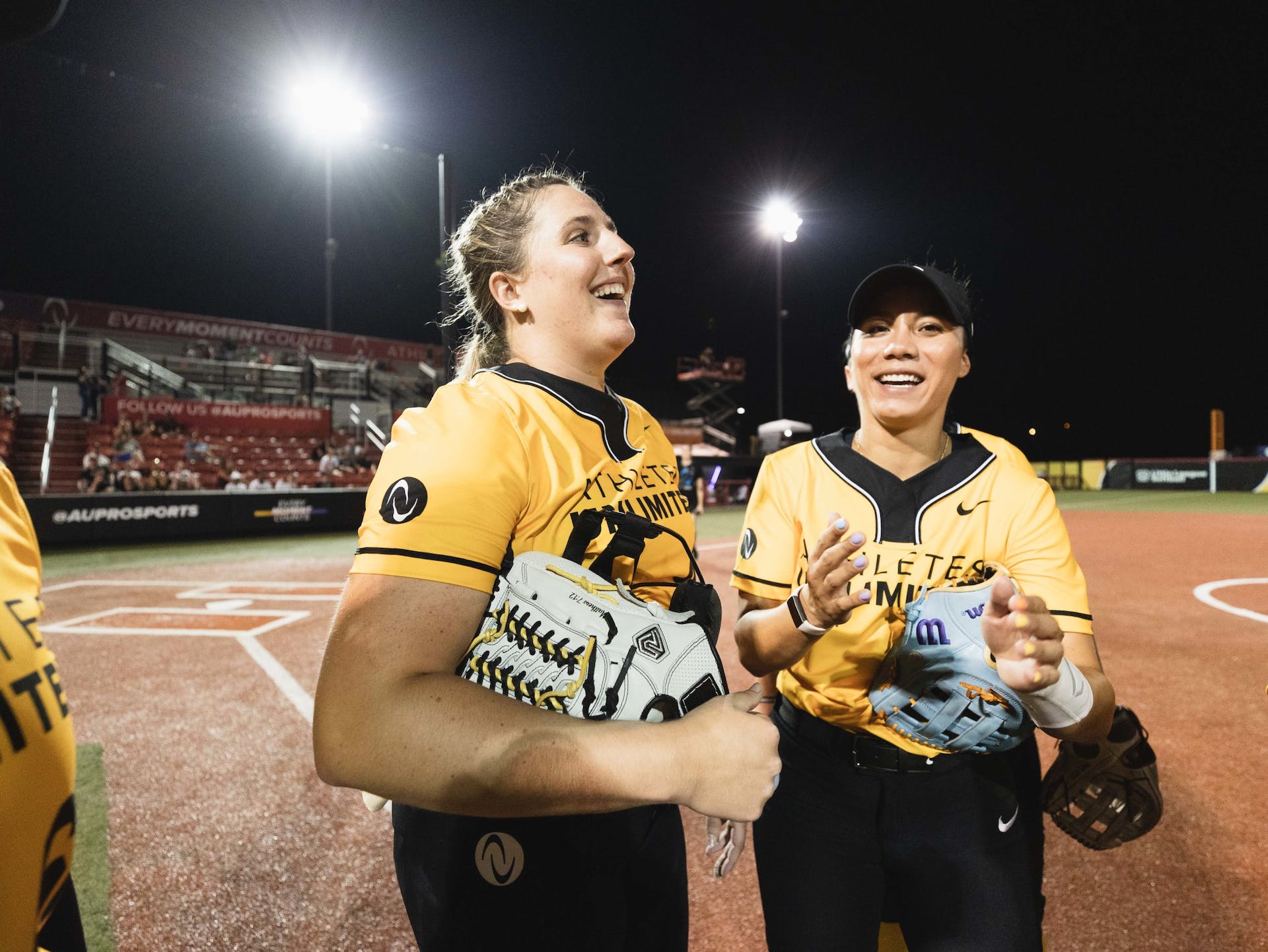 ROSEMONT, Ill. — Team Eberle struck gold on the leaderboard in its first outing during Week Two of the 2022 Athletes Unlimited Softball Championship Season, claiming all 120 possible win points as a result of a 5-1 victory over Team Harshman on Friday night at the Parkway Bank Sports Complex.

The squad used two runs in the first inning to take the initial win points before adding another 50 points as a result of its tally in the sixth inning. With two insurance runs in the seventh, Team Eberle completed the sweep.

Team captain Carrie Eberle excelled in the circle by conceding one run on four hits over 6.0 innings with three strikeouts. Eberle, who ran her record to 2-0 on the year, fashioned 242 leaderboard points, including 60 points as the MVP 1 selection.

Outfielder Victoria Hayward, who was honored as the MVP 2 recipient, paced the offense for Team Eberle by going 3-for-4 with a run scored and a run batted in. Shortstop Anissa Urtez, the game’s MVP 3 pick, drove in three runs with her third home run of the season and a sacrifice fly.

Pitcher Rachel Garcia took the loss for Team Harshman after giving up two runs on four hits in 5.0 innings. Four different players registered a hit offensively in the setback.

The win allowed Eberle to build a 166-point lead on the leaderboard over catcher Dejah Mulipola, while Urtez and Hayward both made moves into the top four spots with their efforts in the victory.