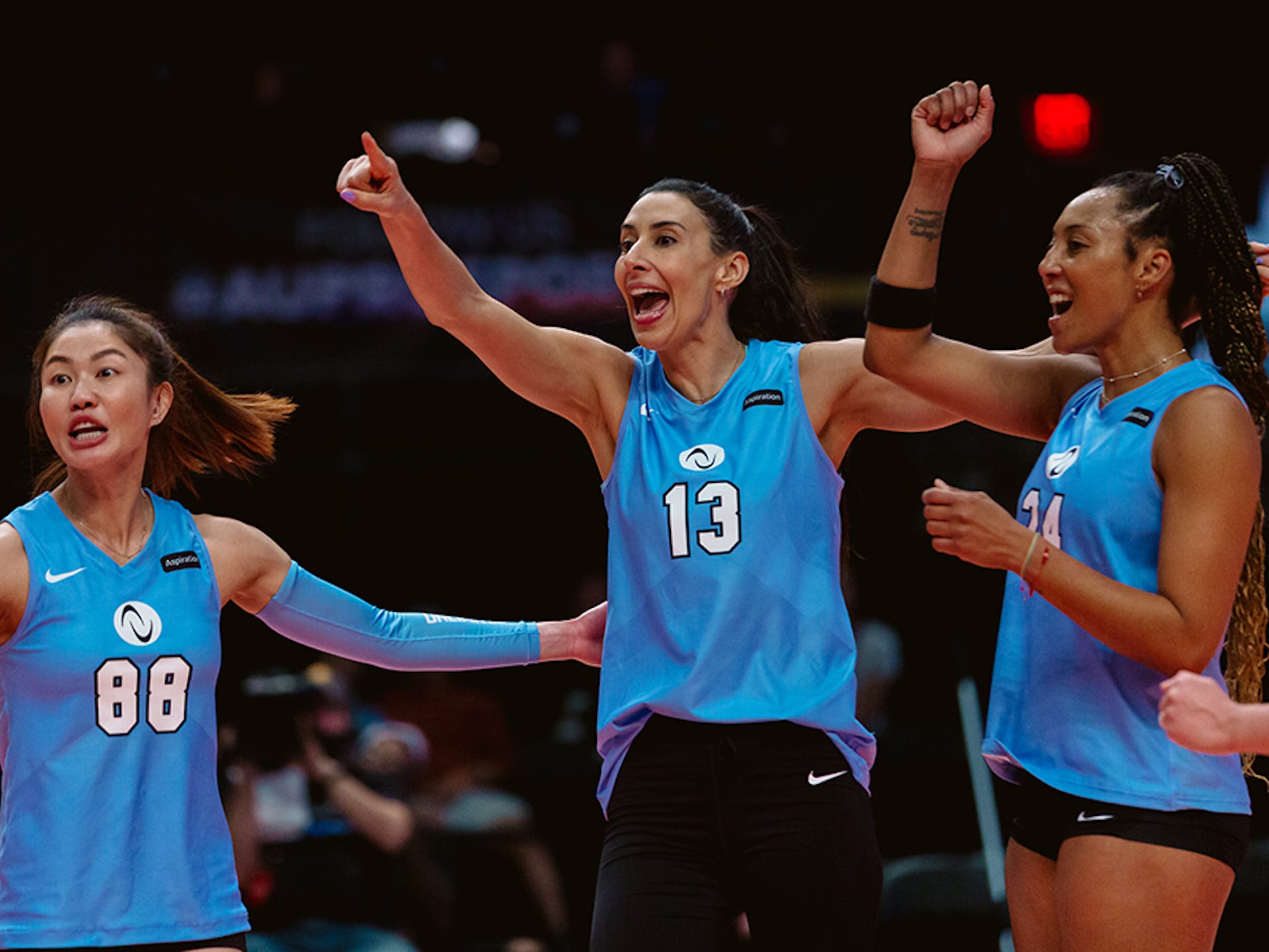 DALLAS — If there were any questions about whether opposite hitter Sheilla Castro was going to end her professional career victorious, her teammates quickly provided the answers.

Team Sheilla, which authored its second consecutive three-set sweep, finished Week Four with a 2-1 record, while Team Valentin-Anderson suffered its first blemish of the week to end with an identical 2-1 mark.

Sheilla was one of two Team Sheilla players to register a double-digit kill effort as outside hitter Lindsay Stalzer registered a match-high 12 kills in addition to seven digs. Setter Nootsara Tomkom fashioned a double-double with 22 assists and 10 digs as Team Sheilla hit .272 in the victory.

Team Castro used four service aces and a .375 hitting percentage in the opening set to build an early 25-15 advantage. The squad extended the margin to 50-37 after taking the second set on the strength of five Stalzer kills. Team Castro polished off the sweep with a 25-17 verdict.

Stalzer led all players with a career-high 372 leaderboard points after being named the MVP 2 selection and registering a match-high 152 stat points. Castro, the No. 1 MVP honoree, chipped in 292 points while Tomkom followed with 284 points. Valentin-Anderson paced her team in the loss with 130 leaderboard points. Sybeldon added 87 points, including 20 points as the MVP 3 pick.