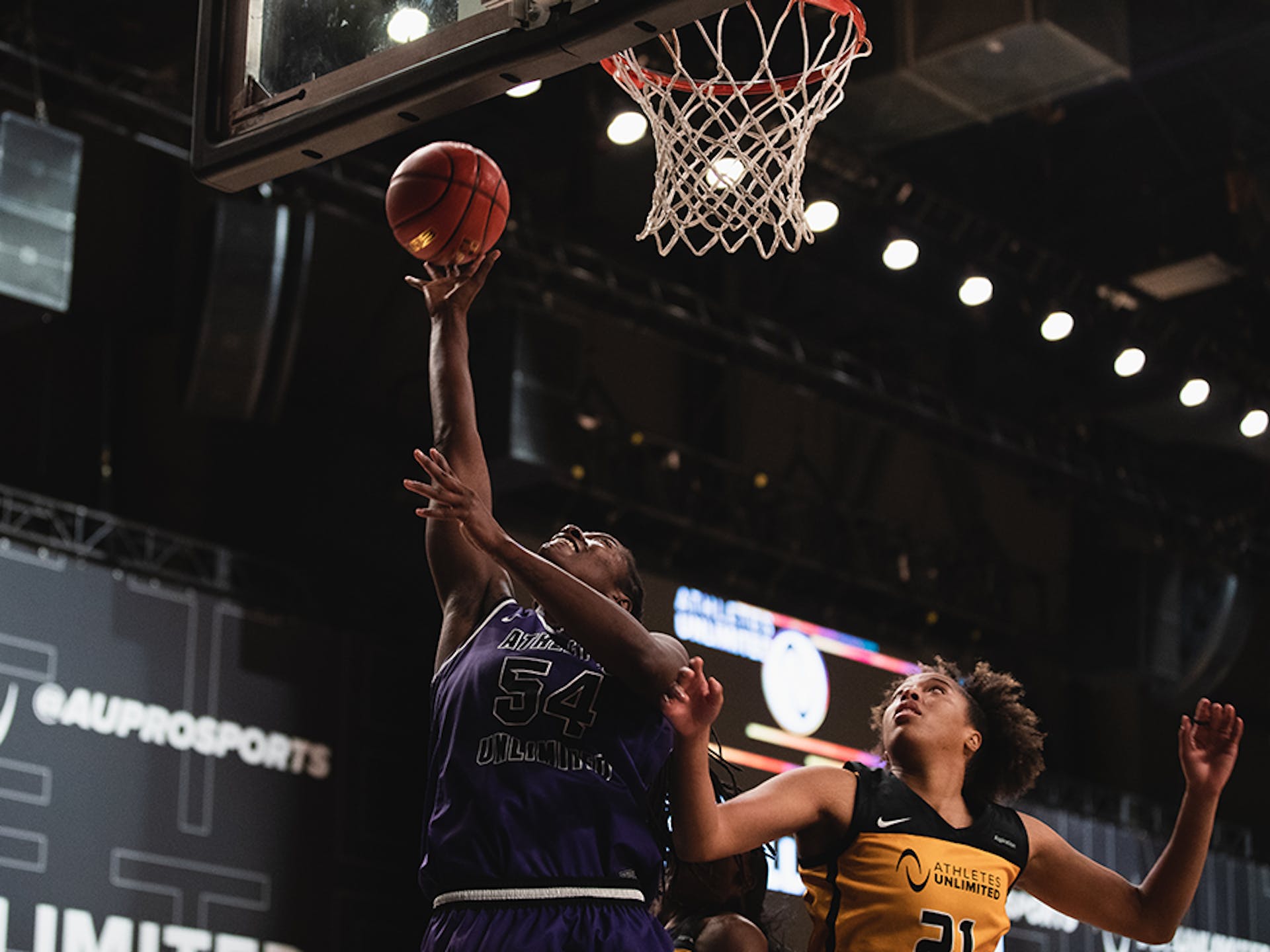 Greene also finished with 10 rebounds, as she registered her second double-double of the season.

And while Hawkins finished with a game-high 20 points, she had just eight after three quarters, as Team Harrison did everything it could to stay in her space and make life uncomfortable for her in the offensive zone. Destinee Walker chipped in with 10 points for Team Hawkins.

“We was staying near her, we wasn’t giving her nothing,” Young said about Hawkins. “She’s out here breaking her own records. We wasn’t going for that tonight. Make everything difficult for her – game plan, period.”

Hawkins, the only first-time captain this week, finished 8 of 14 from the floor but shot just 3 of 8 through the first three quarters.

Hawkins said managing lineups and trying to play as efficiently as she had been was a struggle.

The domination carried into the second quarter, where Team Hawkins went 13 consecutive possessions without a bucket. At the other end, Team Harrison scored the first 16 points of the quarter and extended its lead to 37-13. Colson stopped the bleeding with Team Hawkins’ first points of the quarter at the 3:05 mark. The teams traded buckets down the stretch and Team Harrison took a 41-19 lead into the locker room – the biggest halftime lead his season.

“Everybody brought a lot of energy, so everybody contributed to the game,” Greene said.

Team Harrison continued to harass Hawkins, making sure defenders stayed in her space to disrupt any sort of rhythm Team Hawkins hoped for out of the break. Team Harrison’s 11-2 run to start the quarter gave it a 52-21 advantage, and the 31-point lead was the largest for any team this season. Young scored eight straight points for Team Harrison, which outscored Team Hawkins 21-16 in the stanza.

KEY MOMENT: Team Harrison put together a 12-2 run in a three-minute span during the first quarter to take a 14-5 lead it did not relinquish. The team continued to lead and built a 34-point advantage midway through the fourth quarter.

NOTES: Greene was named MVP 1 for 90 points and finished the night 581 points. Young earned 60 points for MVP 2 honors, tallying 419 points. Captaining her squad to victory and earned 30 points for MVP 3 was Harrison, who racked up 394 points.

Team Harrison led by a 71-37 margin with 6:19 left in the fourth quarter, marking the largest lead at any point in a game this season in Athletes Unlimited Basketball. … Team Harrison’s 25-point margin of victory is the largest in a game this season. … Team Harrison out-rebounded Team Hawkins, 43-36, and held a 36-9 advantage in bench points. … The squad also converted 20 Team Hawkins turnovers into 26 points. … Team Hawkins was limited to just six points in the second quarter, the lowest single-quarter total by a team this season. … Harrison has scored in double figures six times in seven games. … Guard Courtney Williams dished out a game-high eight assists for Team Harrison, and has posted 29 assists in her four outings this season after missing Week One.

Alisha Childress comes out of retirement to join Athletes Unlimited

The Top 10 Plays from Lacrosse Week 4