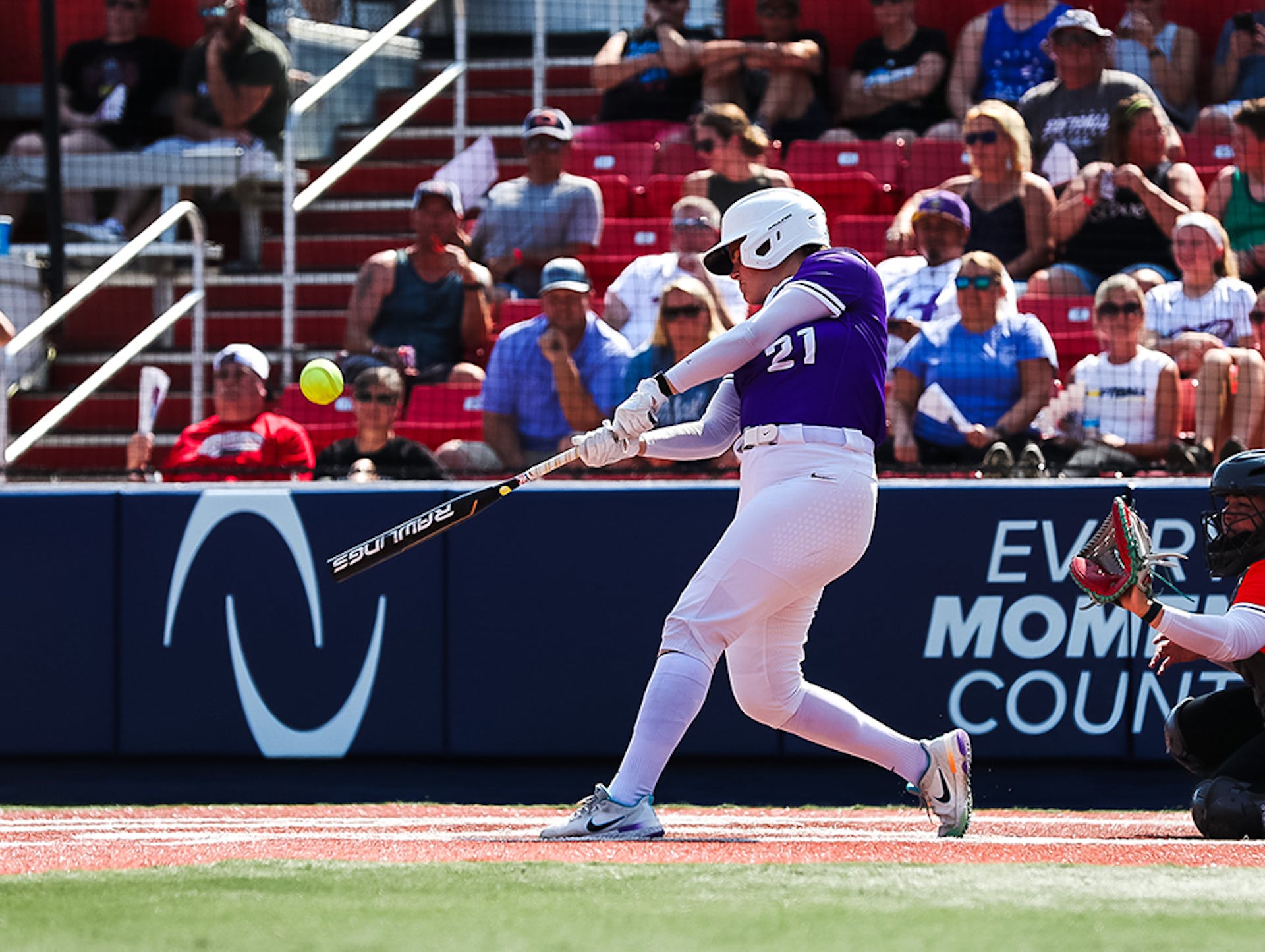 What’s for brunch? For Team Purple Sunday, it was a platterful of extra-base hits.

Getting an early start on things at 11 a.m. CT in Rosemont, Illinois captain Aleshia Ocasio’s team feasted on pitching from Team Jaquish (Orange), hitting three home runs and five doubles in a 14-1 victory.

“Our approach today was to come out with the same fierceness that we did yesterday,” said catcher Gwen Svekis, who hit her third and fourth home runs of the season and drove in five runs. “I think we all know we put bat on ball yesterday, and it just didn’t fall our way. Lele (Ocasio) pitched a great game. CC (Sunday’s pitcher Odicci Alexander) showed up today and pitched an awesome game to help her out.

“That was awesome. Putting up zeros on the board helps us gain momentum throughout the game, and it’s easier for the offense to rally behind that. Hitting is really contagious. We had a couple innings where it was just hit after hit after hit. That stuff is hard to slow down once it gets going.”

Amanda Sanchez opened the scoring for Team Ocasio with an RBI double in the second against Taran Alvelo (1-3). Kelsey Stewart hit a sacrifice fly, and Svekis hit the first homer, a line-drive to left field to bring in two more.

Purple broke it open completely in the forth with five more. Amanda Lorenz hit a two-run double, and Kelsey Stewart followed with a home run to right. Svekis hit her second homer of the game in the sixth, a three-run blast over the TV cameras in center.

In the circle, Alexander (2-1) worked five innings, giving up three hits and one run while walking no one and striking out seven.

Now and then, Svekis would impart a word or two of wisdom to Alexander. The two players finished 1-2 in the game’s MVP voting, with Stewart third.

“Honestly, just be smart,” said Alexander, who also got an at-bat in the sixth and doubled. “They know these hitters better than I do. I’m confident with Gwen back there, and I know she’s confident in me. Just having someone believe in you and knowing what you can do, knowing you can do it, I think that takes me a very long way.”

Svekis has worked both ends of the spectrum, having caught veteran legend Cat Osterman and rising star Alexander.

“Oh my gosh,” Svekis said. “Odicci is obviously one of the rookies everyone in the world wants to get to know. So having her in this league and getting to know her as a human and also seeing what a beast she is on the mound, she’s a really smart player. It’s easy. She’s a sponge. Sometimes pitchers do what they do, and they want to keep doing it. Odicci wants to learn. She wants to know what gets these hitters out.

“Catching Cat who is a longtime vet who I get to learn from and then getting to catch CC who is a rookie and getting to impart any little grain of knowledge I might have in my brain is really fulfilling, and I love catching CC.”

Not only was Sunday a big day on the field, but Athletes Unlimited dedicated the day to celebrating Hispanic and LatinX Heritage Month.

With the victory, Ocasio moved up three spots to first in the overall points leaderboard with 1,358. Stewart went from 10th to fifth, with 1,142.