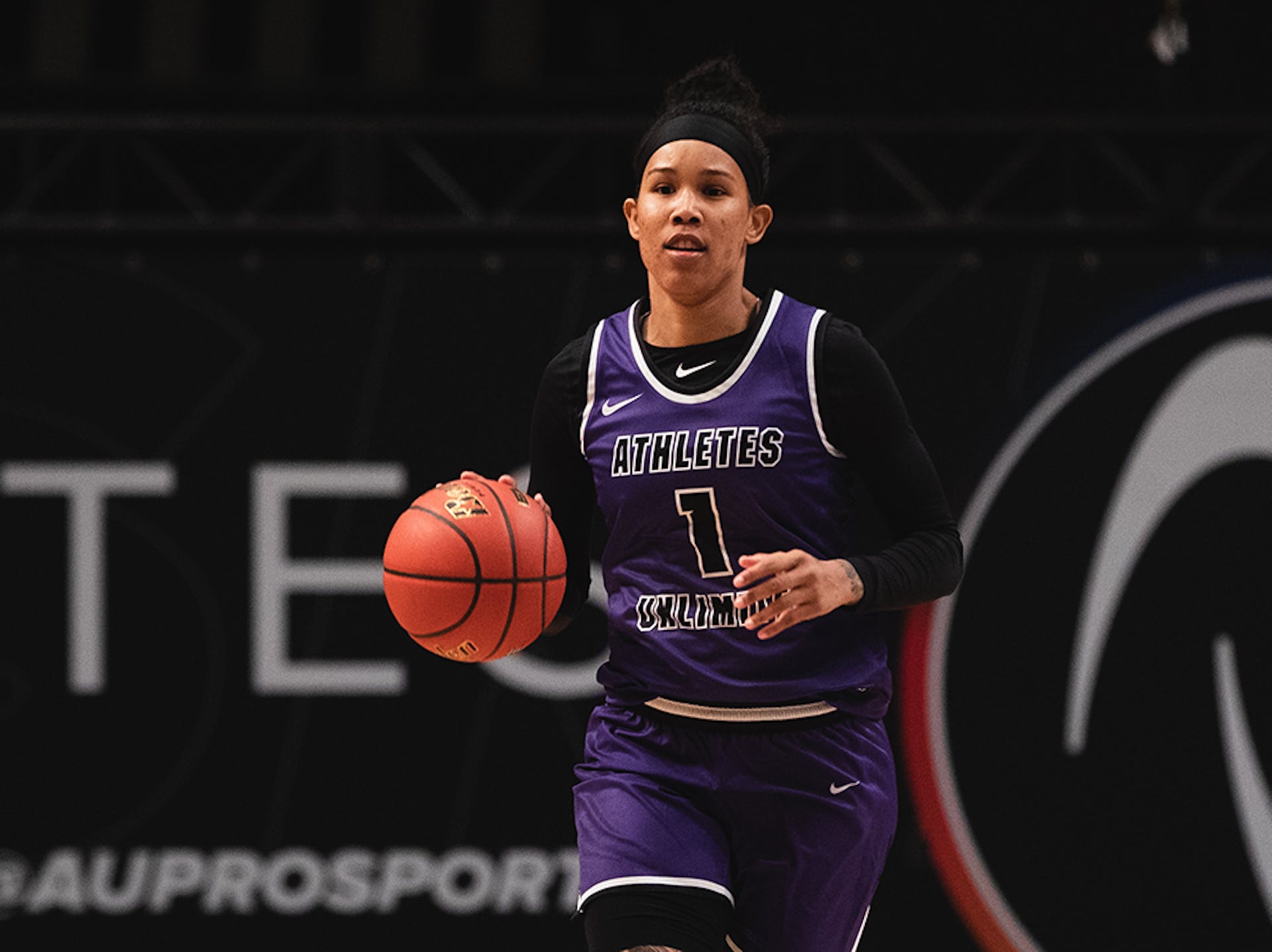 LAS VEGAS — Some people can brighten a room with immediacy, upon entering with their intoxicating smile.

Affectionately known as Ty to family, friends and fans, her mere presence has become a ray of sunshine in every basketball venue she enters.

“She’s so popular and beloved because of her energy,” Las Vegas Aces star and former teammate A’ja Wilson wrote in a text. “She’s always smiling. She’s always looking to have fun and that’s why I love her.”

Prior to a recent game at the Athletes Unlimited Arena, Aces and Las Vegas Raiders owner Mark Davis was walking to his seat courtside, and while others were happy to see him, he seemed filled with joy when he saw Young, who spent 12 years in the WNBA, including two seasons in Las Vegas.

And while Young’s vibrant and infectious energy is unmatched, the 35-year-old has also earned the respect of peers as someone who has put her time into the sport: from starring at Emsley A. Laney High School in Wilmington, N.C., to shining bright at James Madison University, to playing pivotal roles on the teams she played for in the WNBA.

Now, as Athletes Unlimited becomes an instant hit during its inaugural season, Young has once again become a polarizing and popular figure who walks and talks with a sense of pride, while bringing experience that will benefit the 43 other women in Athlete Unlimited Basketball as she helps lay the foundation for the upstart league.

“As a kid, I always wanted to play in the WNBA,” Young said. “I never thought that my experience would last for 12 years, which was a blessing and amazing. Traveling, playing with the best in the world. It’s still one of the best basketball (leagues) that I feel I’ve ever played with.

“And now we have another women’s pro league which expounds on the women’s sport, and I believe Vegas is a great location that people come through, they come in and out all the time. I think this is going to grow even larger. Right now it’s six weeks. And right now we’re even having more people who are asking about next year, about joining. And so, for me, it’s just about help putting it on a map, the experience and just having fun and excitement.”

It’s also about playing for the memory of her father, who passed away after a battle with pancreatic cancer in 2015.

Typical, of her, thinking of others first.

O.G. started out as a term to describe an “original gangster,” literally, recognizing gang members and paying respect to the founding members from a certain set. But as the hip hop culture evolved, the phrase “O.G.” was adopted across the board to describe someone like Young, who has “been there, done that” in the walk of life youngsters have yet to learn.

“That’s our O.G.,” said Natasha Cloud, following a game during Week 1, talking about Young’s pivotal role during a game and her essential role. “Ty has been the unsung hero the majority of her career and she doesn’t get the respect that she deserves. And the fact that she’s still doing it after 12-plus years, and she’s still doing her thing, I think it just speaks volumes to the player that she is, teammate that she is, her unselfishness to be able to take on that role and just do it to the best of her ability.”

It’s an ability and a knack for being a good teammate that has always been a part of her genetic code.

As she began falling in love with basketball at the age of nine, Young was always playing with her siblings. It was her older brother, A.J., who made her fall in love with the sport in the late 1990s.

Young was named Laney High School’s Female Athlete of the Year in 2003, a McDonald’s All-American nominee in 2004, and a two-time Wilmington Star-News Mideastern Conference Player of the Year (2003, 2004). Young, who was Laney’s track team MVP in 2002, led the school to the regular-season title in 2003, and the tournament championship twice, in 2003 and 2004. Her jersey is retired there, along with another O.G., a kid named Michael Jordan who also starred for the Buccaneers.

She moved on to James Madison and set numerous records while starring for the Dukes, including the conference’s all-time scoring record. Young led the Dukes into the third round of the 2008 WNIT her senior season when she averaged a double-double, both career highs of 20.4 points and 10.4 rebounds per game.

Finally, the dreams of that 9-year-old from Wilmington came true, as Young was drafted eighth overall by the Atlanta Dream in the same draft class that Candace Parker went No. 1, and fellow AU-player Essence Carson was drafted 7th.

And like the passion and greatness that grew within, over a 12-year career the respect and admiration from peers grew exponentially.

Wilson, arguably the newest face of the WNBA, has a different label for the O.G.

“I call her grandma because she was pretty much the only vet that I had my rookie year,” Wilson wrote. “I started calling her grandma and she started calling me Grandma’s baby. She kind of guided me through, even though she didn’t play my position and the heart that she plays with is incredible.”

Now Athletes Unlimited is the benefactor of the heart and soul of an “O.G. Grandma,” as her personality, experience and efficiency continue to rub off 43 others who would strongly be advised to take notice of who they’re fortunate to play with this season.

Along with her O.G. status, comes the appreciation for a massive shoe collection that might make Foot Locker jealous.

Most professional athletes need an expanded walk-in closet for their clothes and shoes. Young has an entire room in her home dedicated – and designed as a shrine – for more than 500 pairs of shoes.

“I’ve loved kicks since I was a little kid,” said Young, who exemplifies the meaning to sneakerhead. “My parents weren’t able to afford too many kicks for me. But as I got older and was able to afford them on my own, I would work just to get money just to buy sneakers.”

Imagine being able to wear a different pair of sneakers every day for almost two years.

Young can do that if she wanted to.

She’s been collecting shoes for almost 20 years and spent most of her time accumulating them without an endorsement before signing with Reebok in Feb. 2021.

Jordans, Pennys, LeBrons… you name the shoe, she’s got ’em all.

“As I became a pro, making more money and meeting different people who gifted me kicks, they just added to my collection,” Young said. “I’ve always loved it, so the love was always there, but being able to meet people and have money to buy it made it even better.”

Fact is, in her case, it’s not the shoe that’s made the woman, but rather the woman who’s been walking the walk and talking the talk since she first fell in love with the sport.

Young’s status far outweighs the records she’s broken, the teams she’s led, the years of sweat and tears, and the shoes she owns.

What matters most now is the respect Young is owed as a true O.G. in the sport of basketball.