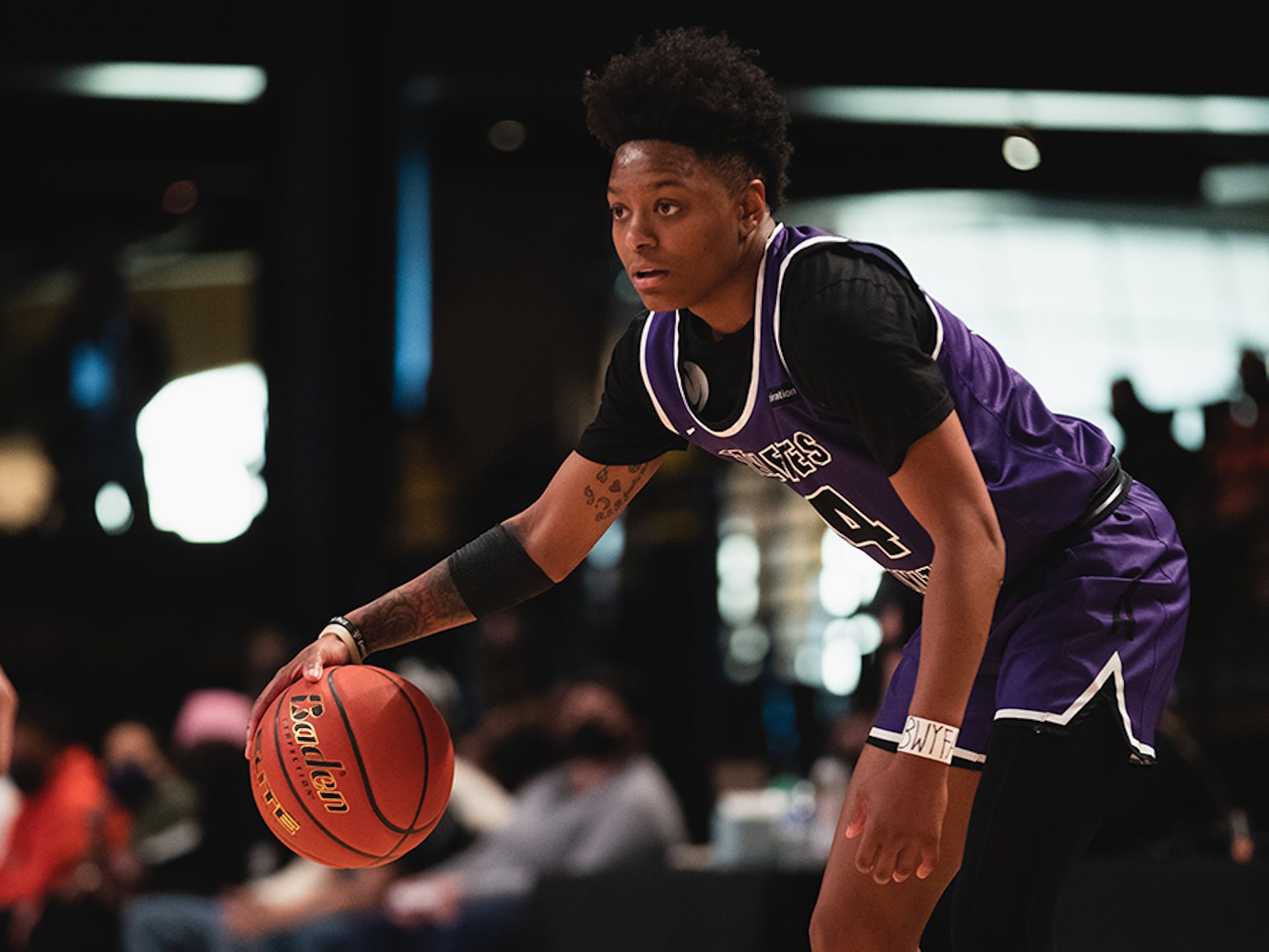 Brown and Cole win last battle of the duos against Team Cloud, 97-88

LAS VEGAS — There’s been a lot of talking over the five weeks of the inaugural Athletes Unlimited Basketball season, especially when it comes to a pair of duos that have played together since Week 1.

Friday night the last bit of garbage jargon was spewed by four of the league’s top players, as Lexie Brown and Taj Cole got the best of Natasha Cloud and DiJonai Carrington.

“The whole time we’ve been here some of our best games have been against Natasha and DiJonai’s team,” said Lexie Brown, who also dished out seven assists in the victory and added a game-high three steals. “And they do a whole lotta talking, which makes the games a lot of fun. But it’s nice to get a win against them because they were doing so much talking at the end of that game.”

Kalani Brown added 13 points and 16 rebounds, her third double-double of the season. Kalani Brown set a league single-game high with her 16 boards.

Cloud led all scorers with 31 points, Carrington had 20 points and 9 rebounds, and Lauren Manis added 13 points.

Team Cloud out-rebounded Team Brown by a 43-36 margin, including a 15-5 edge on the offensive end, converting them into 15 second-chance points. But it wasn’t enough to overcome poor shooting spurts.

After opening the game with a five-point lead after the first quarter, Team Cloud struggled to shoot consistently, including a rough fourth quarter that saw it make just 5 of 14 (35.7%) from the floor.

“It was pretty back-and-forth, we had a run early in the first and I think we got a little bit too high, and then we didn’t do the things we needed to do to win the game,” Manis said. “Our defense wasn’t great, and they were hitting like they do and we tried to play hero ball toward the end of the game. There was a lot of one-on-one, the ball wasn’t moving and you’re not gonna win a game that way.”

After a quick outburst that saw Team Cloud open the game 6-0, Team Brown responded with nine straight to trigger a back-and-forth affair that would see four lead changes throughout the first half. Team Brown held an eight-point lead late in the first quarter, while Team Cloud pulled away for a 13-point advantage midway through the second quarter.

Pacing Team Cloud in the first half was Manis, who scored 13 of her points over the first 20 minutes to pick up the slack for her squad’s paltry 16 of 42 (38.1%) shooting. Carrington and Cloud chipping in with eight apiece.

Team Brown finished the game making 51.5 percent of its field-goal attempts, including a 19-for-33 (.576) effort in the second half.

“Usually you’re silencing the crowd, not the other team,” Lexie Brown said. “But it was fun, it’s all in good fun. (Natasha) and DiJonai have been killing it this entire season, so to get this last win against them feels good for me though.”

KEY MOMENT: Trailing by a 62-59 margin late in the third quarter, Team Brown went on a 15-2 run over a three-minute span to claim a 74-64 lead on a lay-up by center Kalani Brown. Team Brown never trailed from that point and led by as many as 10 points late in the fourth quarter.

NOTES: Earning MVP honors were Kalani Brown (+90), Cloud (+60) and Wilson (+30). Kalani Brown earned the most points on the court with 536 points overall, while Cloud added 413 and Wilson tallied 367 on the penultimate night of the season.

Cole ran her streak of consecutive double-digit scoring efforts to seven games while tallying a game-high eight assists. … Walker knocked down five 3-pointers as part of her 6-for-9 effort from the field. … Wilson now boasts six double-digit scoring performances this season. … Cloud reached the 30-point mark for the third time this season, which matches Tianna Hawkins for the league high. … Cloud also set a league single-game high with 16 made free throws. … Carrington has reached double figures in scoring in all 14 games this season, and has a league-high 11 outings with 20 or more points. … Imani McGee-Stafford had 12 rebounds for Team Cloud, her third double-digit rebounding performance of the season, giving her 27 rebounds the last two games. … Manis, who signed a WNBA training-camp contract with the Seattle Storm, reached double figures in scoring for the sixth time this year.