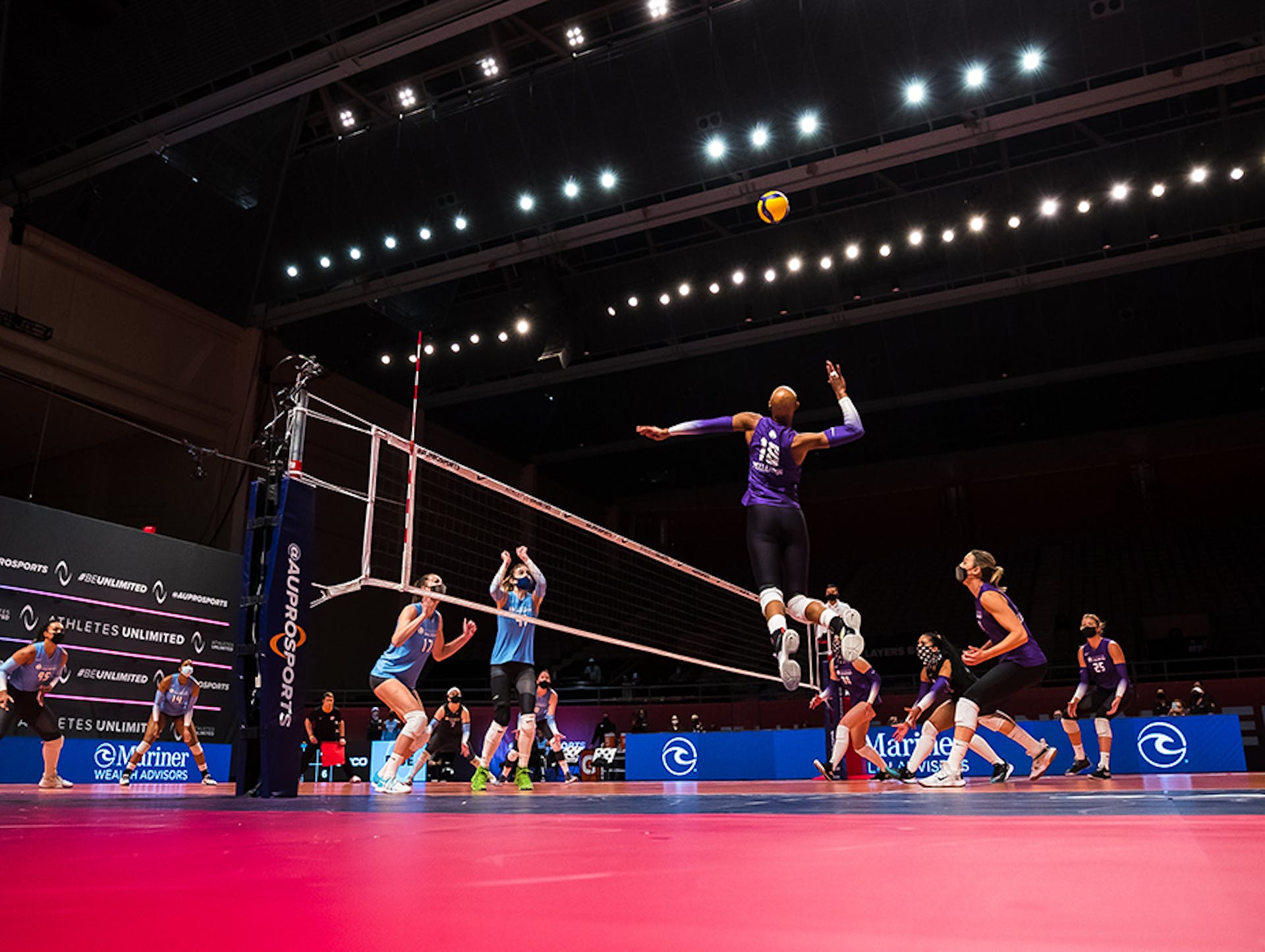 Outside hitter Jordan Larson earned the No. 1 captain position for the Week 2 Draft by finishing the weekend with 1021 points. Heading into the final match of the weekend, Larson led the leaderboard with 702 points. A 2-1 win in sets, along with a close match win over Team Clark, helped Larson add another 319 points to her total.

In Set 1, Team Sybeldon comfortably led and finished the set 25-18, earning each team member 40 win points. Larson earned most of her stat points from digs, obtaining 20 from four digs. On Team Clark, outside hitter Leah Edmond boosted her stat total while helping her team by getting five kills for 40 stat points.

Despite a 7-point lead in the overall score by Team Sybeldon after the first set, Team Clark overcame the lead that Team Sybeldon built in their point margins. Team Sybeldon appeared out of rhythm in the second set as Team Clark emerged with more energy. Edmond helped her team surge ahead with a serving run that left Team Clark with a 23-14 lead.

A crucial moment came at 17-13 when outside hitter Deja McClendon was granted a kill off a touch of Taylor Morgan’s hand at the net, but Clark challenged the call and won it. The overturned call allowed Edmond to continue the momentum of her run.

Edmond had three aces during her 8-point run, giving her another 36 stat points.

The teams headed into Set 3 with Team Clark leading the overall score 43-39. At 18-16, middle hitter Lauren Gibbemeyer got an ace and then went on a 2-point serving run. From there, Team Sybeldon got the side-out immediately with a kill from opposite Alex Holston. Setter Kaylee Manns then went on a 3-point run to put the team up 24-18. Lowe closed out the match with a kill, earning herself another eight stat points and securing her team the match win at 64-61. The set win, along with the match win, gave each of her teammates another 100 points.

For the match, Lowe had 16 kills with only two errors on 27 attempts, earning her 132 stat points. She was voted MVP 1 for another 60 points, which gave her 332 points for the match. Those points, along with the 543 other points that Lowe had accumulated throughout the weekend, secured her position in the second captain spot with a total of 875.

Larson finished the match with eight digs, one ace, and 12 kills on 29 attempts for a .380 attack percentage. Her performance earned her MVP 2 honors, which contributed 40 points and brought her total to 1021 points for the week.

“We have some time [heading into the draft tomorrow], so I’m really trying to debrief and understand the leaderboard to see who’s ranking where,” Larson said. “Obviously, we had great team chemistry as well, so we’ll see what happens.”

Rookie Leah Edmond ended her professional debut weekend with nine kills and a .420 attack percentage during the match. Edmond received 20 points as she was named MVP 3 to give her 220 points on the night. Those points gave her 756 overall and secured her the third captain’s spot.

Earlier in the night, Bethania de la Cruz earned 219 points for her performance on Team King, putting her at 750 overall and granted her the final captain’s spot.

On Tuesday, Mar. 3 at 6 p.m. ET/5 p.m. CT, each of the captains will draft their teams for Week 2 of competition. The draft order will be De la Cruz (Purple), Edmond (Blue), Lowe (Orange), and Larson (Gold). Fans can tune in live on Facebook.