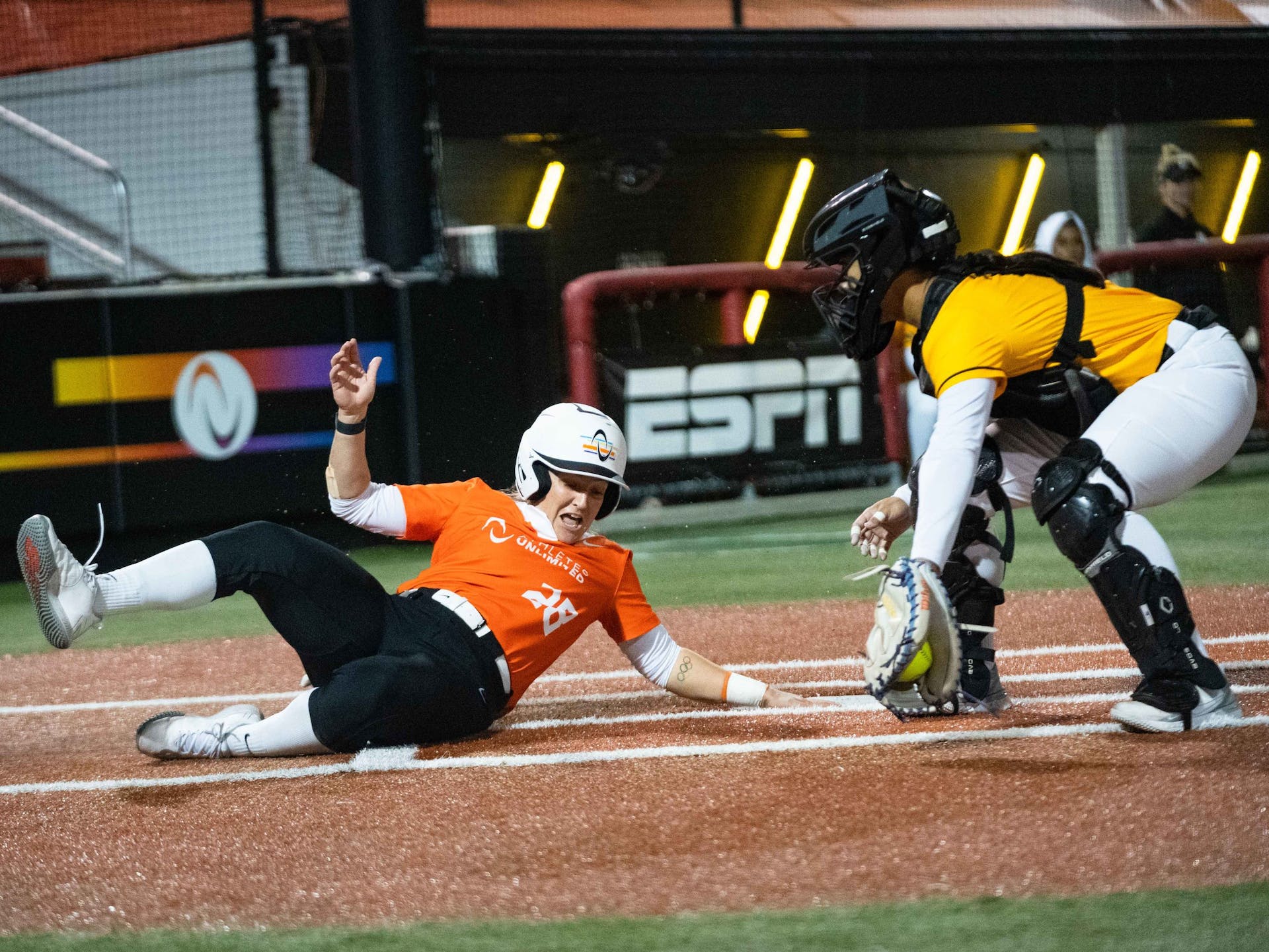 For Team McCleney, having three innings with three runs each provided a 9-6 victory over Team Mulipola to close Week Three of the 2022 Athletes Unlimited Softball Championship Season on Sunday night at Parkway Bank Sports Complex.

The win allowed Team McCleney to complete its weekly schedule with a 2-1 record, while Team Mulipola finishes its set with a 1-2 mark.

Corner infielder Danielle Gibson was the catalyst for Team McCleney’s victory by going 2-for-4 with her first home run of the season in the second inning. Gibson, who secured a game-high 210 leaderboard points in the victory, claimed MVP 1 honors for her efforts.

Meanwhile, captain Haylie McCleney piloted her team to its second straight win by going 3-for-4 with two singles and a double while scoring during the pivotal seventh inning. McCleney finished the night with 188 leaderboard points, including 40 points as the MVP 2 pick.

Pitcher Taylor McQuillin earned her first win of the season in the circle after allowing just two walks with a strikeout in the sixth inning. Mariah Mazon nailed down her first save of the year after striking out two hitters in the final frame.

Outfielder Shannon Rhodes secured MVP 3 recognition after blasting a pair of home runs in the loss for Team Mulipola. She belted a solo shot to right field in the first inning before adding another solo home run in the fifth inning to center field.

Carrie Eberle was tagged with the loss after giving up three earned runs on seven hits over 5.0 innings with three strikeouts and four walks.

With the score tied at 6-all heading into the seventh inning, Team McCleney scored three times in the final frame to claim the victory. McCleney drove in the eventual game-winning run with a single through the right side before outfielder Victoria Hayward brought her around to score on a single and two-base error, which also plated shortstop Sis Bates.

Despite the loss, catcher Dejah Mulipola will serve as the Gold captain for the second week in a row in Week Four, while McCleney, Jaquish and Chidester will join her at the draft tables for another week. Pitcher Rachel Garcia rose 10 spots up the leaderboard after the victory by Team McCleney.

Our 2022 Softball Athletes & their causes