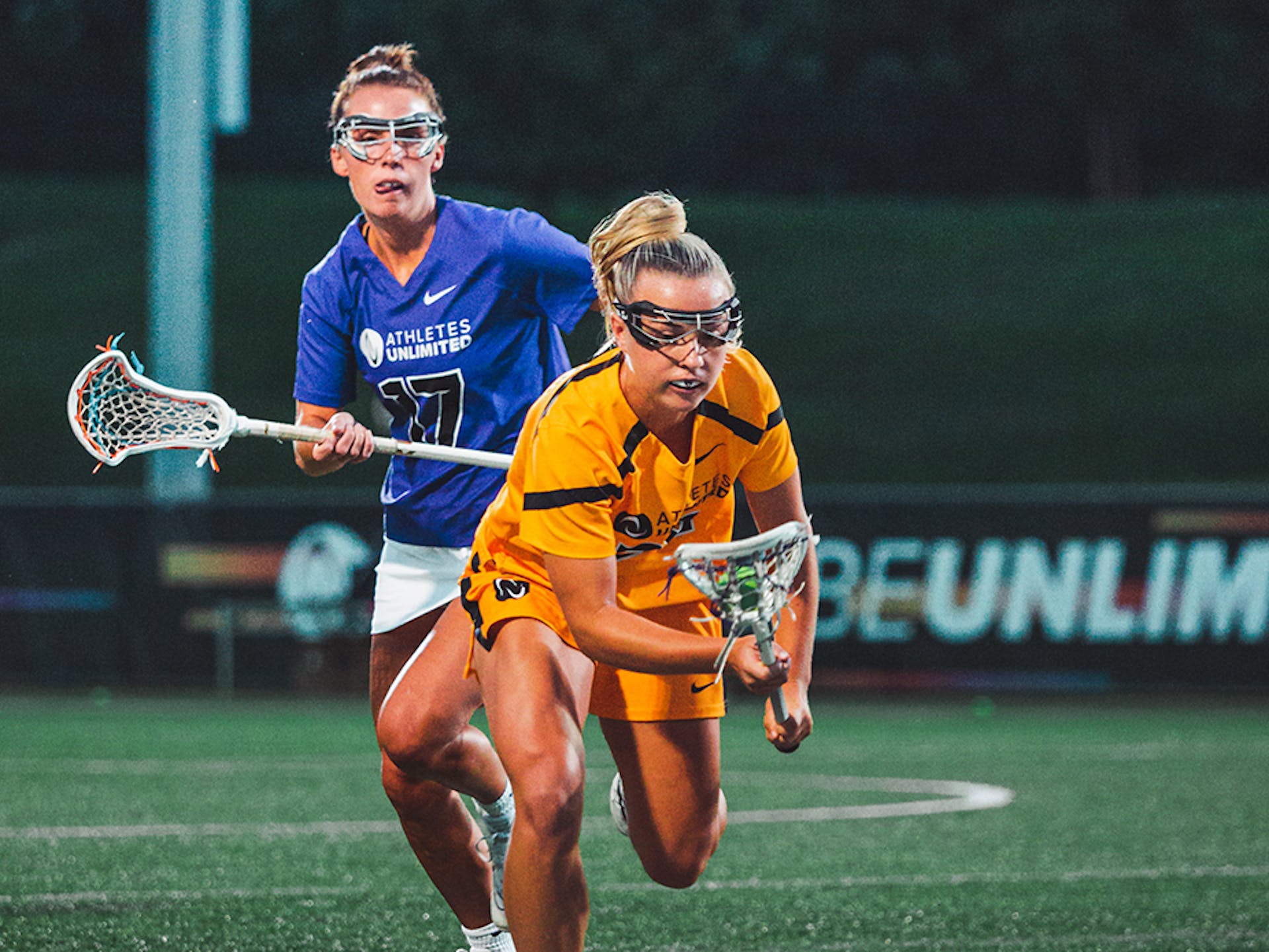 SPARKS, Md. — As the days count down to the end of the 2022 Athletes Unlimited Lacrosse season, so do the opportunities to make a move on the leaderboard.

For Team Moreno midfielder Kelsey Huff, Thursday night’s game against Team Glynn provided the rookie from USC a chance to make her move. And she certainly took advantage of it.

Huff erupted for a single-game record-tying five goals, including a pair of two-point markers, and racked up 210 leaderboard points while charging Team Moreno to a 13-8 victory at USA Lacrosse Headquarters.

Honored as the game’s MVP 1 selection, Huff notched her second hat trick as a professional in the first 23 minutes of the game before tacking on two more goals in the fourth quarter. Huff had scored six total goals in her previous five outings before the five-goal explosion in the victory.

While Huff was making moves on the offensive end of the field, fellow rookie Ally Palermo was taking control on the defensive side. The recent Northwestern graduate, who set a season high with 187 points, secured MVP 2 honors after authoring her first goal as a professional while notching four ground balls, three caused turnovers and a draw control.

Goalkeeper Taylor Moreno, who started her third straight week as a captain, notched seven saves with a ground ball and a caused turnover to remain in the hunt for the individual crown.

Kady Glynn, Moreno’s counterpart, was named as the MVP 3 choice following a 13-save performance, which set a personal Athletes Unlimited career high. Three different players scored twice in the loss for Team Glynn, which was outshot by a 31-19 margin.

After the teams traded goals three times in the opening 12 minutes of the game, Team Moreno ran off six straight goals over the next 18 minutes to take an 11-3 advantage it did not relinquish. Attacker Kenzie Kent netted three of her goals during the run, while Huff struck twice, including one of her two two-pointers.

Moreno stands second in the league leaderboard behind attacker Sam Apuzzo entering Saturday’s game, but the margin is just 20 points. Meanwhile, Huff’s heroics elevated her eight spots on the leaderboard to the No. 7 position.