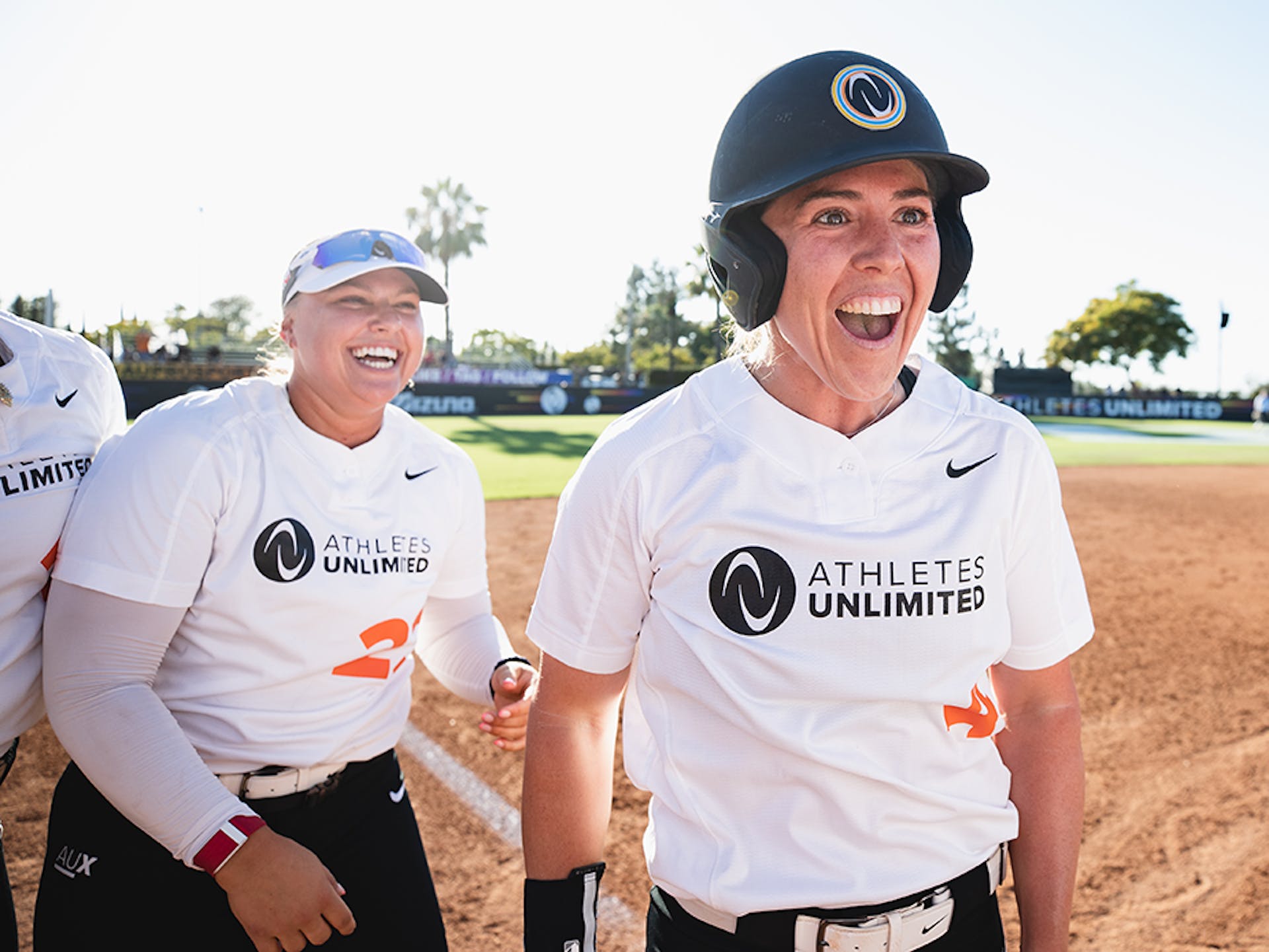 SAN DIEGO — Pitcher Rachel Garcia was going to do everything in her power to get Team O’Toole to the winner’s circle during the first game of Thursday’s AUX Softball doubleheader at SDSU Softball Stadium.

And it certainly showed on the scoreboard and the leaderboard as Team O’Toole outlasted Team Zerkle for a 4-3 victory in eight innings to begin the final series of the season.

Garcia, who accrued 228 leaderboard points, earned the win after throwing the most innings by a pitcher this season. The former UCLA standout spun 6.2 scoreless innings and scattered just three hits while striking out a season-high six hitters.

In addition to her performance in the circle, Garcia went 2-for-3 at the plate and was named MVP 1 for the third time this season to receive 60 points as part of her total.

Middle infielder Sierra Romero and corner infielder Amanda Chidester each registered two-hit performances for Team O’Toole, which outhit Team Zerkle by a 9-6 margin. Chidester earned MVP 2 distinction for the performance, while Romero was the MVP 3 honoree.

After Team Zerkle forced extra innings by scoring twice in the top of the seventh inning, Team O’Toole secured the victory in the bottom of the eighth inning when Chidester singled down the left field line to bring home Romero.

Team captain Danielle O’Toole moved into first place on the leaderboard with her 80-point performance in the victory. She joins catcher Dejah Mulipola and outfielder Morgan Zerkle as the first players to reach 1,000 points on the leaderboard this season.

'We have to be seen': Aleshia Ocasio uses platform to empower change