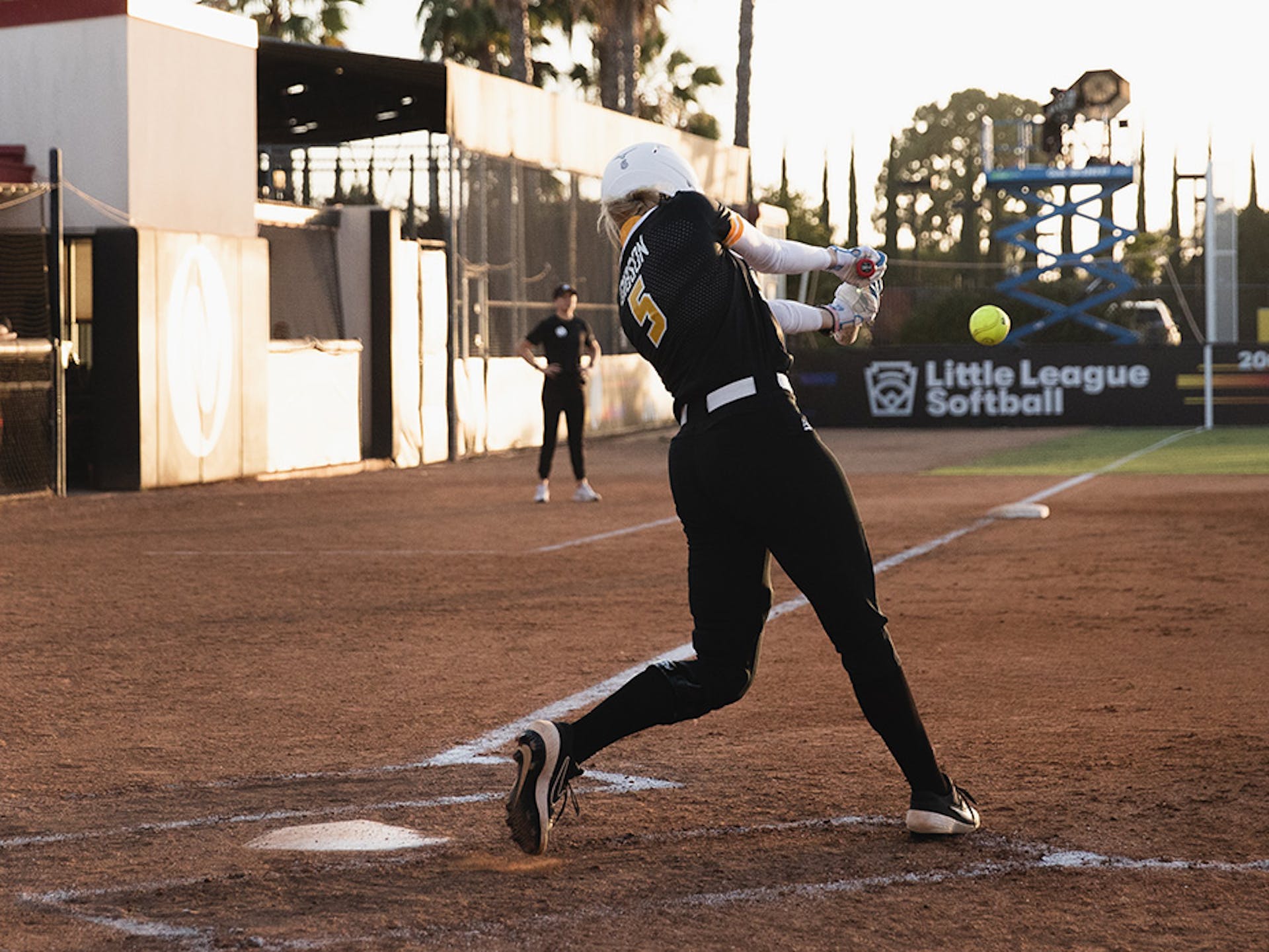 SAN DIEGO — Team Ocasio used home runs to its advantage on both the scoreboard and the leaderboard as the squad’s four long balls earned an extra 160 leaderboard points in addition to a 5-3 victory over Team Eberle in the opening game of Wednesday’s AUX Softball doubleheader at SDSU Softball Stadium.

Corner infielder Danielle Gibson paced the offensive attack for Team Ocasio in the win, blasting two home runs en route to 250 leaderboard points. The former Arkansas standout, who went 2-for-3 in the game, hit a solo shot in the second inning before adding another homer in the third inning.

Corner infielder Nadia Taylor added her first home run of the season along with a two-run homer from middle infielder Sydney Romero.

Starting pitcher Rachel Garcia earned her first win of the season after allowing three runs on five hits over 5.0 innings. She also registered three strikeouts and did not concede a hit in her final three innings. Team captain Aleshia Ocasio gave up one hit over the final two frames to earn her first save of the season.

Outfielder Megan Wiggins led Team Eberle in the loss with two hits and a run scored, while middle infielder Caleigh Clifton drove in a pair of runs with a double in the first inning.

Team Eberle took a 2-0 lead in the first inning on Clifton’s double before the home run barrage began for Team Ocasio. Gibson got things started with her first professional home run in the top of the second before Romero’s two-run blast gave Team Ocasio a 3-2 lead. After an RBI single by Wiggins evened the score, back-to-back home runs from Gibson and Taylor extended the advantage to 5-2 one inning later.

Gibson’s 250 points moved her up 18 spots to the No. 2 position and she finished the game just points behind catcher Dejah Mulipola for the lead. Taylor also made a large jump on the leaderboard, rising 17 spots to the No. 5 position at 416 points.