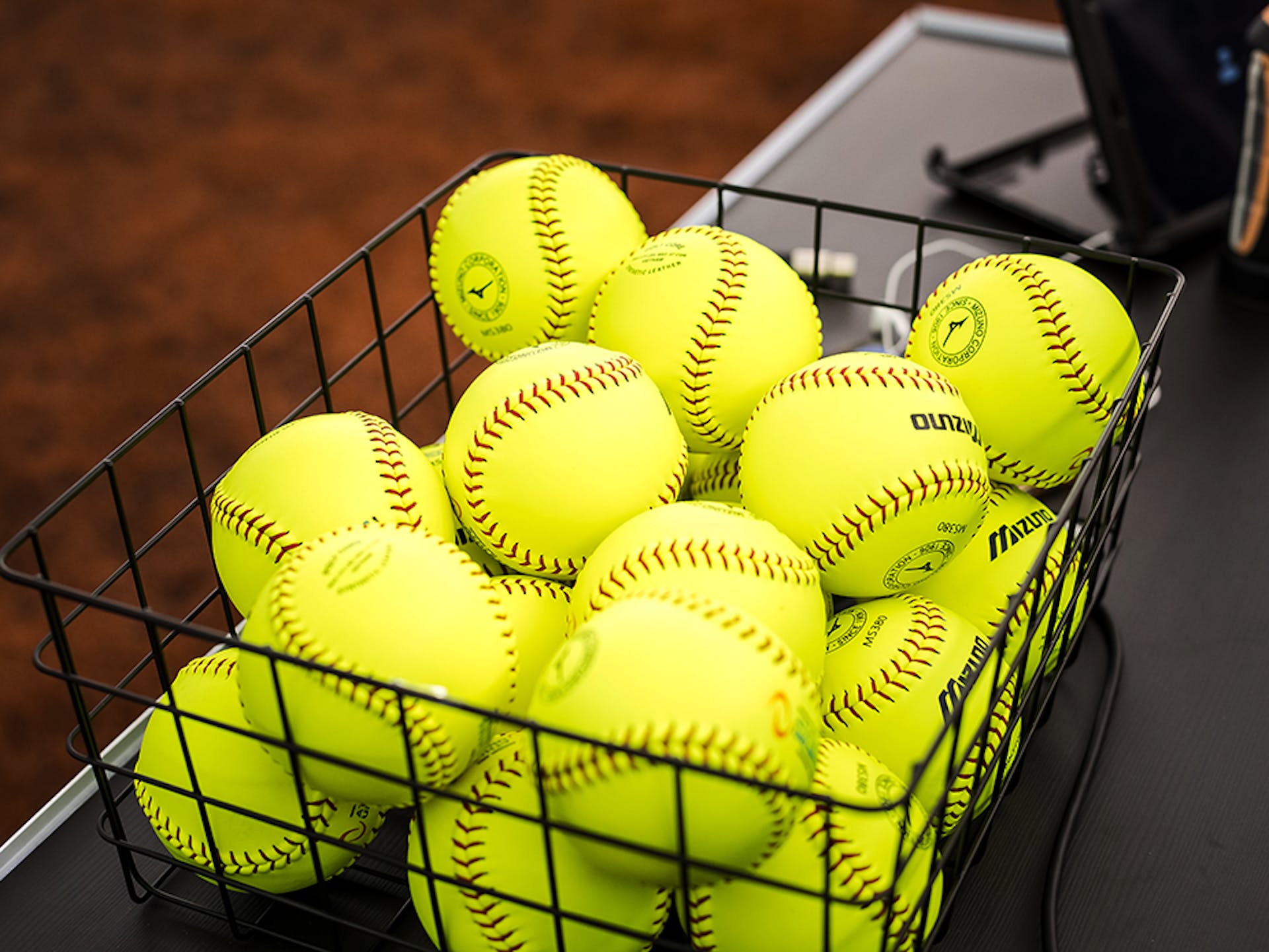 Athletes Unlimited completed its inaugural Softball College Draft this evening on Facebook inviting 12 of the NCAA’s top players including UCLA pitcher and Team USA member Rachel Garcia, University of Washington Middle Infielder Sis Bates and University of Oklahoma pitcher Giselle ‘G’ Juarez to join contracted returnees and free agents to make up 60 of the sport’s best competitors for its second season to be held at Parkway Bank Complex in Rosemont, IL, from August 28 – September 27.

All 30 Athletes Unlimited softball games will broadcast or stream around the world as part of an unprecedented distribution package that includes CBS Sports Network, FOX Sports, FOX Deportes, Facebook and YouTube. In addition, Athletes Unlimited announced that tickets for all games will go on sale in June. For updated ticket information and COVID-19 safety protocols, please visit www.AUProSports.com/tickets/.

“The Softball Player Executive Committee has spent many hours over the last few weeks combing through film, debating different players, talking to coaches across the country, and ultimately deciding on the 12 draftees announced tonight,” said Gwen Svekis, member of the Athletes Unlimited Softball Player Executive Committee. “We could not be more excited to celebrate these amazing players and their accomplishments over their collegiate careers and hope that they all decide to join the Athletes Unlimited family.”

“I want to congratulate the 12 college players selected to join our world-class roster of players from around the world who will compete on the field in our second season this summer,” said Jon Patricof, CEO and Co-Founder of Athletes Unlimited.  “I know I speak for all of us and most importantly the players, that we are incredibly excited to be welcoming fans to attend games in person. We can’t wait for fans to be back in the stands!”

Garcia is a three-time gold medalist with Team USA taking home titles at the 2018 WBSC Women’s World Championship, 2019 Japan Cup and 2019 Pan American Games. She will also be representing Team USA at the 2020 Summer Olympics.  She helped UCLA win the 2019 Women’s College World Series (WCWS) Championship and was named the WCWS Most Outstanding Player. As the nation’s best softball player in 2018 and 2019, she earned the Honda Sports Award and was named USA Softball Collegiate Player of the Year. She also won the 2019 Honda Cup as the top female athlete in the nation.

Bates was named a Top 10 Finalist for USA Softball Collegiate Player of the Year, is the all-time leader in Husky history with 18 triples and is the third player in program history to record 300+ hits. Her 308 hits are just 10 away from the all-time Husky record. She is a two-time NFCA First-Team All-American (2018, 2019) and Pac-12 Defensive Player of the Year (2018, 2019). Bates was also a member of the USA Women’s Junior National Team which won a gold medal at the 2017 WBSC Junior Women’s World Championship.

Juarez was named 2019 Big 12 Pitcher of the Year at Oklahoma and has continued her success in 2021. In 86.1 innings, she has posted a 2.59 ERA and a 15-1 record with 108 strikeouts. As a junior in 2019, she threw two perfect games, becoming just the second player in program history to register multiple perfect games in a season. She ranks second in Oklahoma career history in opponent batting average (.150) and strikeouts per seven innings pitched (10.11).

Juarez attended Arizona State for two seasons prior to transferring to Oklahoma. She has accumulated many honors, including being named an NFCA First-Team All-American in 2018 and 2019. As a member of the Junior National Team, she won a gold medal at the 2017 WBSC Junior Women’s World Championship.

Rhodes has been leading the way for the Longhorns offense in the 2021 season. She has a team-high 15 home runs and 54 RBIs. Across 46 starts, she has a .368 average at the plate and eight stolen bases.

Rhodes spent the first two seasons of her collegiate career at the University of Oregon where she was named to the 2018 NFCA All-Pacific Region Second Team and helped the Ducks to the Pac-12 Conference title and a berth to the Women’s College World Series. As a freshman, she earned Pac-12 All-Freshman honors and was named the Eugene Regional MVP.

Mulipola returned to the Arizona lineup after redshirting the 2020 season to train for the 2020 Olympics with USA Softball on its Stand Beside Her Tour. She’s hit .395 in 45 games this season with 49 RBIs and 15 home runs. Among other honors, she is Arizona’s first catcher since Leah Braatz in 1998 to be named first-team NFCA All-American, which she earned in 2019. That year, she was also named the Johnny Bench and NFCA Catcher of the Year.

Mulipola has been a member of Team USA since 2019 and won gold medals at the 2019 Japan Cup and Pan American Games. She also won a bronze medal at the 2018 USA Softball International Cup.

Fiser has cemented herself in Gopher softball history. She ranks third in career wins (95) and fifth in career strikeouts (923). So far this season she has posted a 2.02 ERA with 112 strikeouts and a 13-6 record, and is one of 10 finalists for the 2021 Senior CLASS Award. She led the Big Ten and ranked third in the NCAA with 145 strikeouts during the shortened 2020 season.

Fiser was named 2019 Big Ten Pitcher of the Year and a NCAA First Team All-American after posting a 1.27 ERA with 346 strikeouts. That same year she set a school record and matched a conference record with six Big Ten Pitcher of the Week awards and ranked third in the NCAA with 31 wins. She also led the Gophers to their first ever WCWS in the NCAA era, and was named a Honda Cup Award and USA Softball Top-25 Player of the Year Finalist.

Harper ranks second in Arizona softball history in home runs with 88 behind Athletes Unlimited infielder and former Wildcat Katiyana Mauga. Harper is chasing the NCAA home run record, held by Lauren Chamberlain with 95 homers, and is the active career leader in home runs. During the 2021 season, she has posted a .331 average behind the plate with 40 RBIs, including six in one game.

She is a two-time NFCA All-American at two different positions (first base and shortstop) and led the Pac-12 in home runs in the 2019 (29) and 2020 (10) seasons. A power bat at the plate, she has finished either first or second in each season of her career.

Bryan joined the Louisiana Softball roster as a graduate transfer for her extra year of eligibility. In her first season with the Ragin’ Cajuns, she has led the team in batting average, hitting .434 in 50 games. She has also hit five home runs, 10 doubles, and four triples, driving in 36 runs. She leads the team with 31 stolen bases on 33 attempts.

Bryan began her collegiate career at University of Georgia in 2017 where she was an All-SEC and NFCA All-Region selection. During the shortened 2020 season, she hit 11 home runs which co-led the SEC and ranked fourth nationally.

During the 2021 season she has hit .445 with 19 homers and driven in 54 runs, both of which are career highs. Williams was named the 2019 Big 12 Softball Student-Athlete of the Year and is a three-time CoSIDA Academic All-American.

Andrews is the driving force for the Tigers in terms of her speed, fielding and impact at the plate. She is a .346 hitter in 2021 and has stolen 144 bases since joining the team 2017. She is second in the SEC in stolen bases and is the active NCAA career leader in steals. She has been named to the Final 25 for 2021 USA Softball Collegiate Player of the Year. Andrews earned SEC All-Defensive awards in 2018 and 2019 and is a SportsCenter regular with her catches.

Eberle spent the first three years of her collegiate career at Virginia Tech where she was named 2019 ACC Pitcher of the Year before transferring to Oklahoma State in 2020. She ranked fourth in the nation with a 0.46 ERA in her first season with the Cowgirls and earned second-team All-America honors from Softball America.

Denham has thrown three no-hitters at Arizona and is the first UA pitcher to throw multiple no-hitters since Kenzie Fowler (2010-2014). In 120 innings this season, Denham has a 17-6 record, 94 strikeouts and a 1.69 ERA. She is a two-time third-team All-Pac-12 selection. Prior to attending UA, Denham played her freshman season at Louisiana Lafayette, where she was named Sun Belt Freshman of the Year and All-Sun Belt First-Team member.