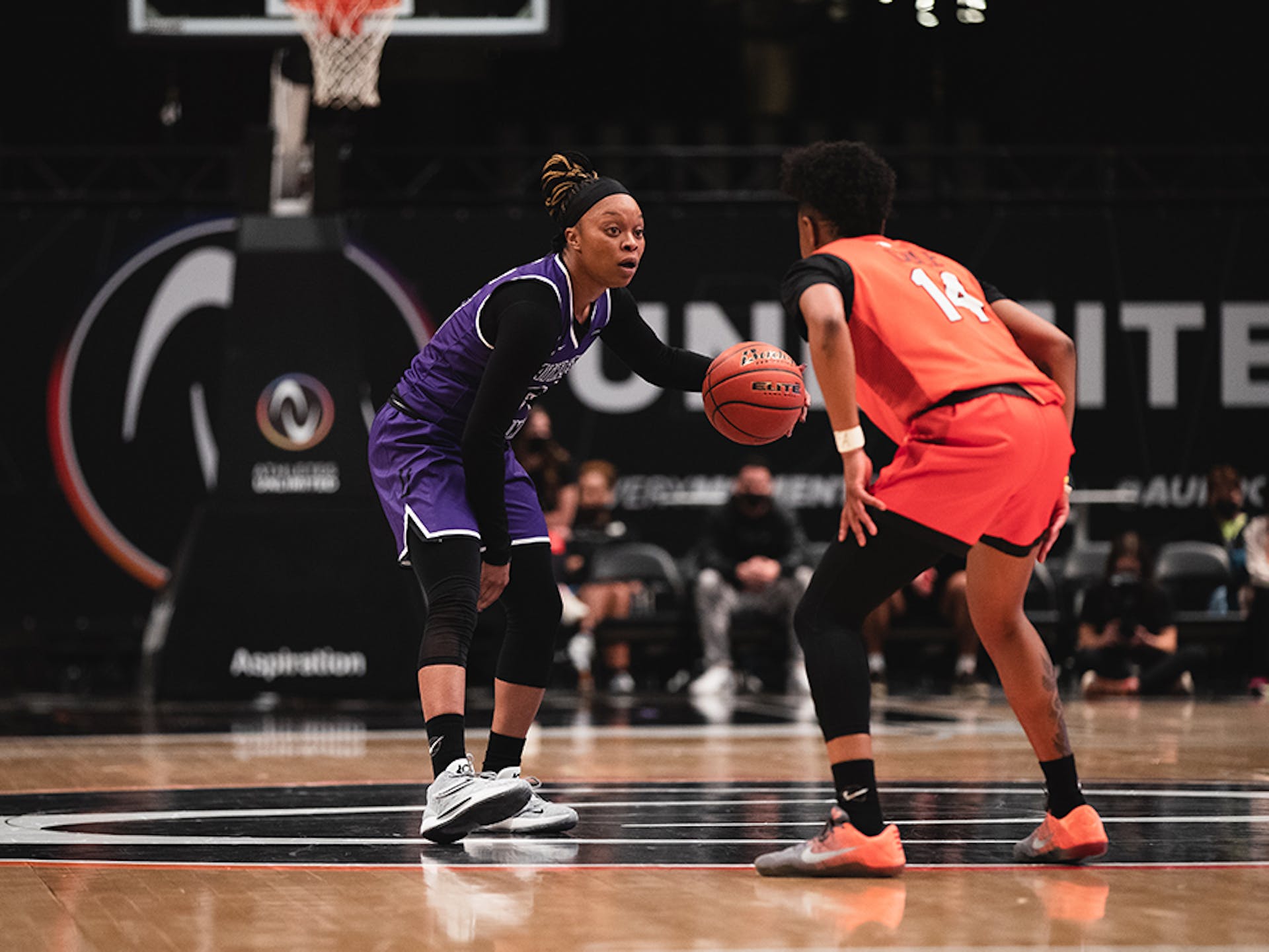 LAS VEGAS — The penultimate week of the Athletes Unlimited Basketball season begins Wednesday, and while there are several new faces with new teams, and a Week 1 captain returning to the clipboard, the competition will be on display once again.

With Lexie Brown slated to miss Saturday’s game this week, it negated her chance to captain a team, so fifth-place Odyssey Sims returns to the captain’s chair, where she sat in Week 1.

And Sims wasted no time in gathering her lineup, by scooping sharpshooting Courtney Williams, who is averaging 14.3 points per game this season and led the league with 24 assists in Week 3. Williams had been a staple alongside Isabelle Harrison, but will now be facing her longtime ally when the teams open Friday’s action.

Sims painted the key with center Nikki Greene and forward Jessica Kuster, a pair of forces who bring different styles – both effective – under the basket.

“Just making sure I have my team balanced,” Sims said, in choosing Williams, Greene and Kuster back-to-back-back.

Team Harrison, which went 3-0 last week and will be in orange this week, will be hard to hand a loss this week. Inside and out, Harrison is stacked with talent, including the duo of Brown and Cole, who has played in the same backcourt for three straight weeks. Cole ranks second in the league with 53 assists and seventh in the league with 15.2 points per game, while Brown ranks sixth with 41 apg. and 11th with 13.7 ppg.

Tianna Hawkins, who leads the league with 25.3 points and 9.3 rebounds per game, made it to the captain’s chair for a second straight week and will wear gold. Hawkins’ guard-centric roster will include Essence Carson, Kelsey Mitchell, Tina Roy, Shannon McCallum, Marjorie Butler, Sydney Colson and Destinee Walker.

Hawkins’ frontcourt will be paced by center Kalani Brown, who was signed to the WNBA’s Las Vegas Aces training camp roster on Tuesday. Kalani Brown, who has two double-doubles this season, has scored in double figures six times and grabbed 10 or more rebounds in two games. She and Hawkins will be joined in the frontcourt by Toccara Ross and Danni McCray.

“With the experience, I feel like it’s going to carry over to the court,” Hawkins said. “We have a high I.Q. team. We have a lot of different weapons and pieces that we can put together and can score from many different areas.”

Natasha Cloud and DiJonai Carrington are together for the fourth straight week – “the big-guard combo,” as Cloud puts it – and they will don blue uniforms once again. Carrington ranks second in the league with 21.8 points per game, while Cloud ranks second with four double-doubles.

And while Cloud drafted center Drew Edelman for a second straight week, an interesting dynamic finds center Mercedes Russell also in the middle. Russell spent most of Week 3 nursing an injury and could have a major impact on Team Cloud when able to return. Rejoining Cloud, after spending Week 3 with Team Brown, will be Lauren Manis, who averaged 12.7 points and 7.7 rebounds per game in Week 3.

Week 3 wraps up Saturday starting at 7 p.m. ET/4 p.m. PT with Team Sims vs. Team Cloud and will close the week once again with the same Saturday finale, Team Harrison vs. Team Hawkins.