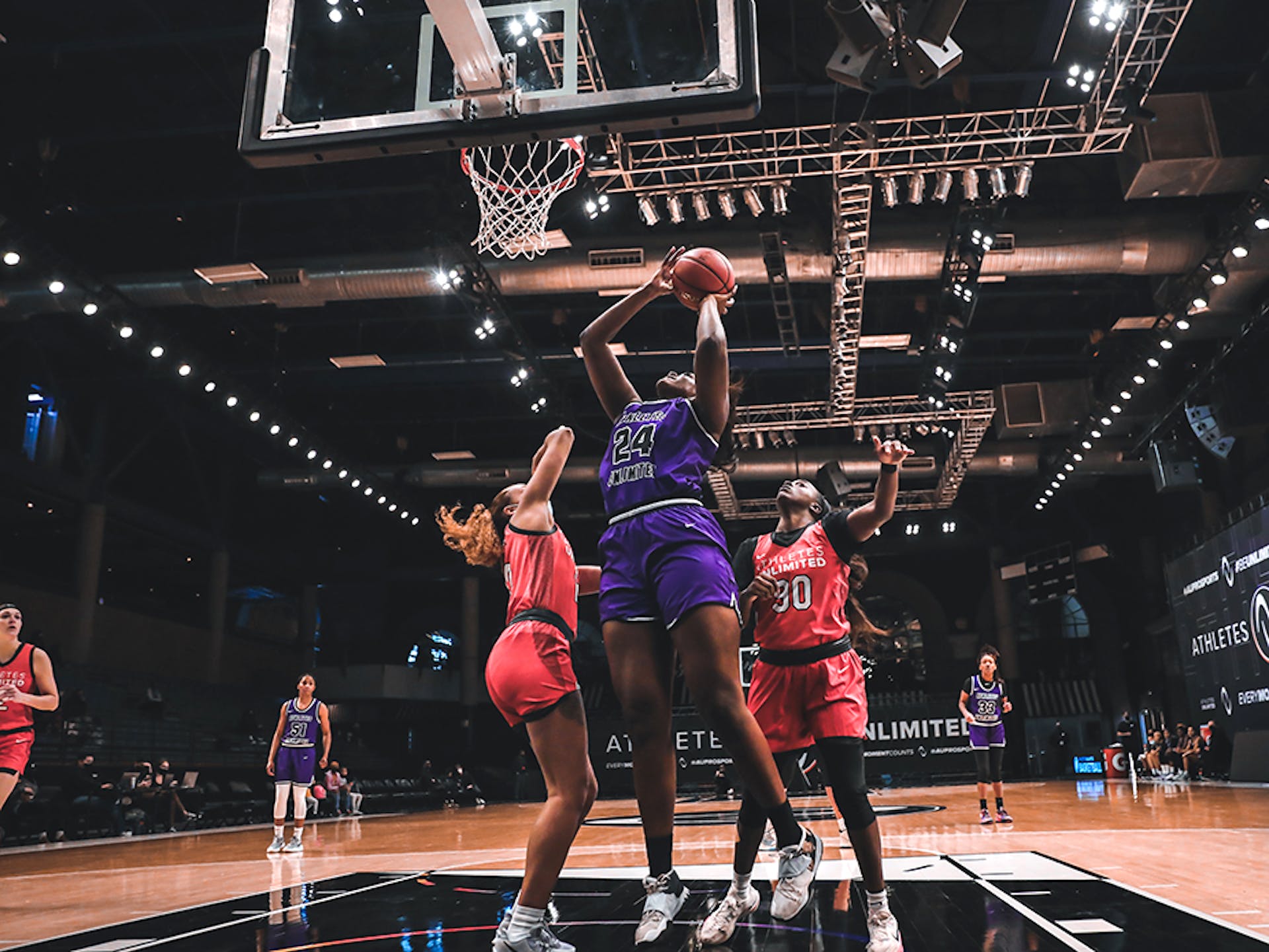 Former No. 7 overall draft pick Kalani Brown is eyeing a return to the WNBA.

In 2020, Brown was acquired by the Atlanta Dream via a trade by the Los Angeles Sparks, and was waived during the 2021 season after playing only one game.

Brown said she was reached out to by Sydney Colson, who is on the Athletes Unlimited Players Executive Committee, and athletic trainer Natalie Trotter.

“They saw I was home, and I was really debating on whether or not I wanted to go back overseas after coming out of a really bad situation,” Brown said. “You know, with everything that happened last year, I just want to show that there’s more to my character, and more to my game.”

For Brown, being a part of Athletes Unlimited serves as an alternative to play at home and be closer to her family while also setting the stage for a WNBA comeback.

She recalled feeling her lowest during the 2020 WNBA ‘Wubble’ season at IMG Academy, which made her question her future as a professional basketball player.

“Quarantine really affected me mentally, in a negative way. I wasn’t confident in myself. I didn’t like the way I looked. I had no motivation. No drive to really do anything,” Brown recalled.

Brown is the latest WNBA player to open up about mental health awareness. Players like Brittney Griner, A’ja Wilson, Kayla McBride and Liz Cambage have all spoken candidly about their mental health challenges in the past.

She credited going to therapy and her spirituality in helping shift her mindset.

“I saw a light at the end of it and realized that the best thing I could do for myself was to focus on what I could control and how I show up every day,” she said. “I was going through something and now I’m coming out of my shell and I’m in transformation mode. I’ve come a long way since two years ago in the bubble. I want people to know that I’m still here. Don’t count me out.”

Brown played college basketball at Baylor University where she won a national championship her senior year, averaging 18 points and 8.0 rebounds per game.

Now, the NCAA national champion said she is no longer allowing the expectations of others to pressure her.

“I was caring about what people had to say about me and my game,” Brown said, “But, let’s  not forget how I got to this high level. Let’s not take away what I’ve done up to this point. They want to count people out so fast. But just know we’re human. I still got a ways to go. But that’s my human process. And I want to come back to the league with a different mindset and be ready to work.”

Another key to Brown joining the inaugural season was the opportunity to use her platform to give back. Every athlete plays for a charity of their choice as part of the Athletes Causes program. GiveLively will provide funding to charities of the players’ choice equal to 50 percent of their season bonus. Additionally, players will be able to create their own fundraising pages to support the organizations of their choice.

This season, Brown will be playing for the Kay Yow Cancer Fund in honor of her grandmother, who passed away in 2006 due to breast cancer.

“I do it for her. She never had the chance to see me play,” Brown says. “One thing about my grandmother, she was a diva! So when I do it big, I do it for her. And that’s why I give it my all.”