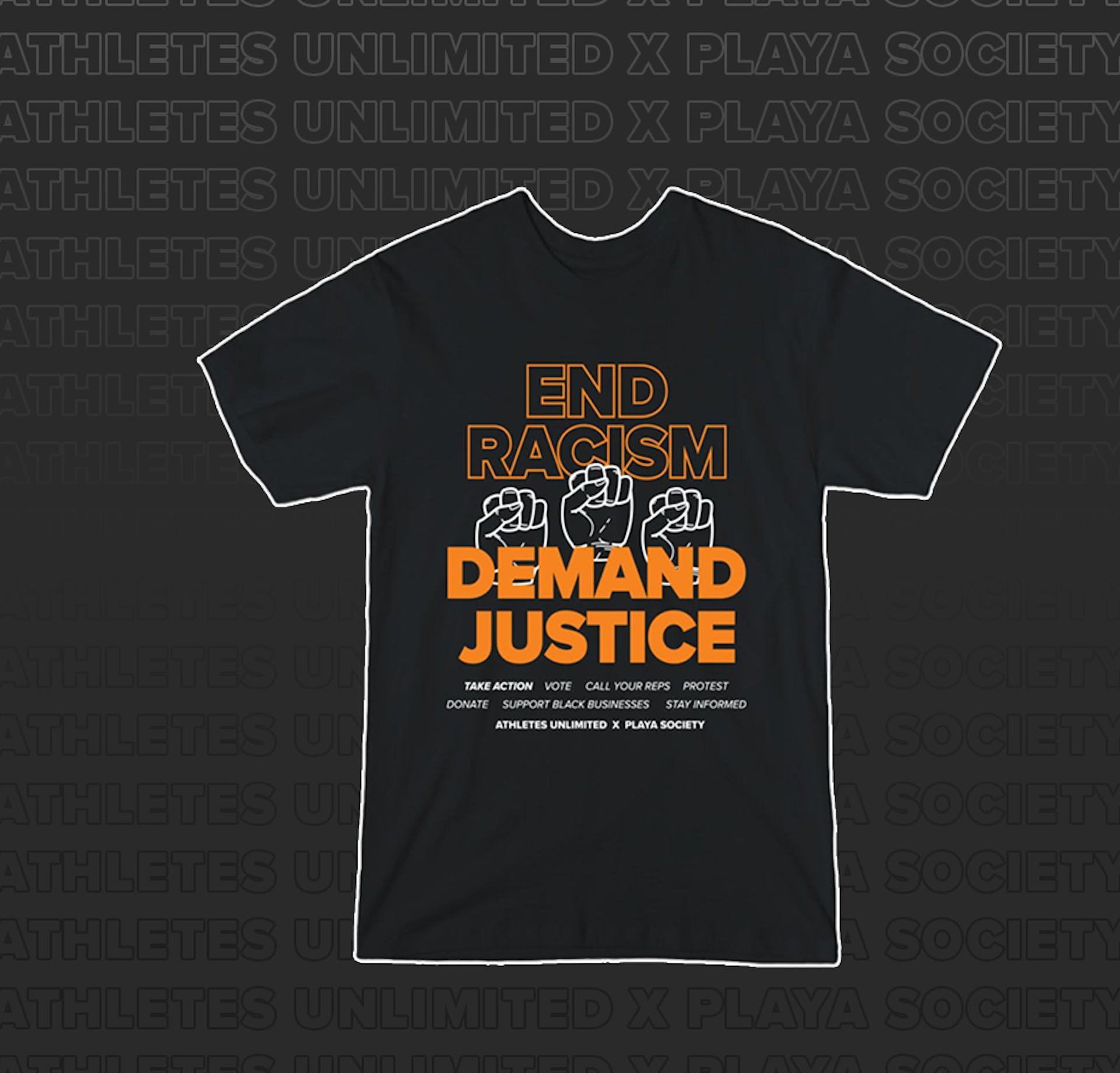 A perfect collaboration of fashion, action, and empowerment

Aleshia Ocasio had been atop the leaderboard for three straight weeks before stepping aside for personal reasons. This week, she returned to the shield to champion softball and much more.

The commitment is not just words but also action, and as with everything else it does, Athletes Unlimited has elevated the strength and leadership of its athletes.

The former Florida Gators pitcher along with Jazmyn Jackson and Erika Piancastelli on the Racial & Equity working group have defined their work into four pillars and specific goals under each pillar.

Goal: To build community among the players and create a safe space to discuss issues of racial equity, as well as other issues of difference and commonality.

Goal: To ensure that the content and communication with fans reflect this commitment to racial equity.

Goal: To review and adjust or use internal policies and practices to bring them in line with values that commit to racial equity

Goal: To reduce the barriers of entry for young players in the sport in which they work, expose young people in diverse communities to their sports and athletes.

Overall, the working group wants to empower softball players, fans and the greater community to be an active participant in combating racism. That is why they’ve partnered with Playa Society for an exclusive design to amplify their message.

“I thought [the connection] was huge,” Ocasio said. “You see athletes wearing her apparel – Playa Society apparel across the board in women’s sports and even some male sports.”

Playa Society is best known for its design calling to take the “female” qualifier out of conversations about women athletes.

The collaboration with Athletes Unlimited, available now exclusively on the Athletes Unlimited shop, reads “End Racism. Demand Justice” with three fists sit at the center of the design with six calls to action underneath.

“I worked primarily with Aleshia Ocasio to develop the design and talk through the concept,” Wallace said. “It’s really focused on the conversation around social justice around Black Lives Matter. The players are very passionate about voicing their unity in solidarity with the movement … so I wanted to work with them to help put their emotions and their feelings on a t-shirt.”

Since the killing of George Floyd in Minneapolis, racial and social injustice has risen to the forefront of many brand and company priorities. Performative or well-meaning but incomplete acts of solidarity are a natural residual effect of the racial reckoning happening in the United States.

One of the action items on the shirt is to support Black businesses. That is precisely the reason Ocasio was thrilled to work with Wallace on the design.

“To have this collaboration with not only somebody who is uplifting women and female athletes, but also a Black woman who is designing a shirt for us, and speaking about ending racism and demanding justice, I think that is huge,” Ocasio said.

Wallace also felt the Athletes Unlimited x Playa Society collaboration was a good fit. She was familiar with the circumstances that led to the formation of This Is Us, an independent team that diverged from the ScrapYard Dawgs after general manager Connie May tweeted a photo of the team standing for the national anthem and captioned it with a political message the players neither consented to nor agreed with.

Wallace resonated with women in sports wanting to be intentional and explicit with their platform.

“Playa Society is 100% motivated by the message … that’s what motivates me to do the work of running a brand and making t-shirts and all of that.”

Wallace also believes consumers want to wear apparel that they believe in and that promotes positive messages, especially athletes.

Ocasio is the fiancé of Natasha Cloud, the 2019 WNBA Champion and Washington Mystics guard who stepped away from the game to focus on social justice. She’s had a front seat to how women’s basketball players worked with their union and their league to amplify the messages that were important to them.

Her proximity to the Cloud and the WNBA helped her as a Black Puerto Rican to find her place in the conversation. “I’ve had the pleasure of hearing conversations of speaking with Tash, learning about their league. Yes, they are about 80% of Black women. And that does not represent the softball world at all.”

However, that has only grown Ocasio’s commitment to use her voice and what she has learned from Cloud to elevate her own sport. “I feel like I’ve had to push a little bit harder so that people don’t just look at me as an angry Black woman. I’m trying to get my voice across. And politically I don’t care because I’m fighting for something so much greater than myself. So I felt an obligation or responsibility to use my voice.”

While the shirt alone will not solve racism in the United States or elsewhere in the world, the proceeds will benefit the NAACP Legal Defense Fund – the same organization Ocasio has dedicated her Athletes Unlimited season to. The Athletes Unlimited x Playa Society shirt will also recruit allies and co-conspirators to the movement for social and racial justice who are ready to take action, Ocasio hopes.

“This is a shirt that makes a bold statement. And if you don’t agree with the shirt then … you can quote Tash with her Players’ Tribune article, ‘If you’re silent, you are part of the problem.’”