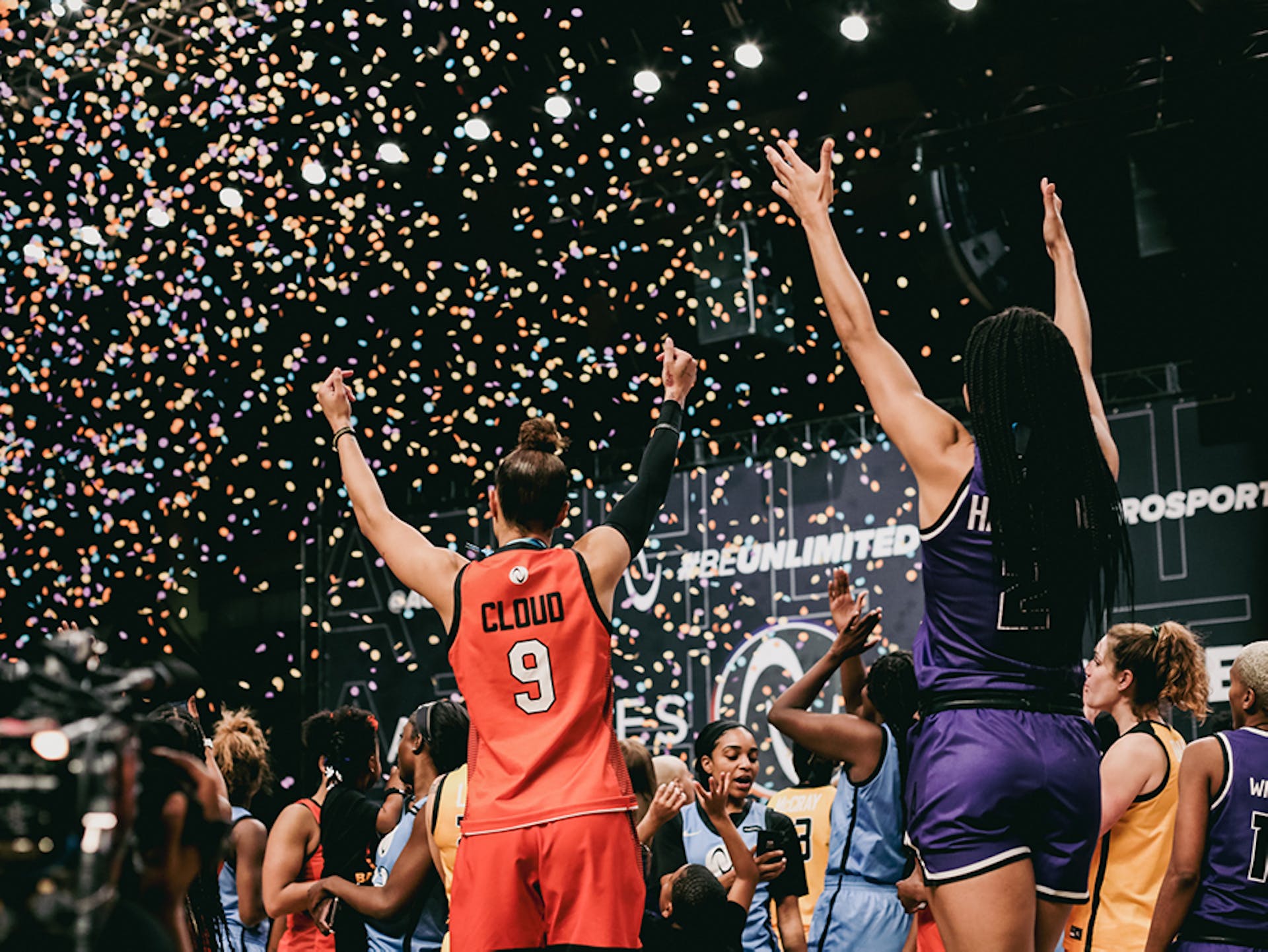 Opinion: AU Hoops left its mark and is here to stay

It seemed only fitting to bring my first year affiliated with Athletes Unlimited to closure on March 8.

After all, when you have the chance to cover and write about 44 of the greatest athletes in the world, 44 of the greatest women basketball players on the planet, 44 fantastic personalities – my thoughts seem only right to express on a day like International Women’s Day.

Unaware of what to expect, other than an upstart league that would feature four teams weekly, with new drafts after the week’s schedule was complete, I went into this venture enthused considering my adoration for women’s basketball.

It’s never mattered the level of basketball, the players I’ve subjected, nor the assignment, I’ve always been fascinated by the passion with which women step on the court, considering the lack of income many endure. High school and college players aren’t getting a dime. And the WNBA, well, we’ve all seen what’s taken place recently, right?

But in every capacity, each level, I can’t place a value on the energy and competitiveness and desire and heart and soul these women bring to the floor every single game. It’s action to be amazed by.

Which is why I wasn’t shocked when we had a double-overtime thriller in the first week of AU Hoops. Which is why I wasn’t shocked to not only see such compelling action but to hear and read such heartfelt stories. Between other journalists and I covering this five-week endeavor, I’m not sure anyone will ever see a league generate stories on just about every athlete. You won’t see that anywhere.

“The fact that we don’t have to stay in the conventional lines, and we can take the time to do more storytelling and interviewing of the players and get to know them as people and not just basketball players,” AU Hoops lead play-by-play broadcaster Cindy Brunson said. “The different views that we bring, the different camera angles, it’s an entertaining watch and an engaging watch for the fans.”

And that’s a credit to the upper brass, the workers involved, the team facilitators, and of course the players. After all, we’re talking about a player-led league that laid the blueprint so many organizations can learn from.

Led by the AU player executive committee of Natasha Cloud, Sydney Colson, Ty Young, Tianna Hawkins and Jantel Lavender, the players arrived in Las Vegas and took ownership over the inaugural season with pride. They believed in the product and put in everything they wanted to get out of it. They got so much more buy-in as an organization because of the players who took charge. The players asked for dedication from day one and then set the tone with their commitment.

Commitment, dedication, competitiveness and representation were on full throttle.

And when the players weren’t leaving everything on the floor inside Athletes Unlimited Arena, they were engaging with fans of all ages. The impact? Little girls wearing matching uniforms to games, WNBA fans wearing the jerseys of players who were participating in AU Hoops, WNBA representatives showing up to games, NFL players sitting courtside, Las Vegas Aces and Raiders owner Mark Davis attending in Weeks 2 and 5.

AU Hoops became a vibe for fans of women’s basketball. Social media was full of posts on Instagram and Twitter. The weekly draft on YouTube included throngs of viewers who were predicting where players would end up and reacting to captains swiping players they knew other captains wanted.

And in the end, the players supporting one another after hard-fought games, bringing attention to the family atmosphere of the league.

Like when one dynamic duo – Lexie Brown and Taj Cole – met on one side of the court to embrace as time was draining in a game when it was clear they were about to defeat another dynamic duo – Cloud and DiJonai Carrington – and bragging rights would only come secondary for the love all four would show to one another postgame.

“For us, that hug was ‘man we gotta win, we got one,'” Cole said. “It was just a moment, like ‘man, it’s the last week. Got a lot of love for you, love playing for you, and we just gotta win together.’

“But I’ve created bonds with everybody. I’m hanging out with Courtney (Williams) a lot. Me and DiJonai have gotten really close. Tash (Cloud) – that’s gonna be my dog forever.”

It’s the type of feeling AU Hoops left everyone involved, in front of and behind the scenes. For the families who got to come to Las Vegas to see their daughters and sisters, granddaughters, and mothers play professionally for the first time because overseas was once the only option.

“You go overseas, you make a team, but playing overseas who gets to watch you?” renowned basketball analyst LaChina Robinson said. “This is a league that, I’m sitting with GMs and head coaches of the WNBA right here, that are sitting courtside taking in games. They’re able to have their families come and watch. The games are nationally broadcasted, so you have so many eyes on the game of women’s basketball on the pro side, which is great. And you’re telling amazing stories, just getting people more interested in the women’s game across the board.”

The benefits were tremendous, the growth has tremendous potential, and it’s all because the inaugural season was so well done and very well put together. And, the energy was always an 11 out of 10.

Athletes Unlimited Basketball is here to stay. It didn’t just arrive for its inaugural season. It used a staple gun to become a permanent offseason staple for professional women basketball players.