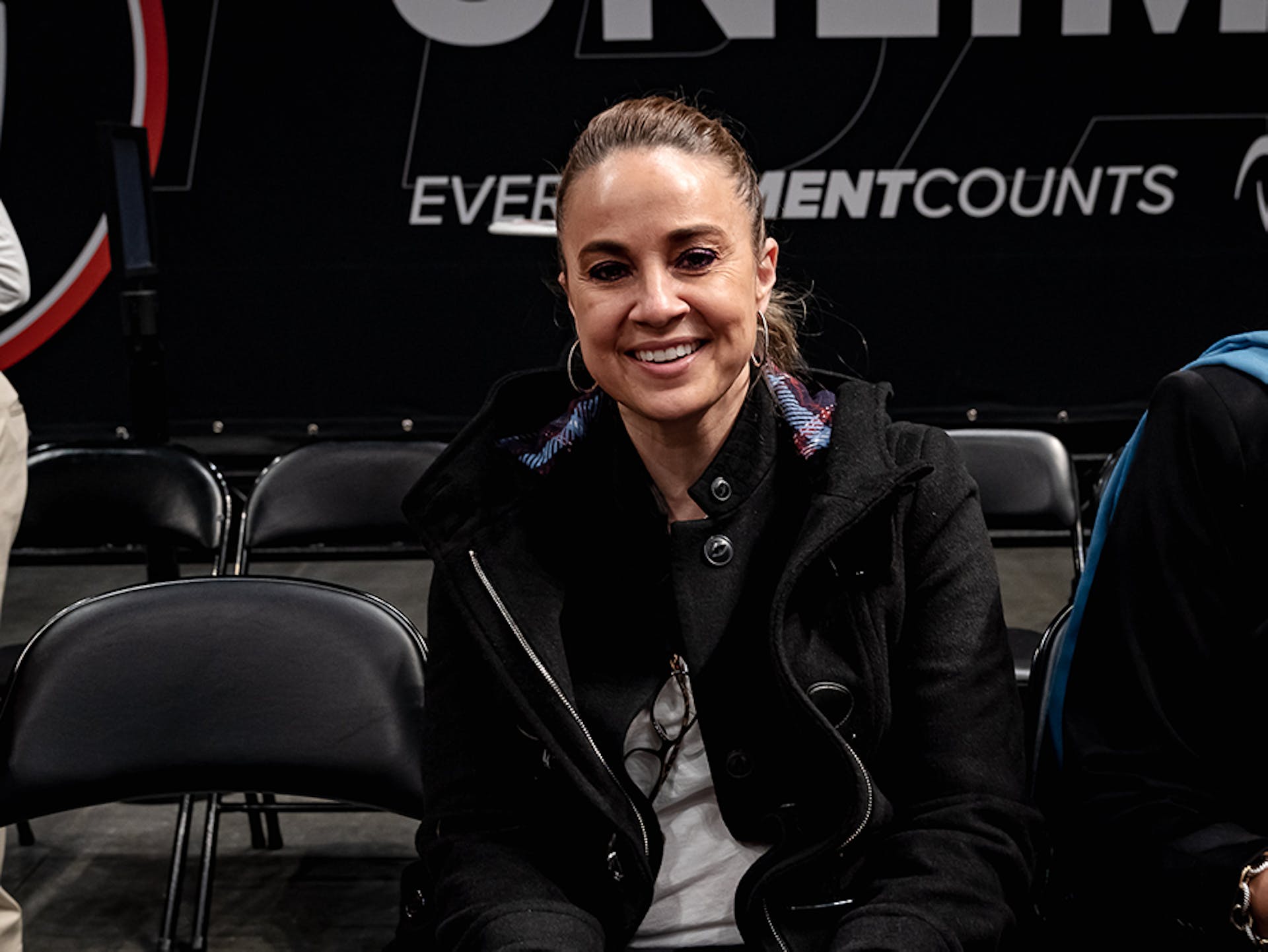 LAS VEGAS — As the most prominent professional sports team owner in Southern Nevada strolled out of Athletes Unlimited Arena, he delivered a message with a big smile:

“Thank you, we’ll be back after the Super Bowl – this is great!”

Mark Davis, owner of the WNBA’s Las Vegas Aces, marveled at the competition after taking in the action courtside on the first night of Week 2.

“I think it’s fantastic, giving the women an opportunity to compete; I can see it is very high level. I love it,” said Davis, who also owns the NFL’s Las Vegas Raiders. “I think Athletes Unlimited is doing a great job for women throughout sports. And I think that’s really important.”

Not bad to have an Ace up its sleeve.

Having three is even better.

“I think this right here, having an opportunity to have this league in Las Vegas is huge,” said Fargas, who won a national championship playing at Tennessee and was the Pac-12 Coach of the Year in 2010 while leading UCLA. “It’s a whole nother opportunity for these ladies to say I have a choice, because the way the system has been set up, there’s not a choice. The choice was just to go overseas. That was your choice. That was the only choice you’re getting. So now you have choices, and they’re able to make them strategically for themselves and for their families.”

Which is exactly what 44 of the world’s greatest women basketball players have been doing since mid-January, settling into extended-stay residences just off the famed Las Vegas Strip near Allegiant Stadium, where Davis’ Raiders play.

Women’s basketball fans have shown enthusiasm over the first six days and 12 games of action, feeding into the energy provided by exciting play. But it’s the added attendance of professional athletes, and people like the Aces upper brass, which is a sure sign Athletes Unlimited Basketball has gotten off on the right foot.

“This is my first time laying eyes on it, that’s the first time I really looked at their point structure, they’ve got to have some crazy plus-minus in this league,” Hammon said laughingly. “But to really break down where you can get ahead as a player and as a team and kind of dive into a little bit more analytically, I thought it was a super interesting concept.”

Hammon loves the fact the league was brought to Las Vegas, making things easier on her to attend games and potentially scout players, not only for her own team, but to get a preview of some of the stars her team will be facing this Summer, including the likes of former WNBA champions Natasha Cloud, Mercedes Russell, Jantel Lavender, and Lexie Brown.

But it is more than that, Hammon said, it’s about marrying professional women’s basketball with arguably the hottest athletic bed in the nation, with Las Vegas continuing to infiltrate the fabric of professional sports at every level.

Hammon said she’s been impressed with the vibe she felt Las Vegas pumping out during a week that hosted not only Week 2 of Athletes Unlimited, but the NHL All-Star Week, NFL Pro Bowl and East-West Shrine Game, saying she hasn’t experienced the kind of pro-sports energy that seems stronger than the marquees that light up Las Vegas Boulevard 365 days a year since she played in New York.

“It’s a city that I don’t think you can quantify the growth, it just keeps getting bigger and bigger,” said Hammon, a six-time WNBA All-Star and member of the 15th, 20th and 25th Anniversary teams. “So to come in and be a part of the sports world, which I think is actually – not to be cliché – but like ‘Unlimited’ in opportunity and the ability to make money. I mean at the end of the day this is business, this is entertainment, and I think the quality of product that you put out on the court, here in Vegas, and once you start to really get brand recognition, name recognition, face recognition … we’re at a pivotal time where it’s time to make the push and really see equality become a reality.”

BIGGER THAN THE ATHLETE

“I’m super excited to be part of building something that’s kind of bigger than women’s basketball,” Hammon said. “To get into the community, to be a part of these sports leagues and see these women really be given opportunities to make money to be here in the States. I think it’s just advantageous for everybody, not just the athletes.”

And as satisfying as it might have been for the Athletes Unlimited players to see the Aces triumvirate sitting courtside – along with Las Vegas stars Kiah Stokes and Riquna Williams – it was just as satisfying for Hammon to see four-time WNBA champion Sheryl Swoopes in the broadcast booth with legendary play-by-play broadcaster Cindy Brunson, the first woman of color to become the primary voice for a professional sports league.

“We have to start sharing the history and the legacy of women’s hoops, and generationally once we start to change minds that’s when we’re really going to see change in society.”

Hammon added that it’s time for women to take advantage of every opportunity, as each one given is an opportunity for growth, visibility, legitimacy and equality.

All it takes is the opportunity, she said, and the women will showcase their skill set.

“It starts with ownership, leadership,” Fargas said. “It starts with Mark Davis. It starts with those who put (together) this Athletes Unlimited. They said, ‘women are important and we’re going to invest in you,’ and then when you do that, you will see what we’re capable of doing. We’re unbelievable. Not only athletes, but look at these women in the community, look what they’re able to do for social justice, look what they’re able to do in supporting their own families. I mean, these young ladies give back and still support their families. We don’t really think about that impact, to go back home and try to uplift your own family.

“We’re also fortunate to be part of something bigger, and that is our ability to move the needle for these women, to have better opportunities, to have more access, to create a legacy that lives way past my generation. Something that’s going to be here for a long, long time.”