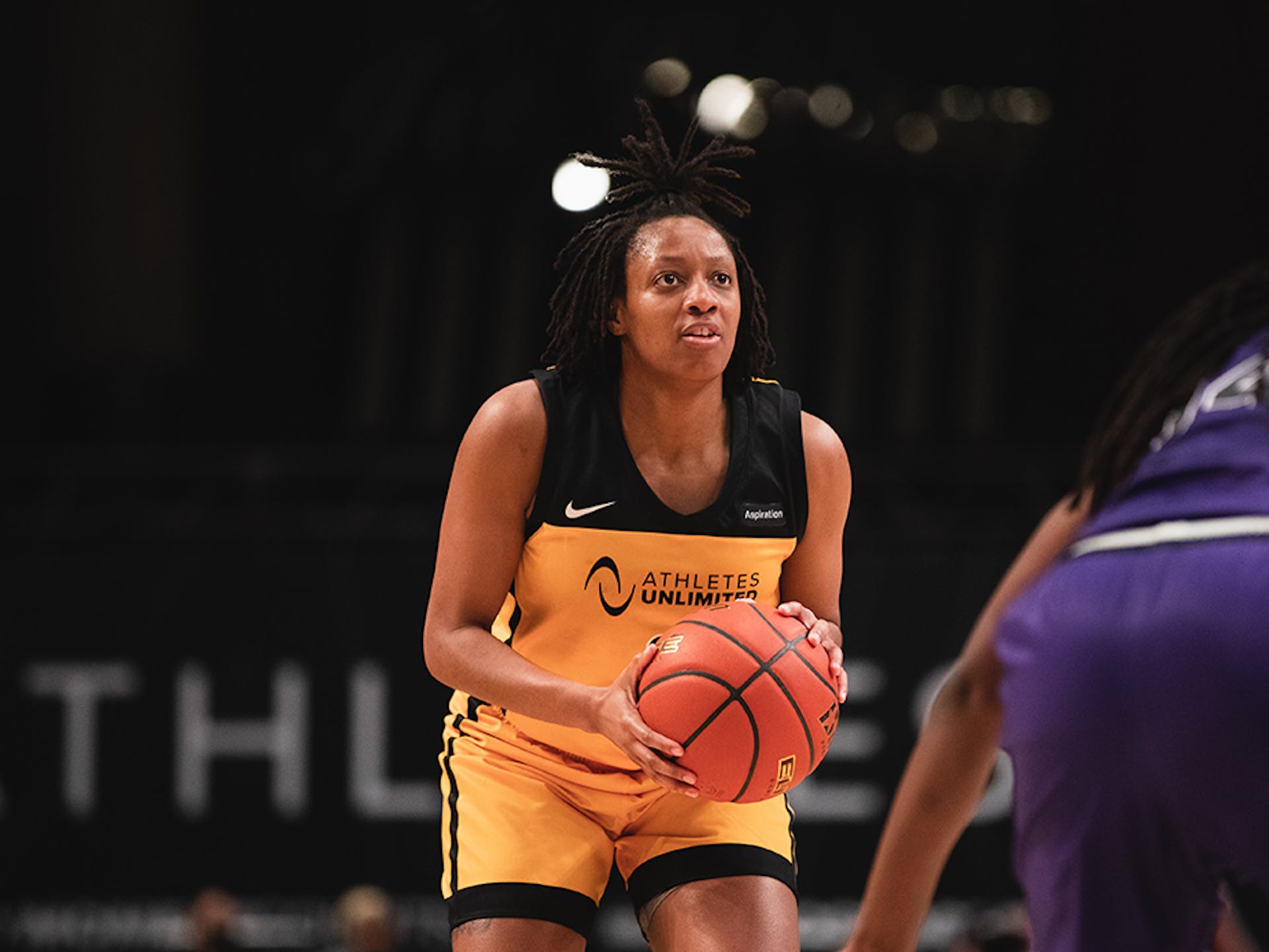 LAS VEGAS — Despite a whirlwind of adversity, Indiana Fever veteran Kelsey Mitchell refused to let that define her fifth season playing for the team.

Starting the year in Las Vegas for the inaugural season of Athletes Unlimited, Mitchell, a one-time team captain, went on to shoot in double figures during all 11 of her appearances, including back-to-back 30-point efforts to begin week four.

Mitchell said that those five weeks were some of the best basketball she’s experienced at a pro level between the W and playing overseas.

“I think Athletes Unlimited gave me that happy balance of you know, falling back in love with the game. Not that I fell out of love with it, but it started to get back to just like the foundation of why you play in the first place,” Mitchell said.

She has honed in more to those key reasons as her team currently stands last in the WNBA standings with only five wins in the 30 games played.

However, the 5-foot-8 guard has managed to average 18.4 points per game which is currently sixth in the WNBA. Mitchell also became the Fever’s third all-time leading scorer at the age of 26 in a game against the Phoenix Mercury on July 29.

Mitchell’s season came to an unfortunate end on July 30 when the team announced that she will miss the last games due to a plantar fascia tear in her left foot.

The foot injury wasn’t the only heartbreak Mitchell felt this season. Despite the numbers she was putting out on the court every night in hopes of finally receiving a spot in the All-Star game, Mitchell was not selected.

“I could easily be down about, you know, everything, obviously that went wrong this year, but I think it just made me a lot more grateful,” Mitchell said.

She said that the whole experience has just made her happy to be where she is.

“You know, just with all the pressure on her as a player and everyone always looking at her, I think she does a great job still being a great teammate and is able to, you know, uplift everyone else,” veteran Fever player Tiffany Mitchell said.

The fever being a team of mostly rookies this season, it was critical for the older players to give them that veteran guidance. Mitchell did just that.

It being her fifth year in the league, Mitchell has developed into someone that the younger players can look up to and feed off of.

“Kelsey, I’m learning a lot from her on creating my own shot, and just kind of making things happen,” Fever’s rookie Lexie Hull said about how she’s learning from the veteran.

Current head coach Carlos Knox also feels like the rookies have someone they can learn from.

“Kelsey is not just a natural vocal leader, but she does a lot of things in practice and a lot of things just around the team that allows them to understand the level that we need to be at as a team and also just her work ethic on and off the floor,” Knox said.

Through adversity, Mitchell maintained that role for those around her and although her season ended abruptly, many are excited to see what’s next for the Ohio native.